I expect many readers will have seen greetings cards on sale bearing the rather bleak words “May we live in less interesting times”, in a wry reworking of an almost certainly fictitious Chinese curse. Many of us feel we are lurching out of a pandemic into a period of political and economic turmoil of the kind this country has not seen since the 1970s, or even that the new economic woes are being overlaid on top of an ongoing public health crisis. 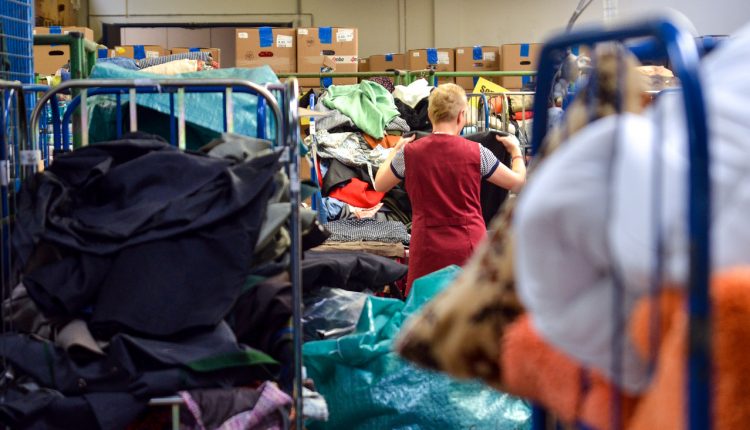 Charities have already been tested and stretched by two years of restrictions on fundraising and the closure, whether temporary or permanent, of their retail operations. Now they are facing increased costs at a time when they are also going to see the value of their assets eroded by growing inflation.

Help from the government

The government’s measures to help charities through the pandemic, while not universally felt to be adequate, did include some very welcome provisions including, of course, the ability to furlough staff and relief from business rates.  The recent announcement of measures valued at £37 billion to help households to cover rising fuel and food costs is also welcome, but charities, to whom increasing numbers of people will turn for support as they feel the pinch, are not likely to be offered any new grant schemes, loans or furlough deals to help them weather the storm, and nobody really knows when or where this inflationary spiral will peak, when and how much it will come down and how long it will take to do so.

It is striking that more than 40% of the mutual aid groups that were formed to help communities when COVID-19 hit are still operating, with their focus now shifting from helping those who were forced to isolate to providing food banks and community kitchens, and many of them have now become more formally established as charities. They join the growing numbers of food banks serving those who struggle to put food on the table; the Trussell Trust reports that food banks in its network across the UK provided more than 2.1 million food parcels in the year to the end of March 2022, 14% more than the year before the pandemic.

At the same time, there is a real possibility that donors will cut back on what they choose to give to charities as they find their disposable income no longer stretches as far as charity.  Having said that, many donors stuck by their favourite charities through the pandemic as they realised that new needs were emerging, and they may well continue to support them through what is looking increasingly like a recession in the making.

Let’s also not forget that charities can show great resilience in times of crisis, and an ability to adapt and innovate to survive. I recall predicting a wave of charity mergers and closures in the wake of the 2008 banking crisis, which I am glad to say never materialised, and it may well be that this capacity for flexibility and responsiveness will see charities through the storm.

We have seen some great examples in the sector of charities that responded to the pandemic in a highly organised way, acting quickly to identify risks and put mitigating measures in place. While they may still have some way to go before they are back at pre-pandemic levels of income, charities are likely to find ways of coping with a period of high inflation and low economic growth. Some will, we are sure, explore new sources of funding or modify their approach to any investments they may be fortunate enough to have, and the measures in the new Charities Act 2022 that will make it easier to unlock capital may help in this regard.

Others may find new ways of releasing value from their properties, whether by renting them out during any periods when they might otherwise not be needed (of particular interest to charities that manage educational premises) or by disposing of property that may have become surplus to requirements in the new era of remote and hybrid working.

Mergers may become an attractive option for some charities, as there are significant savings to be had in the medium to long term if they can find the right partner with whom they can share some of their functions.  A merger is unlikely to be the answer to a financial crisis, as any partner organisation will be aware of the dangers of taking on the liabilities of a charity that is struggling to stay afloat, but if steps are taken early enough, it can be an effective way of ensuring the continuity in the delivery of services to beneficiaries.

Should the government do more?

Thinking beyond the question of what charities can do to help themselves, I have also been reflecting on the extent to which the charity sector has changed since I first became involved, with increasing volumes of services that were previously delivered by local authorities now being outsourced to the voluntary sector.  I am all in favour of deploying the expertise of charities, and their knowledge of local needs, to help communities.  However, when I see contracts awarded to charities with no scope for price increases to keep pace with the rising wage bills or other costs, or charity balance sheets showing potentially crippling pension scheme deficits inherited from the public sector, I do wonder whether the central government may have to reverse (at least on a temporary basis) the process by which local and central government passed these risks to the charity sector.  Shouldn’t we be urging the government to put more resources into a sector on which it has come to rely so heavily for core infrastructure and services?

About the author: Paul Ridout is Partner at Hunters Law.

Is the Cost of Insurance Rising with Inflation?