Boris Johnson’s Fall & the Future of the British Economy

If a week is a long-time in politics, then a month is a veritable lifetime ago! 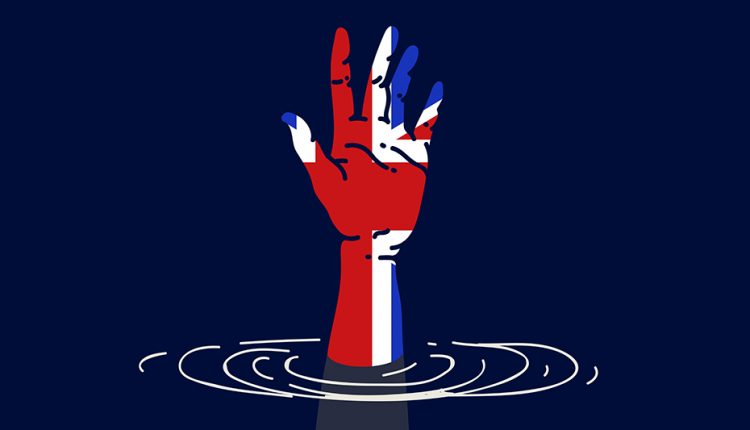 AD 69 was the year of Four Emperors in Rome – contenders for the Imperial Purple successively bidding the Praetorian Guard for the right to lead the Empire. The speed at which the Boris regime unravelled in July was shocking enough, but there was something redolent of Imperial back-stabbery in the way his potential successors immediately began bidding for the Dispatch Box with promises of tax cuts and balanced budgets to appeal to the 200,000 odd Conservative Party Members who notionally determine the next party leader and hence the next Prime Minister of the UK.

Much mud was slung between the contenders with accusations of every kind of chicanery – but amid the promises, threats and personal attacks, there has been precious little discussion of policy and plans to make the UK fit for purpose as a modern, stable, competitive, and fair economy. Instead, the choice boils down to a hard Brexiteer vs a we-simply-don’t-really-know Brexiteer – who will each try to appeal to the party vote on their anti-European credentials.

Determining how to put the UK on the right economic course is critical. We need a plan that addresses micro and macroeconomic issues – not political slogans; outlining the key objectives necessary for the UK to remain relevant in the modern Global Economy and how we get there.

There is absolutely no reason the UK should not succeed. Many of the key parts are in place. Our national finances were strained, but not irretrievably damaged by the pandemic. The economy is functional. There are wage inflation strains – that can be addressed. We remain a wealthy, diverse and demographically advantaged nation. The UK is strong in terms of global soft-power – and still punches above its weight in terms of military strength. The danger is that our increasingly factionalised and populist politics remain unfocused on the key economic issues to solve. These are essentially simple – and I’m sure the strategists in Treasury have already got the plans on file ready to hand out to whoever wins:

The issues to solve range across the micro and macroeconomic spectrum – policies to boost productivity, invention, and innovation, facilitating trade and export growth, optimising tax structures, securing micro and macro funding structures, determining and funding the changing role of state and maintaining the UK’s soft and hard geopolitical power in a constantly changing world. Simples. They are long-term objectives, and all of them could be done with enough political willpower.

Boris’ swift tumble from grace will become another footnote on how all political lives are doomed to failure – and the reasons will merit little more than a footnote in the history books.

Politics is the business of being elected and staying elected. Since Brexit, making the country actually work has been somewhat neglected. Populist politics and polarisation have dominated the agenda. Even though the Tories were left internally riven by the referendum, they had two key vote winners: i) Jeremy Corbyn, the left-wing leader of the Labour party horrified many natural Labour voters, and ii) a popular populist leader in Boris Johnson who exploited his personal popularity and Corbyn’s unsuitableness to win a landslide in 2019.

Boris’ swift tumble from grace will become another footnote on how all political lives are doomed to failure – and the reasons will merit little more than a footnote in the history books. But post-Boris, the brutal reality is there are no more excuses. Conservative Politics have to deliver. The problem for the UK is there are some topics which the Conservative Party simply can no longer address or even discuss without immediately self-immolating. It has become factionalised. Either the Conservatives sort their internal division, or we need a new government pronto.

The key issue is Brexit. Six years after the Leave vote, it is still impossible to answer the “Webster Question”: Name a single thing Brexit has made better? (Full disclosure – I voted to leave.) Brexiteers will cite the UK’s swift pandemic response and the AZ vaccine – but that’s a one-off highlighting just how good the UK can be when we put our minds to it! For all the talk of opportunities, new trade deals, and money flowing back into the economy from Brussels – the only real thing Brexit has delivered thus far is hardening antipathy with Europe. Not a single major trade deal outside Europe has been agreed upon. Terms of trade and travel with Europe have got increasingly worse.

The right economic response would be to find a compromise with Europe to solve trade issues and increase trade flows – mutually beneficial. In an era when global supply chains are in flux, inflation is rampant, where energy and food security are under threat, the UK needs access – not blocks. Yet, none of the Tory contenders will dare talk about “that which cannot be named”: the UK’s ongoing relationship with Europe. To even mention a Brexit rethink or a more constructive dialogue with Brussels – is Conservative suicide. Such talk would drive the European Reform Group into apoplexy. The Brexit Taliban’s idea of engagement with Europe is to immediately refuse it. No Tory contender can dare upset them.

The second issue is the NHS. It is Europe’s largest employer and consumes state resources at a furious rate. It is becoming the black hole at the core of government spending. The Tories know to mention reform plays into the hands of Labour to accuse them of wanting to privatise the much loved (but hopelessly mismanaged) national darling – so Tory policy is to simply feed it more cash and leave reform to the next government.

Reforming the NHS can no longer be put off. Government pensions – of which the NHS is the largest part – are going to cost more and more, fuelled by inflation. It has to be reformed, made fit for purpose, and that means a new solution that rewards staff and meets the needs of patients at an affordable cost. That’s the real business of politics – making tough and hard decisions.