A Look Ahead to 2023: Forget Everything You Know About Economics

Bill Blain offers his views on the big themes everyone will be talking about in 2023. 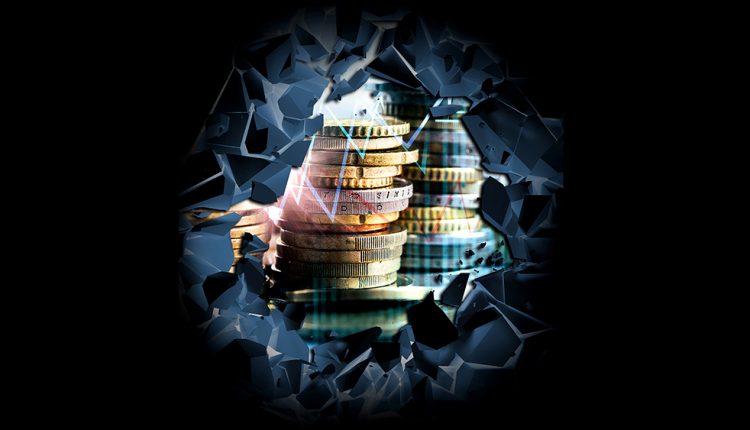 Like every financial pontificator and prognosticator, I am going to present predictions for 2023. I could go tearing through the entrail or birds or try reading tarot cards, but experience teaches the best we can do is guess, and then carefully dress it up and hedge these guesses to present them as informed advice. But that’s not what readers are looking for. Readers generally want insights and ideas so here is my best advice for dealing with 2023.

First, forget everything you ever thought you knew about economics and your perceptions of current markets! That might just be the best piece of advice I ever give. Chuck everything you think is sacrosanct in the bin and start again. Do so, and the current contradictory markets and theoretical economic morass might make a little more sense. Break it down and reconstruct the bits and pieces to make sense of your perceptions! Remembering, of course, to spice it with plenty of self-doubt.

Remember the most significant danger to markets is people. The market, after all, is just an enormous voting machine weighing up the votes of every participant. Things get complicated when everyone is pessimistically careful causing the prices to become overly depressed. Hence smart money says to be fearless when others are fearful. Things get dangerous when market participants are optimistically careless causing prices to soar to euphoric levels. Know the mood and trade accordingly.

We still seem trapped in a phase of over-optimism with investors jumping on any positive news to validate their hopes the market will go higher. After all, that’s what they have been doing since 2009, so surely, they can only ever go up. Nope. A lower-than-expected US Consumer Price Index pushes up prices for a while. Any hints of a Fed “pivot” to lower rate rises will push stock markets higher.

If you want an example of over-optimism in the face of reality, it’s the high likelihood that the market believes that Central Banks can navigate a genuine soft landing. Why? They have never previously succeeded. Every known instance of economies overheating, and rampant inflation has been followed by a crash of some description as Central Banks either let inflation run on too long or engineer an economic crisis by hiking rates too hard. There is no such thing as a soft landing, but a good landing is one you can walk away from.

First, forget everything you ever thought you knew about economics and your perceptions of current markets!

The expectation that we can still avoid a damaging recession in 2023 is strong across markets. I don’t want to sound grumpy, but I still think a recession will happen because of rising rates, property sentiment dipping, and inflation which leaves consumers unhappy, nervous and not buying. For consumer societies to thrive, we need more, not less consumption. People spend even less when faced with tax rises, austerity spending, declining services, rabid inflation, industrial strife, and ongoing political sleaze. It’s a recipe for economic misery, and next year’s stagflation, in the UK, looks nailed on.

To see where we are going, look back to where we have come from. 2022 was a watershed year. The third exogenous shock of the decade, the Ukraine War and Energy Price Shock, followed by COVID-19 in 2020 and Supply Chain Disruptions in 2021. We also have a critical endogenous shock underway. Quantitative Tightening as global Central Banks try to unroll the effects of monetary experimentation in the 2010s.

You also must understand the key economic factors that drove markets and inflation through the 2010s. The first was monetary experimentation keeping interest rates low to drive economic recovery following the global financial crash of 2008. But we didn’t get an economic boom. What we got was galloping financial asset inflation as bond prices and stock prices went stratospheric. That distortion enflamed market exuberance and euphoria, triggering the stock market bubbles in Big Tech, disruptive tech and the stupidities of meme stocks, crypto and NFTs.

At the same time, we had the second factor, a de-facto cap on global inflation: China. The Middle Kingdom became the “cheapest to deliver” manufacturer exporting deflation around the globe, and all supply chains led back to it. COVID and the building of a geopolitical stag fight between China and the USA profoundly changed that reality. It unleashed supply chain price instability as geopolitics changed and shut off the deflation spigot.

The era of cheap money fuelling markets and downward pressure on prices is over. Make sure you understand that there is a new reality of real inflation and expensive money before figuring out what 2023 looks like. Although the indications are for inflation to moderate, I reckon it will prove stubbornly high and challenging to de-fumigate from Western economies.

Let’s scribble down some possible scenarios and predictions for 2023. My starting point would be to worry about further shocks. What about another exogenous shock?  Could COVID in China overwhelming the medical system create a judder moment triggering another China shutdown, making the Government look weak, causing the possibility of a deeper global recession, and the possibility of President Xi deciding to deflect by going outward bound on Taiwan?

Could the Bird Flu that’s ravaged Christmas Turkey’s jump species lead to a second major pandemic? What are the chances Central Banks decide to go soft again and turn market accommodating? Slashing rates to avoid a market meltdown and a deep recession?

These are all known unknowns, and none are binary. There are numerous others we could discuss, including political instability across the west, the dollar, and the great retirement causing a demographic crisis in the jobs market, and thus the economics of every firm that hires staff!

Equally, there are a host of entirely unpredictable events that could occur. Dreaming up storyboards for disaster movies is fun but scary: the big West Coast earthquake, a super-volcano triggering a mini-ice-age, a meteor strike, a solar flare, an unwater landslide caused by ocean warming causing a tsunami to hit Europe’s Atlantic and North Sea Coasts, a storm surge in the North Sea flooding London and the Netherlands. There is any number of unimaginable events.

Or it may be something financial. A big bank discovers its bust on the back of a housing crisis, a major hedge fund evaporating in a slew of downright stupid trades, or a pension fund exploding in a leverage/liquidity event. Don’t discount anything upsetting our cosy little apple cart of expectations. I think it is 100% likely the remaining cryptocurrency exchanges will collapse in a welter of liquidity events but if you were invested, there is no one to blame but yourself.

What about bond markets? The consensus is bonds are likely to rally on the back of the pace of interest rate rises declining. That doesn’t factor in residual inflation remaining higher than expected, the effects of the sheer over-indebtedness of nations like Italy, France, and even the USA, or the fact that Central Banks are trying to sell down their QE inventory creating a supply glut. The much-heralded bond rally may yet be premature.

Or earnings? Stock markets are still rolling on hopes rather than the fundamentals of good versus bad companies and their earnings. The quality of earnings and their sustainability to competitive threats and a changing economy matter. There is still a shakeout on valuations and stock market multiples to come.

In currencies, sterling has recovered all its losses since the Liz Truss mini-budget disaster but mainly on the back of adults being back in the Downing Street room, and dollar weakness. What does the coming year hold for US growth on the back of a weaker dollar and with all the effects that would have on the global economy?

I predict the big themes for 2023 will be renewables, carbon mitigation, agri-business, soil enhancement, commodity weakness, healthcare in terms of AI, obesity and Cancer drugs, consumers and retail. I plan to continue exploring these topics in 2023.