Finance executives in the UK are more optimistic about economic expansion and expect to see employment rise, compared with the rest of Europe, according to a new survey from American Express (NYSE: AXP) and CFO Research. Close to two-thirds of UK finance executives (64%) reported an increase in revenue in the last twelve months, and […] 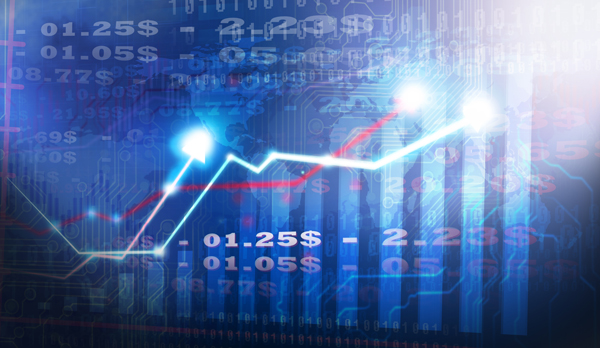 Finance executives in the UK are more optimistic about economic expansion and expect to see employment rise, compared with the rest of Europe, according to a new survey from American Express (NYSE: AXP) and CFO Research. Close to two-thirds of UK finance executives (64%) reported an increase in revenue in the last twelve months, and they are optimistic that this growth trajectory is set to continue: three-quarters of UK executives expect to see economic expansion this year, higher than any other country in Europe and a slight increase over last year’s 74%. This is higher than the global average of 65% and the European average of 62%, showing the UK’s confidence in its economy remains solid in spite of the global economic and political headwinds.

The findings in the ninth annual American Express/CFO Research Global Business and Spending Monitor are based ona sampling of 651 senior finance and corporate executives located in 15 countries in North America, Europe, Latin America¹, Asia and Australia.

Investment priorities for the next 12 months: UK v Global

Nearly nine in ten (87%) executives surveyed worldwide say their companies are planning to increase total spending and investment in 2016, and nearly half (49%) say they are planning increases of 10% or more. While companies worldwide indicate their intention to pursue a growth agenda in 2016, a careful approach to investment and spending plans still prevails. In fact over six in ten respondents( 61%) say that political and economic uncertainty in their own markets will make them more cautious. Interestingly Brexit has not had as marked an impact on the investment plans of UK executives: opinion was almost equally divided with 50% saying political and economic uncertainty has caused their respective organisations to take a more cautious approach to spending and investment plans and 47% saying the uncertainty would not impact their spending and investment plans.

Looking globally, as they aim to grow their enterprises, finance leaders are seeking stability and security where they can find it and will focus on:

They will spend wisely on areas tied to growth by spending and investing more in areas such as:

The UK’s priorities for investment are closely aligned with global ones, with improving production efficiency (29%) and new product/service development (25%) listed as respondents’ main areas of focus for the next year.  However, unlike other countries, 25% of UK executives also plan to increase investment to improve administrative process efficiencies. For technological investment, UK companies say that increased spending on mobile technology (25%), protection against data breaches (22%), enterprise IT (21%) and cloud computing (21%) are critical.

“Despite many countries remaining cautious about the future, UK companies are still planning to continue to spend and invest and are expecting solid growth. It’s great to see optimism from the UK on this front,” said Paul Abbott, Executive Vice President of Commercial Payments at American Express. “In many ways companies are investing in their own futures, focusing on increasing efficiency and developing new products and services.”

In addition, investment in employment is also expected to rise as the UK matches the global 9% expected increase in headcount compared with the European average of 6%. However, some countries are finding it difficult to meet their hiring targets and are citing different reasons for this: in the U.K (62%) and Germany (43%) companies say their performance goals have been affected by difficulty in hiring skilled or specialised workers; French finance executives cite shortfalls in hiring IT staff (35%); and Russian executives cite difficulty filling manual or unskilled labour positions (32%).

“Hiring good talent is a key component in many companies’ growth plans,” said Paul Abbott. “It’s not surprising that countries which are more optimistic about their own economic expansion are also planning for increased demand in skilled and specialised workers.”

The Global Business and Spending Monitor, released annually, is based on a sampling of senior finance and corporate executives from large companies around the world. The 2016 survey received 651 responses, 100 of which were from the UK, and has a margin of error estimated at +/- 4%. Survey responses were collected online in November 2015.