It’s not just citizens of seven Muslim-majority countries who are facing a US-enforced travel ban. Under new rules, American citizens too could soon be banned from travelling by having their passports revoked for unpaid taxes, warns the boss of one of the world’s largest independent financial advisory organizations. Nigel Green, founder and CEO of deVere […] 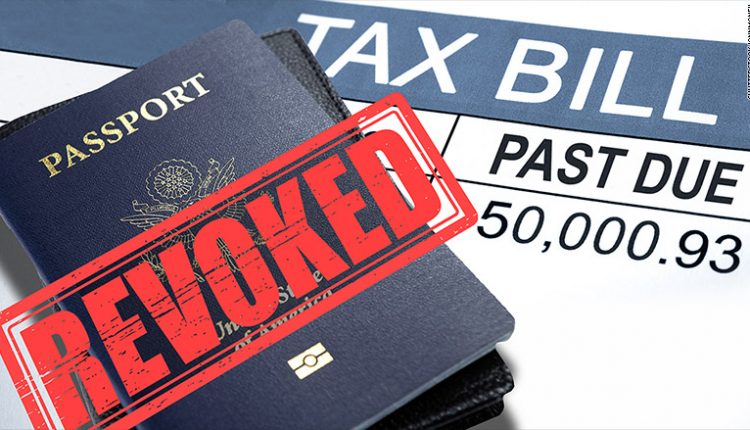 It’s not just citizens of seven Muslim-majority countries who are facing a US-enforced travel ban.

Under new rules, American citizens too could soon be banned from travelling by having their passports revoked for unpaid taxes, warns the boss of one of the world’s largest independent financial advisory organizations.

Nigel Green, founder and CEO of deVere Group, is speaking out as the America’s Internal Revenue Service (IRS) publishes details on its website of new powers to revoke US passports for taxes that remain unpaid.

He comments: “As President Trump hits out at the judge who has blocked his travel ban for citizens of seven Muslim majority countries, there are more travel complications from US authorities being introduced – ones that could prevent US citizens from travelling internationally.

“The IRS is to have a new tool to collect taxes.  The new law will use the threat of stopping people being able to travel by revoking passports if there are unpaid taxes.  It was passed by Congress in 2015 and details are now on the IRS website.”

Mr Green continues: “If you have seriously delinquent tax debt, the IRS can certify that to the State Department. The Department generally will not issue or renew a passport to you after receiving certification from the IRS. The IRS website confirms that certifications will begin in early 2017.”

He goes on to say: “This latest move would likely affect Americans living abroad most acutely for two reasons.

“First, because they would typically use their passports more often – not only for travel but for administrative matters, such as rental contracts, in their countries of residence.

“And second, since the worldwide rollout of the highly controversial Foreign Account Tax Compliance Act, or FATCA, in 2014, tax returns have become more complex, onerous and burdensome for US expats due to additional reporting requirements.

“Indeed, in our experience of working with US citizens who live abroad, 35 per cent are now likely to make a mistake on their tax return and/or file late due to the new complexities.”

Mr Green concludes: “For US citizens who are resident overseas, the IRS’ latest weapon to collect taxes, means it is more important than ever to stay on top of your taxes and file on time and correctly.

“With this in mind it’s recommended that before submitting their tax returns they have them checked by an advisor with the relevant cross-border experience.”

Mr Green concludes: “FATCA is a toxic law on many levels and there are renewed and strengthened efforts being made to have it repealed.  But until that happens, Americans overseas must adhere to the FATCA rules or face the heavy consequences.”

Earlier this week, the deVere CEO launched the Washington-based Campaign to Repeal FATCA, and with co-leader, Jim Jatras, a leading authority on FATCA, is assembling a team of experienced DC professionals to push the repeal effort over the top.