The FCA’s Competition Powers: Is Your Firm Prepared to Be on the Receiving End?

Competition compliance programmes must take account of the FCA’s rules for mandatory self-reporting of existing or potential competition law infringements. Here Finance Monthly benefits from exclusive insight, written by James Marshall and Marieke Datema of Berwin Leighton Paisner (BLP), who take a look at the powerful toolkit at the FCA’s disposal and explain what it means […] 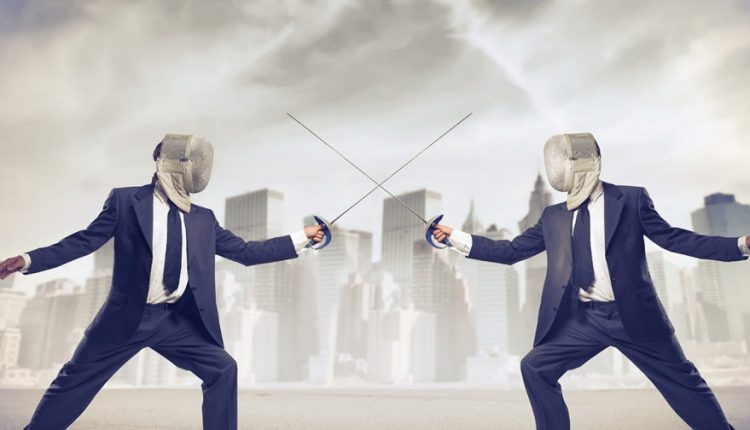 Competition compliance programmes must take account of the FCA’s rules for mandatory self-reporting of existing or potential competition law infringements. Here Finance Monthly benefits from exclusive insight, written by James Marshall and Marieke Datema of Berwin Leighton Paisner (BLP), who take a look at the powerful toolkit at the FCA’s disposal and explain what it means for firms in the year ahead.

A heavy use of market studies

Since acquiring a competition mandate in April 2013, the FCA has conducted several market studies. These allow the regulator to ‘peer behind the curtain’ in any given market to identify structural competition, consumer or market integrity concerns. In just over three years, the FCA reviewed insurance add-ons, cash savings, credit cards, retirement income, investment and corporate banking, asset management and residential mortgages.

The FCA has a uniquely powerful toolkit; it can use either sectoral (Financial Services and Markets Act 2000 (FSMA)) or competition (Enterprise Act 2002) powers to conduct market reviews.

To date, all FCA market studies, including those launched after the FCA acquired concurrent competition law enforcement powers in April 2015, have been carried out using FSMA powers, rather than pure competition powers under the Enterprise Act. The FCA chooses the most appropriate power on a case-by-case basis. In practice, the FCA enjoys the ‘best of both worlds’, in that it can pursue competition-focused investigations using extensive data-gathering powers under FSMA without being bound by tight timetables under the Enterprise Act.

If, following a market study, the FCA concludes that a market is not functioning well, it may seek regulatory changes to fix the issues identified. Potential remedies include structural reforms (e.g. rule-making, guidance and/or proposing enhanced self-regulation), or firm-specific changes (e.g. varying regulatory permissions, public censure and/or financial penalties). The FCA can also “name and shame” firms by publishing data – one of the remedies imposed in the cash savings market study, for example, was the publication of interest rates made available by over 30 banks and building societies on certain types of savings accounts and ISAs. The FCA furthermore has the power to refer a market to the Competition and Markets Authority (CMA) for a detailed “phase 2” market investigation, the outcome of which could include forced divestments or other major interventions.

A market study offers the opportunity for quite considerable change. We would therefore encourage firms affected by market studies to consider what features of the market they may wish to change or defend and then consider how to engage with the FCA on those fronts.

Investigations of individual firms are common outcomes of market studies in other sectors. Early in 2016, the FCA launched its first antitrust investigation. Details of the behaviour and the firms under investigation remain confidential. The FCA Director of Competition stated that she hoped the investigation “sends a signal that we take competition law seriously alongside other regulatory enforcement” and noted that the FCA is “well placed” to detect and take action in relation to breaches of competition law. It is certainly true that the FCA is ‘well placed’ – it has a team of around 100 competition specialists, a number of whom used to work for the CMA.

We anticipate an uptick in antitrust investigations in 2017. The CMA publishes an annual report assessing the operation of the concurrent powers by the FCA and other sector regulators. In its April 2016 report the CMA stated that it hoped to see a greater number of cases opened by the concurrent sector regulators (including the FCA) in the year ahead. The FCA, like its peer concurrent regulators, has been given its competition law powers on a ‘use it or lose it’ basis. This may be a real spur for greater enforcement action in future. The competition between sector regulators and the FCA’s desire to be regarded as ‘first among equals’ may also motivate further competition enforcement. Finally, following Brexit, cases involving possible anti-competitive conduct in the financial sector that previously may have been investigated by the European Commission are likely fall to the FCA or CMA.

Despite little ‘hard’ antitrust enforcement, the FCA has been astute in its use of ‘soft’ enforcement methods and we expect this trend to continue in 2017.  The FCA has made use of “on notice” letters which notify a firm that the FCA has information about a suspected breach of competition law. The firm must conduct an internal review and report back to the FCA on the scale of any competition breach identified, and what measures the firm will take to address the problem. “On notice” letters transfer the burden of investigating and remedying competition problems to individual firms. This can free-up FCA resource for higher priority matters, whilst also solving potential competition concerns – a regulatory ‘win-win’.

To date, the FCA has publicly confirmed the use of several “on notice” letters prompted by information gathered during the retirement income market study. The FCA met with the relevant firms to better understand their proposed solutions and the firms have since undertaken a number of initiatives to strengthen their compliance.

Both market studies and “on-notice” letters can place considerable burdens on individual firms to provide evidence in response to an FCA information request. Responding to such requests can also cause firms to ‘flush out’ potential issues which may require self-notification under the FCA’s handbook. SUP 15.3.32R (1) requires firms to notify the FCA of any significant infringement (or potential infringement) of any applicable competition law. The reference to “any applicable competition law” means that the notification obligation extends to infringements of competition law outside the UK. Despite the extensive scope of the notification obligation, only limited guidance has been provided by the FCA, in particular in relation to how firms can determine whether an infringement is “significant”.

The position adopted by the FCA is in stark contrast with the standard application of competition law. Leniency programmes generally provide that companies can choose whether or not to self-report competition infringements and there are, in many cases, incentives for companies to do so. If the relevant conduct identified by a firm is sufficiently serious, the FCA’s mandatory self-reporting obligation can effectively force a firm to apply for leniency. Moreover, the same conduct could prove problematic under both the FCA’s conduct rules and competition law. It is therefore more important than ever that regulated firms bring their competition compliance programmes in line with the self-reporting obligation and think through the wider implications of any notifications to the FCA.