India’s 2017 Budget Impact: What to Look Out for

The theme of the Budget, as articulated by the Finance Minister, is to transform and energise the country and the economy – as well as a much cleaner economy. How the year ahead will play out will depend on the growth in the major economies, fresh investment by Indian companies, and spending by consumers and […] 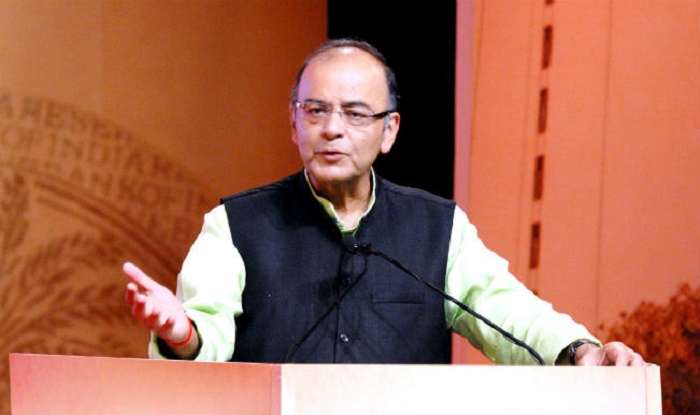 The theme of the Budget, as articulated by the Finance Minister, is to transform and energise the country and the economy – as well as a much cleaner economy. How the year ahead will play out will depend on the growth in the major economies, fresh investment by Indian companies, and spending by consumers and the government.

The Budget laid emphasis on digitization of tax administration, use of IT systems to reduce human intervention and e-assessment ensuring transparency and timeliness.

Ultimately, the Budget turned out to be in line with the government’s vision and policies so far. It had several announcements impacting startups directly and indirectly. Analysis of such provisions as made by Neeraj Bhagat, Chartered Accountant and Founder of Neeraj Bhagat & Co. are as under:

Reduction in corporate tax for MSME to 25%: The government has decided to reduce the corporate income tax from FY 2017-18 onward to 25% from the current rate of 30% for all companies that had a turnover or gross receipts up to Rs. 50 crore in FY 2015-16. This would mean that small and medium scale companies having a turnover of up to Rs. 50 crore till FY 2015-16 and also the new companies can claim the benefit of this section. However, this benefit is available only to domestic companies. Foreign companies and other forms of businesses like LLP and partnership firms are not eligible for this reduced rate. Even individuals and HUFs are required to pay income tax @ 30% for income above Rs. 10 lakh. The idea is to promote private limited companies, which is a more structured form of business organization. This is a very welcome step for all startups and small and medium enterprises functioning under the company form. This matches our Budget expectations penned earlier.

As announced during the demonetization period, the government has reduced the requirement u/s 44AD for declaring a minimum presumptive tax profit margin to 6% from the existing 8% in cases of non-cash receipts and turnover. This was already announced by way of a press circular and was much anticipated. Also, the threshold limit for maintenance of books of accounts for individuals and professionals has been increased to Rs. 2.5 lakh from Rs. 1.2 lakh and the limit for tax audit u/s 44AB has also been increased to Rs. 2 crore from the current limit of Rs. 1 crore for the individual/HUFs opting for presumptive taxation u/s 44AD.

The startups recognized under the Startup India policy can now claim tax benefits in three out of the first seven years under Section 80-IAC of the Income-tax Act, 1961. Earlier, it was three out of the first five years. The government had received several representations that startups rarely earn profits in the first few years of their operations. This is again a welcome step and shall encourage more startups to register themselves under the government’s Startup India initiative. This also matches our budget expectations penned earlier.

Section 79 of the Income-tax Act, 1961 allows carry forward of losses of a company for seven years and then set-off against profit of future years. However, there was a restriction wherein the carry forward and set-off were not allowed in case 51% shareholding didn’t remain intact in the year of loss and in the year of set-off. With the startup ecosystem’s changing environment and more investments and buyouts happening, the government has allowed carry forward and setting-off of losses even if majority shareholding has changed hands. However, this benefit is available only for startups recognized under the Startup India policy and eligible to claim benefits of Section 80-IAC (NIL income tax in three out of the first seven years).

The existing tax laws have a provision of MAT (Minimum Alternate Tax) at approximately 19% on book profits of all the companies, who may otherwise be not be paying corporate income tax due to some deductions or exemptions available under the Income-tax Act. However, credit of MAT was available for 10 years to be set off against normal income tax liability, when the taxes under normal income tax provisions exceeded MAT. Startups exempt from income tax under Section 80-IAC discussed above are also liable to pay MAT. For simplification, in the long run, the government is targeting reduced corporate income tax rate, reduced exemptions, and abolishment of MAT. However, for the time being, the government announced its inability of abolish MAT and rather extend the time period for availing MAT credit to 15 years from the current limit of 10 years. This will benefit startups claiming tax exemptions u/s 80-IAC but paying MAT and shall also benefit the companies who have huge MAT credit lying unused.

After the end of each financial year, September 30 is the due date for income tax return filing for companies and assessees covered under tax audit. For others, the due date is July 31. Earlier, there was no or optional penalty for delay in return filing up to a certain date. However, now the government has prescribed a late filing fee of Rs. 5,000 for delay up to December 31 and Rs. 10,000 for further delay. However, the penalty has been limited to Rs. 1,000 in cases where the taxable income is up to Rs. 5 lakh. Many startups and startup founders do not take return filings within due date seriously. This is a wake-up call to all such startups and their founders. Also, this penalty is payable before filing of tax returns, along with other tax and interest liability.

Amendments towards ‘ease of doing business’:

The Finance Act, 2012 inserted certain clarificatory amendments in the provisions of Section 9. The amendments, inter-alia, included insertion of Explanation 5 in Section 9(1)(i) w.e.f. April 1, 1962. Explanation 5 clarified that an asset or capital asset, being any share or interest in a company or entity registered or incorporated outside India shall be deemed to be situated in India, if the share or interest derives, directly or indirectly, its value substantially from the assets located in India. In response to various queries raised by stakeholders seeking clarification on the scope of indirect transfer provisions, the CBDT issued Circular No 41 of 2016. However, concerns have been raised by stakeholders that the provisions result in multiple taxations. In order to address these concerns, it is proposed to amend the said section so as to clarify that Explanation 5 shall not apply to any asset or capital asset mentioned therein being investment held by non-resident, directly or indirectly, in a foreign institutional investor, as referred to in clause (a) of the Explanation to section 115AD, and registered as Category-I or Category II foreign portfolio investor under the Securities and Exchange Board of India (Foreign Portfolio Investors) Regulations, 2014 made under the Securities and Exchange Board of India Act, 1992, as these entities are regulated and broad based. The proposed amendment is clarificatory in nature.

This amendment will take effect retrospectively from April 1, 2012, and will, accordingly, apply in relation to assessment year 2012-13 and subsequent years.

Earlier, cash payment in a day of Rs. 20,000 or more was not allowed as an expense in the books of the company. Now the limit u/s 40A has been reduced to Rs. 10,000. Over and above this, the provision now also covers capital expenditure. If payment against a capital expense of Rs. 10,000 or more is done in violation of Section 43, the cost of such an asset would not get added to the total asset value, which would mean that no depreciation can be claimed on such assets and also the cash value would not form part of the cost of such asset, which will also increase the capital gains amount in case of any future sale.