Flashback 20 (or so) years to 1996. Kodak, seen at the time as one of the world’s leading technology innovators, was worth $38billion and employed 140,000 people. That’s an average worth of $270,000 per employee. Skip forward to recent times. YouTube sold for $1.65 billion and employed 65 employees – placing each employee’s value at […] 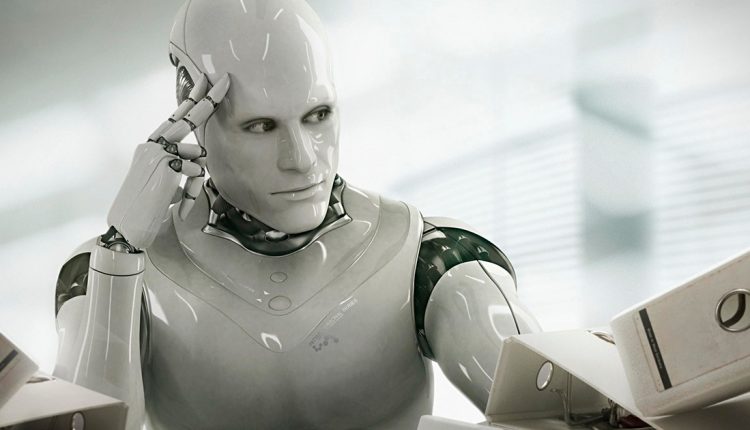 Skip forward to recent times. YouTube sold for $1.65 billion and employed 65 employees – placing each employee’s value at $25m. Instagram then sold to Facebook for $1b with just 13 employees (each worth a cool $77 million). WhatsApp then blew both out of the water – selling for $19 billion and in the process, if you apply the same formula, making its 55 employees worth a staggering a $345m a head.

Technology has allowed the emergence of a term coined exponential organisations – these are exponentially fast-growing companies that leverage technology. They require less employees but more tech savvy ones. More and more companies are trying to replicate this model – that is: hire less but more tech savvy people – and as this happens, job roles are slowly being replaced by skillsets. Employers require their staff to have an ever-growing number of skills.

A McKinsey report from late 2015 stated that 45 per cent of the activities individuals are currently paid to perform could be automated by adapting currently demonstrated technologies. It’s not just checkout operators or baggage handlers who are being replaced, either. They discovered that even the highest-paid occupations in the economy, such as financial managers, physicians, senior executives, including CEOs, have a significant amount of activity that can be automated.

A World Economic Forum summary about the future of jobs found that by 2020 – just three years from now – a third of desired skill sets of most occupations are not considered crucial to the same jobs today. A direct side-effect of this rapid change in such a short amount of time is a major digital skills shortage crisis, which the UK’s Science and Technology Committee published a report warning of mid last year.

All of this paints a rather grim picture for the amount of jobs available in the future and the number of people with the required skillsets available to do these jobs. But, the good news, according to London’s first monthly growth marketing course provider, Growth Tribe, is that you can future-proof your career and your own skill-set.

Master the fundamentals and you can master the rest. Below are five things you can do right now to get ready for the future – which is already kind of here!

Learning doesn’t stop after you leave university. Some, like billionaire entrepreneur Peter Thiel, are even arguing that it shouldn’t start there in the first place. The Shadbolt Review of Computer Sciences Degree Accreditation and Graduate Employability from last year also found a clear disconnect between what employers need and what universities teach.

Learn the coding basics. Learn about behavioural psychology and automation tools. Play with data and think about how your company could use technology to improve user experience. Stay curious, seek out relevant training and use the resource in your back pocket to upskill on the go.

Perhaps one of the greatest ways to learn about business is by starting your own. Investing in and starting your own business forces you to solve problems, grow, learn and adapt – if you want to succeed, that is.

You’ll be future-proofing yourself without even realising as you work to create your own website, social media strategy, app, marketing and sales channels and plans, etc.

You also don’t need a million pounds to start. Noah Everett, Twitpic and Pingly founder said: “Don’t worry about funding if you don’t need it. Today it’s cheaper to start a business than ever.” In the UK, online accounting firm FreeAgent found that the majority of UK freelancers and micro-business owners were self-funding their start-up costs rather than relying on external funding. Almost half (44 per cent) of respondents didn’t require any funding to get their business venture started, while 43 per cent had only used personal savings to do so.

There are little day-to-day issues all around us, every day, that could be made easier with the use of technology. Think about contactless payment, for example. We mightn’t have thought it could get much easier than punching a few numbers in at the till, but hey presto, we use contactless pay for a few a months and all of a sudden we’re at a place where having to key your pin in seems like a bit of a pain.

Apps like Be My Eyes don’t rely on overly sophisticated tech, but they do solve a really simple problem. In this case, it helps visually impaired and blind people around the world. Using the camera functionality on a smartphone and the assistance of an able-sighted volunteer anywhere in the world, visually impaired people can quickly check that they’re choosing the tin of tomatoes as opposed to that of beans, for example. It means they don’t have to wait until an able-sighted friend or family member is available and they can quickly get on with their life. It’s a really simple idea but for those benefitting from the app – it’s a game changer.

If you have the desire and the mindset, you can learn anything. A “growth mindset”, a term famously coined by psychologist Carol Dweck, refers to a person’s self-belief about their own abilities. Those with a growth mindset believe that their most most basic abilities can be developed with dedication and hard-work.

It’s quite empowering when you think about it – you are no longer bound by preconceived perceptions about your own intellectual abilities!

Famous examples of people with a growth mindset include Richard Branson, Malala Yousafazi, Elon Musk, Brian Balfour… think about any inspirational person that you associate with entrepreneurialism or who in some way is pushing boundaries and punching above their weight. Chances are it’s not because they were born with any special gift or ability more impressive than most of us – it’s because they have a finely tuned growth mindset – they’re willing to try, to fail, to learn and to keep growing.

Finally – start doing. David Arnoux says: your greatest credential in this era is your output of stuff. The skills listed on your CV are just words without proof. There are cheap and easy to use tools which allow you to build, create and showcase. Think of it as a live CV and proof of your awesomeness.

It might not quite be an app (or it might) – the choice is up to you. Use what is available to you to build a website, a blog, a prototype, a simple data model… build stuff and showcase it.

“Traditionally, life has been divided into two main parts: a period of learning, followed by a period of working. Very soon this traditional model will become utterly obsolete, and the only way for humans to stay in the game will be to keep learning throughout their lives and to reinvent themselves repeatedly,” says Yuval Noah Harari.