The latest Global Economic Conditions Survey (GECS) from ACCA (the Association of Chartered Certified Accountants) and IMA (Institute of Management Accountants) released last week shows economic confidence rebounding in the first quarter of 2017, an improvement driven by the US where investors are hopeful that a combination of fiscal reform, increased investment in infrastructure and […] 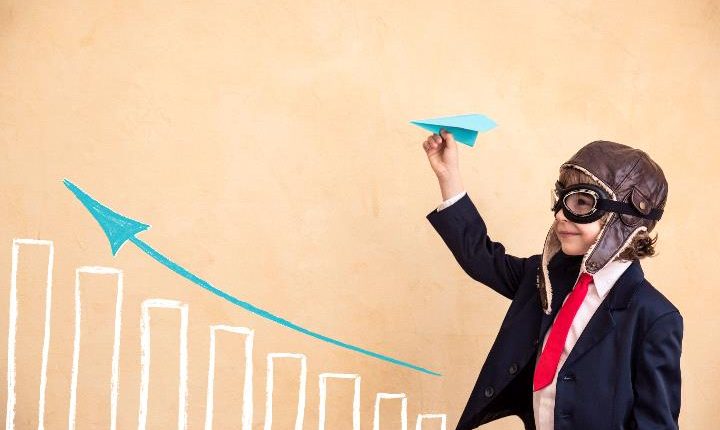 The latest Global Economic Conditions Survey (GECS) from ACCA (the Association of Chartered Certified Accountants) and IMA (Institute of Management Accountants) released last week shows economic confidence rebounding in the first quarter of 2017, an improvement driven by the US where investors are hopeful that a combination of fiscal reform, increased investment in infrastructure and deregulation will provide a boost to economic growth.

The report is the largest regular economic survey of accountants around the world, and noted business conference at its highest level since the second quarter of 2015. Though driven by the US, the improvement in confidence was widespread, with most countries and regions, including Western Europe, Asia Pacific, and Central and Eastern Europe showing improvements.

The survey of finance professionals and business leaders worldwide noted that Q1 2017 displayed the fastest rate of growth in global trade since 2015. The survey found that the biggest concern for companies over the past three months was increased costs (a problem for 46% of respondents), consistent with rising headline inflation rates in many parts of the developed and developing worlds. Despite this there are significant improvements for employment and investment, with 22% of firms planning to create more jobs and raise capital expenditure (up from 16% and 14% respectively in Q4 2016).

“The rise in confidence, combined with strong economic hard data, offers genuinely encouraging signs for the global economy: with an increasingly optimistic mood in the US and a stimulus-led recovery in China driving prospects for world trade,” said Faye Chua, head of business insights at ACCA. “This strong start to the year has taken place against a backdrop of potential threats facing the world economy at the start of 2017.”

Added Raef Lawson, executive vice president at IMA: “The US economy has maintained an elevated level of confidence from Q4 in 2016, with 37% of firms feeling more confident, although there was no uplift from the previous quarter. An expectation of increased infrastructural spending and tax cuts has contributed to a buoyant business mood even though they are yet to materialise into policy.”

However, Mr. Lawson continued: “Inflation and currency fluctuations, however, are a cause for concern. 43% of US firms are troubled by rising costs, and 22% by exchange rate movements. Despite the Fed’s interest rate hikes, borrowing costs in the developing world remain low, and the dollar is likely to continue growing in value. That could pose a challenge to US firms’ competitiveness, and the White House’s determination to reduce the trade deficit.”

The survey found that in the United States, confidence remained flat but elevated; in Q1 2017, 37% of respondents were more confident about the future, compared with 24% who were less confident. This buoyant overall level of confidence comes on the back of a surging stock market, which has risen to record highs on the back of confidence that a fiscal stimulus and wave of deregulation will provide a boost to economic growth.

US respondents reported confidence that a big increase in government spending is on the way. Other components of the GECS – government spending, capital spending, and employment – also rose in the first quarter. The main concern for US companies is rising costs—cited by 43% of respondents—which is consistent with a recent, sharp rise in inflation and wages as the US economy moves closer to full capacity.

The negative impact of exchange-rate movements (cited by 22% of respondents) was another concern. US interest rates are set to rise this year, but borrowing costs in the rest of the developed world are likely to remain very low, so, the survey noted, it’s possible that the US dollar will appreciate in the coming months; this will erode the competitiveness of US-based companies.

GECS is the largest regular economic survey of accountants around the world. Fieldwork for the Q1 2017 GECS took place between February 24 and March 13, 2017 and attracted 1,334 responses from ACCA and IMA members around the world, including more than 150 CFOs.