This week Tesco finally agreed to a £129 million fine for overstating its profits in 2014, thus avoiding prosecution. This agreement, made by Tesco Stores Ltd. Follows a two-year probe from the SFO. Not only did Tesco suffer majorly from share price hits, but is now also facing a huge fine for its errors. Alex […] 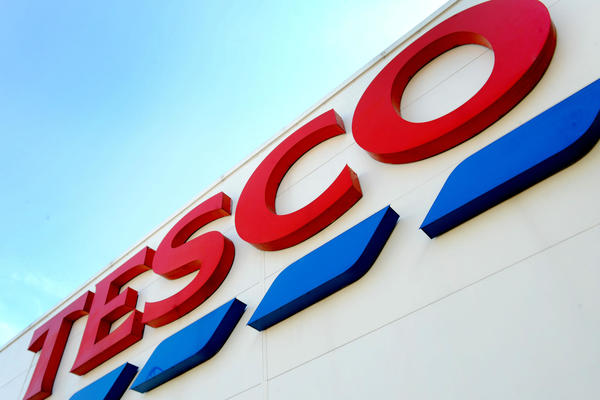 This week Tesco finally agreed to a £129 million fine for overstating its profits in 2014, thus avoiding prosecution. This agreement, made by Tesco Stores Ltd. Follows a two-year probe from the SFO. Not only did Tesco suffer majorly from share price hits, but is now also facing a huge fine for its errors. Alex Ktorides, Head of Ethics and Risk Management at Gordon Dadds LLP, here provides Finance Monthly with a specialist overview of the matter, and hints at potential implications for any business missing the mark when it comes to such critical internal vulnerabilities.

Tesco appears this week to have reached a key stage in the financial misstatement scandal that so badly hit its share price and reputation in 2014.

A brief recap. The retailer, in or about September 2014, shocked the financial world when it admitted that it had identified an apparent £250 million overstatement of its profits. The central problem was that it was alleged that Tesco had significantly overstated its profits by supposedly booking rebates (receipts) from suppliers that it had not yet received. A range of regulators became involved as the Tesco share price took a serious hit in the wake of the revelations.

Misstating profits, as in the Tesco case, can give rise to a number of concurrent investigations in the UK, all involving different investigating and prosecuting authorities with differently sized sticks with which to beat the offending corporate entity and singled out individuals.

First in the firing line (though there is no magical order in reality) are the internal financial directors and external auditors who will likely face serious scrutiny from the Financial Reporting Council (FRC), which has in the past brought investigations in relation to past scandals such as Torex, Cattles and car manufacturer, Rover.

The FRC has a range of powers including fines and sanctions against individuals and the auditing firms.  This will not be a cheap case to defend (FRC investigators invariably outsource forensic accounting investigatory aspects, the costs of which it will seek to recoup) and which may or may not be covered by the terms of professional indemnity insurance depending on the programme carried by the auditor in question.

Secondly will be the SFO investigation. The SFO will not be shy in seeking information and this will include amongst other things extensive disclosure of documents, countless recorded meetings and a range of witness statements and experts’ reports. Not a short process, nor one which is stress free.

The FCA will also be interested in protecting the public. In the instance of alleged misstatement of profits, as in the Tesco case, the ‘public’ are the investors and shareholders buying shares in a listed entity in a major regulated market such as the FTSE 100.

Similar to the ‘soft dollar’ settlements propounded by the SEC in the US, the FCA will look to quickly assess the period during which the share price may have been artificially inflated (or indeed in some cases, deflated) and look to impose or agree a settlement scheme as swiftly as possible. There is precedent to this, as well as the Tesco scheme announced very recently.  In the mid-2000’s the FSA (now FCA) put huge pressure on the IFA sector to agree with Aberdeen Asset Management and others a financial compensation scheme for individual investors miss-sold so-called ‘split-cap’ investment trusts. This was no easy feat for the then Chief of the FSA John Tiner who was (anecdotally) personally calling up the professional indemnity insurers of those advisors involved in a bid to speed up the implementation of the compensation scheme. One imagines that Tesco and its management/insurers will be receiving similar pressure to agree the £85m scheme it has just announced.

Tesco’s Deferred Prosecution Agreement (DPA) – if it is sanctioned in the Southwark Crown Court next week – will be the fourth reached by the SFO. All of the DPAs reached so far have involved very different allegations and conduct (see Rolls Royce for example). The allegations involving Tesco relate to relatively short periods of time and very specific behaviour of alleged accounting errors involving the early booking of receipts from suppliers.

There is one common feature to the DPAs reached so far, and that is that each of the corporates under investigation that have successfully reached DPAs with the SFO have been seen to be cooperating with the investigation. That does appear to be a crucial aspect of the potential for reaching a DPA with the SFO.

So, what to do if an investigation occurs? The first thing is to obtain advice speedily. It may be necessary for legal advice to be obtained by different advisors and professional firms, with individuals quite often having to be separately advised to the corporate entities. A DPA may be the obvious and best solution and these are always predicated on cooperation. Very often in the case of enforcement proceedings or criminal investigations, cooperation is a vital component of reaching agreement and this is only increased significantly with the advent of DPAs. Indeed, in a recent speech, the director of the SFO stated that DPAs are not the ‘new normal’ but rather will only be available where there has been significant cooperation which is meaningful evidence by the corporation in question.

Cooperation can take many forms including but not limited to, the provision of documents (this sounds simple but often in reality these are frequently requested in huge volumes and under tight timescales and in a format that the SFO’s computing experts can easily handle). In the Polly Peck case, revisited on the return of Asil Nadir after some 19 years in the sun of Northern Cyprus, the SFO had recourse to review thousands of documents which were in some cases 20 years old and it was fortunate indeed that they had been retained at all.

DPAs can lead to a swifter conclusion of investigations (which are of course very damaging) and discounts on any penalties. Also, receiving reduced sentencing for those cooperating with the prosecutors may be on the table.

In summary, financial accounting methods and over or understating profit is a business critical issue. The implications – financial penalty, share price collapse, civil compensation schemes, expensive regulatory and criminal investigations, loss of income and in some cases, prison – are as serious as it gets in the corporate world. As Tesco has shown us (and a glance at current cases with both the SFO and FCA shows us that there are many more to come, not least of all such big brands as Barclays, Airbus Group and GlaxoSmithKline) misstating profits is a short term boost towards long term pain. The settlements with the FCA and SFO as a special offer that Tesco will not be looking to repeat.