Lack of trust and transparency as a result of ideological and military conflicts are undermining the international supply chains linking the world, according to the Q1 2017 CIPS Risk Index, powered by Dun & Bradstreet. Prolonged conflict is creating supply chain no-go areas, cutting off local businesses and consumers from global markets and potentially causing […] 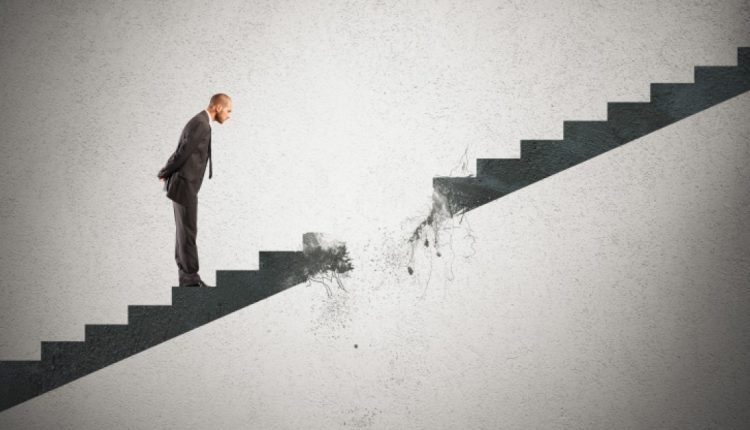 Lack of trust and transparency as a result of ideological and military conflicts are undermining the international supply chains linking the world, according to the Q1 2017 CIPS Risk Index, powered by Dun & Bradstreet. Prolonged conflict is creating supply chain no-go areas, cutting off local businesses and consumers from global markets and potentially causing a scarcity of goods.

The conflict between Ukraine and separatist rebels in the east of the country continued to hinder both physical and digital supply chains this quarter. A power cut in Kiev in December 2016 is now widely believed to have been the result of a cyber-attack, while in March, Ukraine suspended all cargo from entering separatist-held territory. Despite this, Eastern Europe and Central Asia only contributed 7.6% of global supply chain risk this quarter, down from 8.5% in Q4 2016. The change is the result of an update to the trade weightings used in the Index as the fall in commodity prices has reduced the importance of the region’s trade flows in global supply chains. Businesses have been busy re-routing supply chains away from the conflict area, while sanctions have discouraged businesses from dealing with Russia. This process has accelerated as a result of persistently low commodity prices which have seen the value of the region’s exports fall.

Q1 2017 has also seen an escalation in the ideological conflict between globalisation and economic nationalism, with the British Prime Minister, Theresa May’s, visit to the White House in January 2017 symbolic of the shift in emphasis from multilateral to bilateral trade deals. Despite President Donald Trump’s decision not to pull out of the North American Free Trade Agreement (NAFTA) in April 2017, the future trading relationship between Canada, Mexico and the USA remains uncertain. As a result, North America’s contribution to global supply chain risk rose from 8.1% in Q4 2016 to 8.6% in Q1 2017.

In France, Marine Le Pen’s advance to the second round of the presidential election raised serious concerns for businesses with supply chains in the region. The failed candidate had promised to close French borders immediately, abandon free-trade deals, tax businesses with foreign employees and leave the European Union. Collectively these measures could have significantly hindered businesses that rely on French suppliers. The election of President Emmanuel Macron should dissipate these fears.

Elsewhere in Europe, the ideal of a borderless Europe looks increasingly secure. Whether Chancellor Angela Merkel, or her opponent Martin Schulz succeeds in Germany’s parliamentary elections, the German government looks likely to retain a pro-EU outlook. Although temporary border controls have been extended in Germany and Sweden, they look likely to be abolished by the end of the year, helping to reduce delays at these crucial supply chain interchanges.

In China, meanwhile, exchange controls implemented in November 2016 have prevented foreign businesses from transferring cash outside of the country. The rules prevent overseas acquisitions of more than USD10bn and require banks to keep net cross-border Renminbi transfers balanced. The controls make routine activity such as royalty payments difficult and pose a significant risk to businesses with supply chains in the region.

Localised conflicts have affected local supply chains in Q1 2017. In Chile a six week strike ending on 24th March at La Escondida copper mine reduced global copper capacity by 5%. Terrorism also remains a risk for businesses working with suppliers in Chile. Fires destroying 238,000 hectares of forest are widely thought to have been caused deliberately, while a spate of bombings have continued in the capital, Santiago. Latin America’s contribution to global supply chain risk has dropped however, from 7.5% in Q4 2016 to 7.15% in Q1 2017. The reduction is the result of falling commodity prices which have considerably reduced the value of the region’s exports to the rest of the world.

The Indian Government’s unexpected decision to withdraw 86% of the country’s cash as part of a crackdown on the use of counterfeit money has left businesses struggling to pay suppliers and workers. Combined with prolonged congestion at major Indian ports, India has helped to push global supply chain risk upwards. Asia Pacific contributed 37.4% of supply chain risk in Q1 2017, up from 33% at the end of 2016. In the long-term, however, progress continues to be made to create a nationwide Indian customs union which would see local tariffs abolished and encourage investment in supply chain infrastructure across the country.

John Glen, CIPS Economist and Director of the Centre for Customised Executive Development at The Cranfield School of Management, said: “Supply chains are a shared resource between consumers, businesses and governments, with procurement and supply chain managers acting as the guardians. When these links are effective, businesses can benefit from lower prices, consumers from better choice and society from greater knowledge sharing. It is therefore crucial they are protected, made resilient and as effective as possible, particularly when faced with a barrage of challenges.”

Bodhi Ganguli, Lead Economist, Dun & Bradstreet: “The improvement in the Global Risk Index (GRI) affirms that after a rather torrid start to the year, the global economy is settling down. The growth outlook is brightening, headwinds are diminishing, and forecasts generally point to better outcomes than we had expected a year ago. Yet, underlying this feel-good momentum, the global economy continues to face risks, both systemic and exogenous, that could flare up. From the fanning of protectionist inclinations by the rise of right-wing populism, to a one-off hit to supply chains from North Korean aggression, global supply chains and cross-border business strategies must remain cognisant of these risks, while utilising data and insights to take advantage of the opportunities created by the rising tide of global growth.”