Here’s How Data Analytics Can Combat Fraud & Transform Your Enterprise

Technology is bringing the finance industries one step closer to fighting money laundering thanks to the special identification of irregularities in trends and patterns of data, thus creating more ‘hits’ and fewer ‘false negatives.’ Aashu Virmani, CMO at Fuzzy Logix here talks to Finance Monthly about the potential impact data analytics can have on fighting money […] 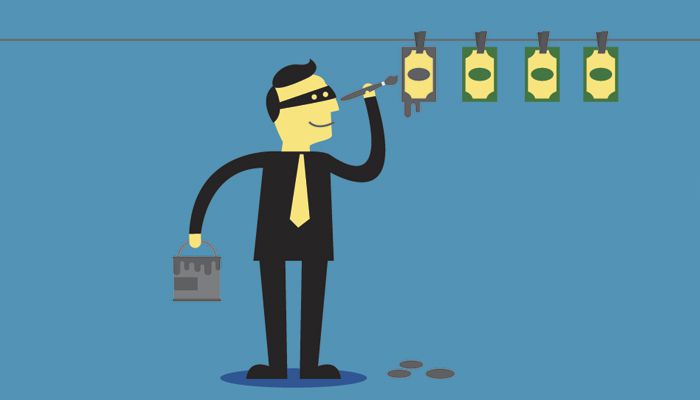 Technology is bringing the finance industries one step closer to fighting money laundering thanks to the special identification of irregularities in trends and patterns of data, thus creating more ‘hits’ and fewer ‘false negatives.’ Aashu Virmani, CMO at Fuzzy Logix here talks to Finance Monthly about the potential impact data analytics can have on fighting money laundering and changing your business for the better.

As long ago as November 2009, Forrester published a research report entitled ‘In-Database Analytics: The heart of the predictive enterprise’.  The report argued that progressive organisations ‘are adopting an emerging practice known as ‘in-database analytics’ which supports more pervasive embedding of predictive models in business processes and mission-critical applications.’ And the reason for doing so?  ‘In-database analytics can help enterprises cut costs, speed development, and tighten governance on advanced analytics initiatives’.  Fast forward to today and you’d imagine that in-database analytics had cleaned up in the enterprise?  Well, while the market is definitely ‘hot’ it appears that many organisations have still to see the need to make a shift.

And that’s despite the volumes of data increasing exponentially since Forrester wrote its report meaning that the potential rewards for implementing in-database analytics are now even higher.

Given we can deliver our customers with analysis speeds of between 10 – 100 times faster than if they were to remove the data to a separate application outside of the database, we have a ‘hard metric’ that is very compelling in helping us convince prospects of the value of in-database analytics.  It’s what gives us confidence that the shift to in-database analytics as the standard for data analysis is a question of time rather than choice.  Quite simply, the volumes of data that are increasingly being created mean that the only way to process the data and find analytical value is by doing so within the database.  But, as ever, real world examples are the best way to illustrate a point so let’s take an unusual one; money laundering.

Banks have a vested interest in ensuring they stay compliant with the regulations in place for catching and reporting anti money laundering (AML).  The regulations have been in place for several years, and it is likely that most large banks have systems/processes in place to track and catch money-laundering activity.  Despite this, we still hear about cases where the authorities have fined reputable banks for their failure to implement proper AML solutions.  Not too long ago, in 2012, HSBC was fined $1.9 Billion by the US Department of Justice for “blatant failure” to implement AML controls related to drug trafficking money and, as recently as 2017, Deutsche bank was fined $650m by British and US authorities for allowing wealthy clients to move $10 billion out of Russia.  So why are current implementations/best practices not keeping up?

Let’s look at 3 big factors that contribute to compliance failure in the realm of anti-money laundering:

With the money at stake for money launderers (according to the UN, $2 trillion is moved illegally each year), the efforts taken by criminals to avoid detection have become incredibly sophisticated.  Organised crime is continually seeking ways to ensure that the process of money laundering is lost within the huge amounts of financial data that are now being processed on a daily, hourly and even by-the-minute basis.  Their hope is that, because so much data is being processed, it is impossible to spot where illegal money laundering activity is happening.  And they’d be right, if you had to take the data out of the database for analysis.

Achieving a good degree of accuracy in a typical large bank means having to analyse billions of data points from multiple years of transactions in order to identify irregularities in trends and patterns. A traditional approach would require moving the data to a dedicated analytical engine, a process that could take hours or days or more depending on the volume of data. This makes it impossible to perform the analysis in a manner that can provide any real value to the organization. With in-database analytics, there is no need to move the data to a separate analytical engine, and the analysis can be performed on the entire dataset, ensuring the greatest possible coverage and accuracy.

One of our largest customers is a leading retail bank in India.  It was experiencing a rapid growth in data volumes that challenged its then-current AML processes.  By not needing to move the data for analysis, we were able to analyse billions of data points over a number of years (3+) of historical data to identify possible irregularities in trends/patterns, and do so in under 15 minutes – faster than any other method.  By not working to a pre-defined set of analytical rules and by letting the data ‘speak for itself’, it is possible to uncover patterns which occur naturally in the data. As a result, the bank is seeing an improvement of over 40% in terms of incremental identifications of suspicious activity and a 75% reduction in the incidence of ‘false positives’.  In short, good guys 1, bad guys 0 because in-database analytics is having a very real impact on the bank’s ability to spot where money laundering is happening.

I’m pretty sure that when Forrester published its report into in-database analytics towards the end of the last decade, it didn’t envisage the fight to combat money laundering being a perfect case study for why in-database analytics is a no brainer when handling large volumes of data.  But in today’s world, with ever increasing data volumes and the requirement to understand trends and insight from this data ever more urgent, in-database analytics has now come of age.  It’s time for every organization to jump on board and make the shift; after all, if it can help defeat organized crime, imagine what it could do for the enterprise?