The global trend of the past few years towards a “low-rate, broad-base” business tax environment continues, as worldwide economic growth shows no signs of improving and countries introduce new or improved incentives to compete for business investment that will stimulate growth. Canada isn’t immune to global trends, but its tax policy direction is hard to […] 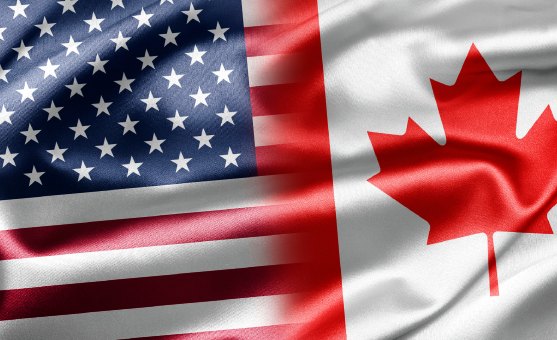 The global trend of the past few years towards a “low-rate, broad-base” business tax environment continues, as worldwide economic growth shows no signs of improving and countries introduce new or improved incentives to compete for business investment that will stimulate growth.

Canada isn’t immune to global trends, but its tax policy direction is hard to predict at the moment due to the uncertainty around tax policy reforms being considered in the US. This is according to the EY Outlook for global tax policy in 2017, which combines insights and forecasts from EY tax policy professionals in 50 countries worldwide.

“Tax reforms emerging in Europe and the U.S. are putting pressure on governments to find creative ways to compete for business investment,” says Fred O’Riordan, EY Canada’s National Advisor, Tax Services. “Canada has improved its international tax competitiveness over a number of years, but it’s at risk of losing some of this ground, in particular if the United States goes ahead with a tax reform package that includes significant rate reductions.”

With the implementation of the G20/Organisation for Economic Co-operation and Development (OECD) Base Erosion and Profit Shifting (BEPS) recommendations, governments are now more compelled to compete with each other and attract investment through different tax changes. According to EY’s report, of the 50 countries surveyed, 30% intend to invest in broader business incentives to stimulate or sustain investment, and 22% plan to introduce more generous research and development (R&D) incentives in 2017.

But Canada is bucking the global trend of investment-stimulating policy. Here, the government has been more focused on the personal income tax side and redistributing the tax burden so the highest income earners bear more and middle income earners bear less.

Tax reform in the United States may impact Canada

An increased likelihood of tax policy reform in the US is strongly influencing both the Canadian and global tax policy outlook. With a Republican President and Republican control of both houses of Congress, the probability of a reform package being implemented is higher than in previous years. As a result, Canada and many other countries are taking a “wait and see” approach until new legislation is adopted in the US before they commit to any reforms themselves.

“A “border tax adjustment mechanism” is currently proposed as part of the tax reform package in the US,” says O’Riordan. “Because our two economies are so closely integrated, this could have a significant impact on cross-border trade in both goods and services with our closest neighbour. Any Canadian company doing business with the US definitely ought to pay attention to upcoming changes in the US.”

Of the 50 country respondents, 40 report no change or anticipated change to their national headline corporate income tax (CIT) rate in 2017, but rates continue to decline in a number of jurisdictions, particularly in Europe. Canada is one of only two countries where the rate actually increased (the average combined federal/provincial rate increased marginally — by 0.2 percentage points). This in itself is unlikely to deter investment, but is still slightly out of step with global peers.