Red or Blue: What Does the General Election Mean for Fintech?

For all the stability that this latest General Election was due to bring, the Great British Public awoke on Friday morning with more questions than answers. With a weakened Government and a reinvigorated opposition, what does the world now look like for the fintech industry? Here, Kerim Derhalli, Founder and CEO of fintech app invstr, […] 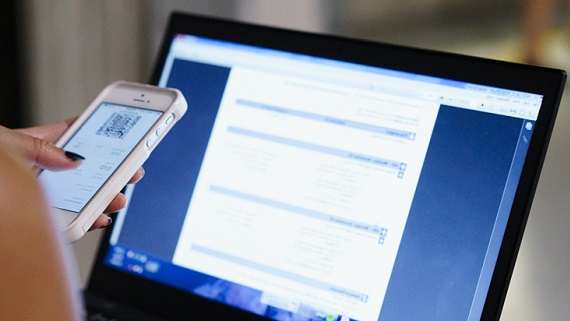 For all the stability that this latest General Election was due to bring, the Great British Public awoke on Friday morning with more questions than answers. With a weakened Government and a reinvigorated opposition, what does the world now look like for the fintech industry? Here, Kerim Derhalli, Founder and CEO of fintech app invstr, discusses the results’ impact on the fintech sector.

Traditionally, politics and technology has had an uneasy relationship. On the one hand, tech innovators strive to upset the status quo and find new ways of doing things; on the other, governments tend to be comfortable once they have exerted control over the unknowns of new technology.

In the aftermath of two horrific terrorist attacks in London and Manchester, Theresa May moved quickly to criticise technology companies for providing “safe spaces” for extremist ideology, reinforcing the Conservative pledge for greater regulation of the internet.

How will these two opposing ideologies play out in a fintech world brimming with optimism and entrepreneurship? There are pros and cons, and it may be that a hung parliament works in the favour of the tech glitterati.

The criticism of the Tories has been that they protect the big boys. Low corporate tax and a reduction in business red-tape will have the big banks rubbing their hands, but there’s also plenty for startups, disruptors and SMEs to be excited about.

But the Conservative’s manifesto declaration that “for the sake of our economy and our society, we need to harness the power of fast-changing technology” should be treated with caution.

The phraseology is fascinating. What does ‘harness’ really mean? If it means a managed level of regulation, which keeps consumers safe from the more sinister aspects of technology, while maintaining the capacity for innovators to try new things, then fintech entrepreneurs will be cheering.

If the real result is Big Brother laying down the law and attempting to bring the disruptors to heel, then the outlook isn’t so positive and, in reality, this approach is liable to backfire. As we’ve seen with Trump, the social revolution and today’s unprecedented access to shared information, the masses will soon make themselves known if they feel the palm of oppression settling on any of their concerns.

In January, Mrs May and Co. announced their modern industrial strategy, which promises investment and support for science, technology and innovation. On the surface, this is great news for the fintech set. University R&D funds, similar to that of the United States, could really accelerate advancement for innovative startups.

In the red corner

And what of their prime competitors? We’re now a decade on from the financial crisis, and Labour has said that it is time to reawaken the finance industry.

Their headline campaign announcement was a National Investment Fund that will bring in a £250 billion boost in lending for small business across the country. The manifesto cited private banks, small businesses and promised “patient, long-term finance to R&D intensive investments”. With fintech firms by-and-large falling into this category, this mantra could prove to be a firm positive for the sector, if the opposition flexes its muscles over the next term, as it can now do.

Back to the language of the document; Labour’s manifesto called out ‘big City of London firms’ as those which don’t support growth in communities. With tens of thousands of fintech roles sitting in the Square Mile currently, there may have been a few CEOs shifting uncomfortably in their seats.

Labour also pledged to appoint a Digital Ambassador to liaise with technology companies to “promote Britain as an attractive place for investment and provide support for start-ups to scale up to become world-class digital businesses”. Can one person change the face of tech investment in the UK? Fintech disruptors would be pleased to have an advocate in Whitehall, but similarly, the country is already showing that it is a leader in the world of tech and long may that continue.

The continuing turmoil is Westminster isn’t good for business on the whole. According to the Institute of Directors, confidence has plummeted since Thursday’s result – leaders want, believe it or not, ‘strong and stable’ leadership.

But the balance which the hung parliament gives us – a weakening of heavy-handed regulation policies on one side, and a firm dose of realism on the other as to what cash is available – may well work in the fintech industry’s favour.

Fintech is up to the challenge and will thrive. The arm-wrestle between governance and technology, politics and finance, regulation and disruption, between the established and the new, will continue. We’re opportunistic creatures, and we’ll continue to adapt and make the most of the breaks whatever government is there is provide them.