Following what Bahrain has blamed as “media incitement, support for armed terrorist activities and funding linked to Iranian groups to carry out sabotage and spreading chaos,” on Qatar’s part, and what Saudi Arabia as Qatar’s “embrace of various terrorist and sectarian groups aimed at destabilizing the region,” diplomatic ties with the Gulf state of Qatar […] 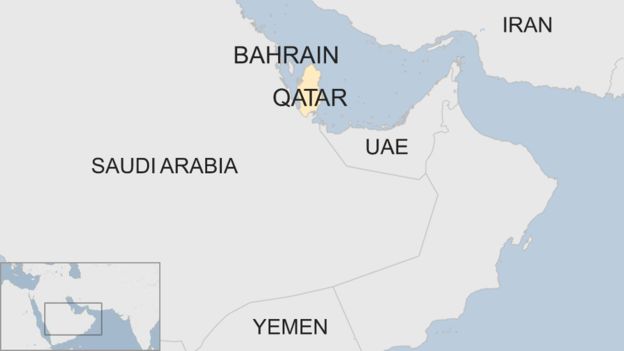 Following what Bahrain has blamed as “media incitement, support for armed terrorist activities and funding linked to Iranian groups to carry out sabotage and spreading chaos,” on Qatar’s part, and what Saudi Arabia as Qatar’s “embrace of various terrorist and sectarian groups aimed at destabilizing the region,” diplomatic ties with the Gulf state of Qatar have been disbanded by Saudi, UAE, Bahrain, Yemen, Libya and Egypt.

This of course may have serious implication regionally, and for Finance Monthly readers economically, beginning with the absence of flight to and from the gulf state.

“Either Qatar apologizes, which is what the other countries are asking for, or they could eventually be kicked of the GCC. It’s already escalating quickly – they’ve never banned flights before. We are also seeing market fallout in Qatar—its stock exchange is down nearly 8% today,” said CNN’s John Defterios.

Today UAE has given Qatar’s diplomatic mission in Abu Dhabi 48 hours to leave the country after what it said were “Doha’s several policies which destabilizes the security and stability of the region and manipulates commitments.”

In addition, diplomatic staff have been told to pull out of Qatar, and all Qatari citizens in UAE have been given 14 days to leave the nation. Passing through the Qatar and vice versa through UAE has also been banned. Some states have also announced they are cutting all air and sea traffic to Qatar, while closing their borders with the now isolated neighbour.

According to Qatar-based Al Jazeera TV, the Qatari foreign ministry claims the decisions will “not affect the normal lives of citizens and residents.”

Here is the full statement from The United Arab Emirates according to Abu Dhabi (WAM):

“The UAE affirms its complete commitment and support to the Gulf Cooperation Council and to the security and stability of the GCC States. Within this framework, and based on the insistence of the State of Qatar to continue to undermine the security and stability of the region and its failure to honour international commitments and agreements, it has been decided to take the following measures that are necessary for safeguarding the interests of the GCC States in general and those of the brotherly Qatari people in particular:

1-In support of the statements issued by the sisterly Kingdom of Bahrain and sisterly Kingdom of Saudi Arabia, the United Arab Emirates severs all relations with the State of Qatar, including breaking off diplomatic relations, and gives Qatari diplomats 48 hours to leave the UAE.

2-Preventing Qatari nationals from entering the UAE or crossing its points of entry, giving Qatari residents and visitors in the UAE 14 days to leave the country for precautionary security reasons. The UAE nationals are likewise banned from traveling to or staying in Qatar or transiting through its territories.

3-Closure of UAE airspace and seaports for all Qataris in 24 hours and banning all Qatari means of transportation, coming to or leaving the UAE, from crossing, entering or leaving the UAE territories, and taking all legal measures in collaboration with friendly countries and international companies with regards to Qataris using the UAE airspace and territorial waters, from and to Qatar, for national security considerations.

The UAE is taking these decisive measures as a result of the Qatari authorities’ failure to abide by the Riyadh Agreement on returning GCC diplomats to Doha and its Complementary Arrangement in 2014, and Qatar’s continued support, funding and hosting of terror groups, primarily Islamic Brotherhood, and its sustained endeavours to promote the ideologies of Daesh and Al Qaeda across its direct and indirect media in addition to Qatar’s violation of the statement issued at the US-Islamic Summit in Riyadh on May 21st, 2017 on countering terrorism in the region and considering Iran a state sponsor of terrorism. The UAE measures are taken as well based on Qatari authorities’ hosting of terrorist elements and meddling in the affairs of other countries as well as their support of terror groups policies which are likely to push the region into a stage of unpredictable consequences.

While regretting the policies taken by the State of Qatar that sow seeds of sedition and discord among the region’s countries, the UAE affirms its full respect and appreciation for the brotherly Qatari people on account of the profound historical, religious and fraternal ties and kin relations binding UAE and Qatari people.”