USD Vs GBP: How Are Currencies Now Faring?

With socio-political uncertainty reigning the decisions of businesses and banks, currency fluctuation is unpredictable and both the USD and GBP have been undergoing copius periods of pressure. Here Bodhi Ganguli, Lead Economist at Dun & Bradstreet gives Finance Monthly an updated run down on the currencies and their status moving forward. An investigation of the […] 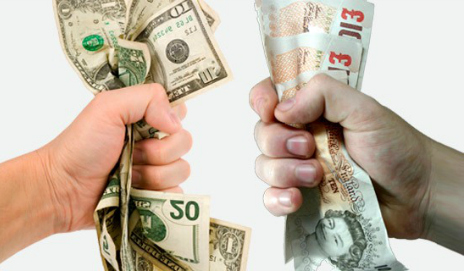 With socio-political uncertainty reigning the decisions of businesses and banks, currency fluctuation is unpredictable and both the USD and GBP have been undergoing copius periods of pressure. Here Bodhi Ganguli, Lead Economist at Dun & Bradstreet gives Finance Monthly an updated run down on the currencies and their status moving forward.

An investigation of the movements in the dollar-pound exchange rate needs to balance short run fluctuations against the medium to long term fundamentals. While day-to-day volatility in the currencies can produce financial gains for a subset of finance professionals like currency traders, the underlying trends in the exchange rate are far more important for the overall growth of the two economies, and eventually of more significance to businesses.

Note that the USD-GBP exchange rate is a “relative price”, or in other words, it is the price of one currency in terms of the other currency. As such, all movements in the exchange rate are relative to each other. Therefore, factors that have an impact on either the USD only, or the GBP only, will end up producing fluctuations in the exchange rate. The latest phase of weakening in the GBP relative to the USD began in earnest after the Brexit referendum in June 2016. The UK’s decision to exit the EU was seen as detrimental to growth in the near to medium term, causing erosion of investor confidence in the GBP. The immediate reaction was a slump in the relative price of the GBP; in less than a month the value of the GBP fell from USD1.45 to USD1.30 or nearly an 11% depreciation in the sterling. Since then, the GBP has lost even more ground vis-à-vis the USD.

The USD’s behavior over the last couple of years was also a factor behind the post-Brexit slump in the GBP. The drop in the pound happened to coincide with one of the strongest phases of the dollar in recent history. Against the currencies of a broad group of major US trading partners, the USD started appreciating sharply and steadily in mid-2014, and by the time of the Brexit vote in June 2016, it was already 18% stronger compared with July 2014. Since then, the USD gained even more thanks to investor optimism following the election of the Trump government.

More recent trends in the USD and GBP offer clues to the near-term movement of the exchange rate. The pound will remain under pressure during the course of the Brexit negotiations that have just commenced primarily because there is significant uncertainty associated with them. Brexit remains a systemic risk that will weigh on growth in the near term. More importantly, investor sentiment will be subject to frequent changes until Brexit is complete and any perceived increase in risks will weigh on the pound. This will tilt the exchange rate in favor of the USD, also, partly because the USD is a safe haven currency that investors flock to whenever there is an increase in geopolitical uncertainty. Over the longer run, we expect the pound to weaken modestly against the euro (the currency of the UK’s most important trading partner) until 2021, but this assessment assumes that elections on the continent will be won by pro-European parties and the Greek debt crisis will not return. Against the dollar, a very modest strengthening should set in towards the tail end of this decade but political risk in the wake of the Brexit negotiations has the potential to impact on the exchange rate. In any case, currency volatility will be a bigger issue than in previous years, also caused by political events on both sides of the Atlantic and the Channel.

Monetary policy in the two countries will also be a driver. The US Federal Reserve has already started the process of monetary policy normalization—the only major western central bank that has started raising interest rates from the ultra-accommodative lows necessitated by the Great Recession. On the other hand, the Bank of England launched the latest round of monetary stimulus right after the Brexit referendum and continues to support the economy with record low interest rates. The spread between the US and UK interest rates will also favor the USD, although the USD has its own issues to worry about there. Following the latest rate hike by the Fed in mid-June, the dollar remained relatively subdued. There are two main reasons why the link between a Fed rate hike and dollar appreciation seems broken for now: one, investors are assigning a low probability to aggressive rate hikes by the Fed given the recent weakness in US inflation data, and secondly, while investor optimism is still there, it is now widely accepted that the Trump administration’s fiscal policy measures, like tax reform and deregulation, will not add to US growth in 2017. In fact, implementation risk remains high given the level of disagreement on key issues among Congressional Republicans.

Ironically, while currency weakness fundamentally signals weakness in a country’s economic prospects over the longer run, it could benefit an economy in the short run. This is clearly evident from the gains in manufacturing seen in the UK, thanks to the weakness of the pound. However, there are downside risks from the weak pound, like rising inflation, which will weigh on consumers and prompt the BoE to raise rates. Similarly, no one seems to mind the lackluster reaction of the USD to the Fed rate hike. Manufacturing benefits, corporate profits gain, and even the Fed might not be too worried as the weak dollar will boost inflation and help it stay on track to raise rates. Eventually, of course, economic fundamentals will take over and the exchange rate will reflect the varying economic prospects of the two countries.