Your Thoughts: The Bitcoin Blockchain Blast-off

The Bitcoin (BTC), the first and original cryptocurrency worldwide, has been very volatile and seen incredible ups, with some downs, over the past few years. Last week saw its value fall once again, following days of gains, and after recently splitting to Bitcoin and Bitcoin Cash (BCC). Nonetheless, 1 Bitcoin is equal to approximately $3907.82 […] 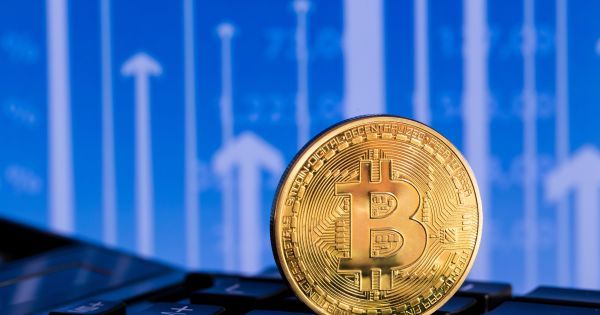 The Bitcoin (BTC), the first and original cryptocurrency worldwide, has been very volatile and seen incredible ups, with some downs, over the past few years. Last week saw its value fall once again, following days of gains, and after recently splitting to Bitcoin and Bitcoin Cash (BCC). Nonetheless, 1 Bitcoin is equal to approximately $3907.82 at time of publication.

It’s also not the only cryptocurrency, with many others following suit and gaining traction. What keeps it together and functioning without a central bank is the blockchain.

In light of the popular rise of this type of currency and its systems, and now the unexpected coin split, Finance Monthly has heard from several sources around the globe on the latest Bitcoin opinion and analysis.

The surge in the price of Bitcoin began with its recent SegWit upgrade, a technical update which has made transactions of the cryptocurrency more efficient than ever before.

Since then, the upswing in the price of Bitcoin has received much attention, with many commentators speculating that its value could even climb as high as $5,000. And as Bitcoin’s price continues to hike on a daily basis, more and more people are looking to invest their hard-earned cash in the cryptocurrency, for fear of missing out on a big pay-off.

It is also interesting to note that there is strong demand in South Korea and the Far East for Bitcoin. With unrest taking place across both of these regions, it may be that some are buying Bitcoin as a convenient and safe place to protect their wealth – just like when people turned to gold during times of conflict – which may also be contributing to this recent surge in price.

Historically Bitcoin has suffered significant swings in value and while its pricing is impossible to predict, it may take little more than investor sentiment to reverse recent gains.

The Bitcoin community was divided even before news broke that it would be splitting in two. There is a possibility we will see major instability in both Bitcoin and Bitcoin Cash over the coming months. Whilst the former has recently seen its price soar, the latter has seen its price slump, and so if Bitcoin Cash were to gain momentum we could potentially see major swings between the two currencies. As per expectations the new currency did not significantly impact Bitcoin’s market capitalisation when it was released. We must keep in mind though that the very first block of the new currency was only mined two weeks ago.

Before the final acceptance of the segregated witness update, people thought that Bitcoin had hit a ceiling in terms of price growth potential, and now there is widespread relief within the community that something is being done about scalability. This relief, along with the new capabilities of the blockchain to process more transactions goes a long way to explaining the surge in Bitcoin’s value.

It’s likely we’ll see even more growth of this kind in the future as people find new and innovative ways to use the technology. For example, Blockstream Inc.’s plans to make the digital ledger which underpins cryptocurrency available via satellite signal is also likely to contribute to this growth.

Looking at Bitcoin price surges and dips in the past, the trend seems to be cyclical. A rapid rise in price, many new users buy Bitcoin, price reaches previously unimaginable heights, then people start taking profit and converting to USD / GBP, price comes down. Eventually new features cause another surge of interest and so the cycle repeats.

In light of this, optimism around growth should also be accompanied by caution. Even as Bitcoin gains momentum, it is still capable of market contractions like the one we saw on Tuesday, which saw more than $6 billion to evaporate from the cryptocurrency market cap in a matter of hours. Volatility is still a big concern for those looking to invest in cryptocurrency, and has led to mistrust, especially amongst some larger investors.

As the industry grows, it’s important that more sophisticated ways of managing volatility-related risks are developed in order to make the market more inclusive and attractive to those who favour more passive investments.

Bitcoin’s significant price increase since the August 1 ‘hard fork’ demonstrates increased confidence now that uncertainty over the hard fork’s impact has come and gone without major incident. Investors are believing in the future of Bitcoin as not just a cryptocurrency, but also a technology system that can change the way businesses and consumers operate.

While ‘original’ Bitcoin’s dramatic price rise is getting much of the attention, it’s important to remember that the Bitcoin Cash chain has also survived. Bitcoin Cash presents a preferred choice for forces supporting unlimited block sizes and massive on-chain scaling. At nChain, we believe that is the path to Bitcoin’s true maximum value. Massive on-chain scaling is needed to enable countless technology functions which can, and should, be performed in a decentralised manner on the Bitcoin network. We should have a Bitcoin network that powers a faster Internet of Transactions, and enterprise-level capabilities for payments, data, communications, smart contracts, and many other functions.

Today, the technology is not yet advanced enough to accomplish this, but nChain is working on many innovations and intellectual property assets – such as scalability solutions, security improvements, and software development kits – needed to achieve that level of Bitcoin network growth worldwide. The Bitcoin token is the key to delivering transactions on the network, and the token’s value will increase as the transaction capability increases. While more than one Bitcoin chain can certainly co-exist, we believe the highest value proposition for the future will be on a chain like Bitcoin Cash that supports much bigger blocks, lower transaction fees, and more exponential growth.

The success of Bitcoin and other blockchain currencies this year has certainly been impressive. When Bitcoin initially began nine years it was only found in the dark corners of the internet, whereas it’s now becoming almost a mainstream financial asset.

The spilt from Bitcoin to Bitcoin Cash in the form of a SegWit hard fork could have been a catalyst for derailing the impressive upward momentum in price and general popularity of Bitcoin, but so far we haven’t seen this. I would call Bitcoin the ‘poster boy’ for successful cryptocurrencies – it’s established, secure to a certain degree, has a huge mining community, a large amount of speculation traders and its price has increased at an exponential rate every year. To me, it’s no surprise that since the hard fork, its price has increased from $2,700 to an all-time high of $4,449.

Interestingly, the spin off to Bitcoin Cash has hugely underperformed at the same time, initially increasing to $600 on the day of the spilt to now trading at $300. In my view this abundantly shows the importance in having a secure blockchain, and support of the mining community, in relation to how the transactions and sizes were recorded. At this stage it would seem this is still yet to happen with Bitcoin Cash.

However, I do believe that the price of Bitcoin has been kept artificially low in the run up to SegWit and now that the fork has happened, without significant issue, its popularity in general will greatly increase. Bitcoin represents a technology that has a finite amount, and also importantly is in a digital form, so unlike fiat currencies it is not affected by central banks printing more money. It is this aspect which I believe will drive its popularity to the next level.

It’s clear the recent price surges in Bitcoin and Bitcoin Cash are composed of three distinct principal drivers. The first one involves demand generation coming from new speculators entering the market driven by media reports. In the case of bitcoin cash, new and old speculators are looking to reproduce their gains as they did when bitcoins where in the low hundreds. The second driver involves the hording of bitcoins as an appreciating store of value, as bitcoin goes up the supply further contracts thus correspondingly driving the price further up.

The Best Crypto Exchanges For 2022

Should My Business Be Using A Financial Dashboard?

A Step-By-Step Guide To Money Management For SMEs

Bitcoin Now Below $27,000 Amid Frantic Sell-Off