Your Thoughts: US Dollar Strength vs Market Equities 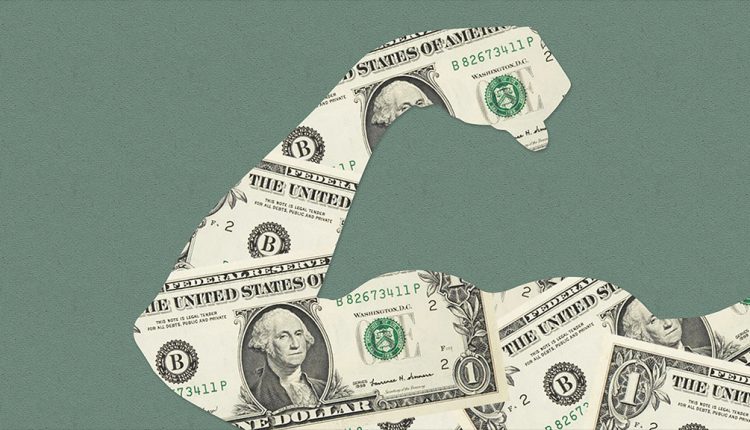 Looking at the performance of the dollar, and compared with market equities and currencies, Finance Monthly has heard from a number of sources, in the US and beyond, on the growing relationships between these indices.

A US dollar rally may be a bigger hassle for emerging-market equities than for currencies these days.

The US dollar has had a rough year till date, having lost nearly 12% of its value this year. This is largely attributed to doubts over the Trump administration’s ability to achieve healthcare reform, tax cuts and infrastructure spending. Confidence on the US administration’s ability to deliver growth-boosting fiscal policies is low, while the positive political and economic situation in Europe has further added to the pressure on the US Dollar. It’s been a reversal of fortunes of sorts as there are somewhat reduced expectations for tighter monetary policy out of the Federal Reserve in the US and higher expectations for more tightening out of the European Central Bank.

The weaker dollar probably does not unduly worry the President as it boosts the US’s export competitiveness. Trump probably views it as a positive as it will boost the US industrial heartlands.

However, this has been a negative factor for overseas investors in US assets, increasing their costs or reducing their profits. The slump in the dollar has already dampened the spirits of currently high performing Asian equities as there is an increasing fear that the weaker dollar could make Asian exports less competitive over time.

A weaker dollar has helped EM bonds as fears that an accelerated monetary policy tightening from the Fed Reserve would put pressure on the dollar-denominated debt of Asian companies, have receded. However, these taper tantrum type fears could represent a risk factor as EM equities are highly correlated with US equities.

The strengthening US Dollar does appear to be having a proportionately greater impact on emerging market equities at present. The key reason for this is that many emerging economies are pegged to the Dollar so when it goes up in value their own currency follows which can have a detrimental impact on exports. This can also effect emerging market companies with offshore earnings and make foreign debt repayments more expensive.

That said, the US Dollar is still in a relatively weak position and current events suggest it may remain so for the foreseeable future.

The currency had hit a 15 month low against the Euro. It then rallied following the release of an upbeat Non-Farm Payroll (NFP) report earlier this month which highlighted the creation of 209,000 jobs, a figure well ahead of expectations. It also reported a dip in unemployment to 4.3% which matches a 16 year low in the US.

The NFP Report has now provided the market with a good selling opportunity on the US Dollar. It also remains down against all G10 counterpart currencies, impacted by low inflation and interest rate differentials.

Moving forward you cannot ignore the on-gong political situation where there are serious questions of confidence over the ability of the Trump Presidency to deliver a longer term economic boost. While Mr Trump presided over an initial bull run on the Dollar, this appears to be over and there are now emerging signs that the market is losing confidence in both his administration and the Dollar.

The developing situation in North Korea, what effect this will have on the Dollar and the wider economic impact which could result from an escalation in hostilities is a big unknown variable in this whole equation. It is often the case that events which threaten global security will strengthen the US Dollar which is seen as a safer investment.

Looking at the bigger picture where we have an increasingly dovish FED, operating under an unpredictable and sometimes volatile President, with interest rate differentials against it and falling inflation, there is a strong case to suggest the dollar sell off will continue. The potential impact, including the effect this could have on emerging market equites, may therefore be over-stated.

There are few signs of such a build-up of capital. The MSCI EM index has underperformed the MSCI World index by 50% over the past five years and flows have been coming out of emerging markets as a result. As a consequence, we aren’t so worried about a US Dollar related emerging market sell off ourselves.

The dollar is negatively correlated with commodity prices so if strong dollar causes weak commodities this can hurt emerging market equities. Emerging markets also benefit from global growth so if the dollar is strong and trade is good there is unlikely to be an issue.