The Top 5 Traded Investments in August

Interactive Investor, the online investment platform, recently released its clients’ most traded investments, by number of trades, in August 2017. Commenting on the results, Lee Wild, Head of Equity Strategy at Interactive Investor said: “Following an exhausting 2,000-point rally between February 2016 and the record high in June this year, equity markets have extended their […] 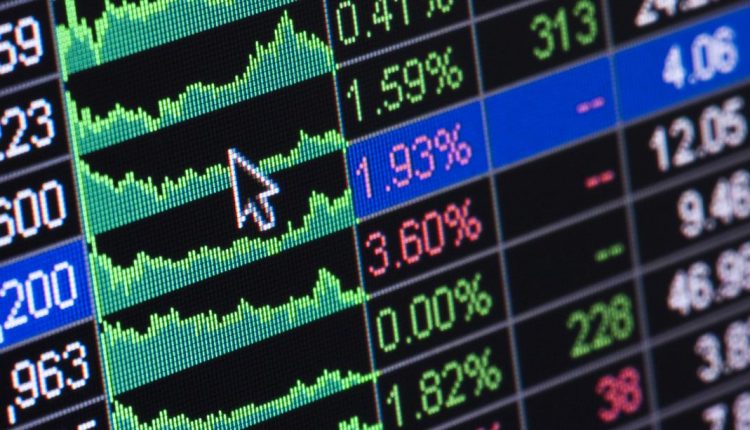 Interactive Investor, the online investment platform, recently released its clients’ most traded investments, by number of trades, in August 2017. 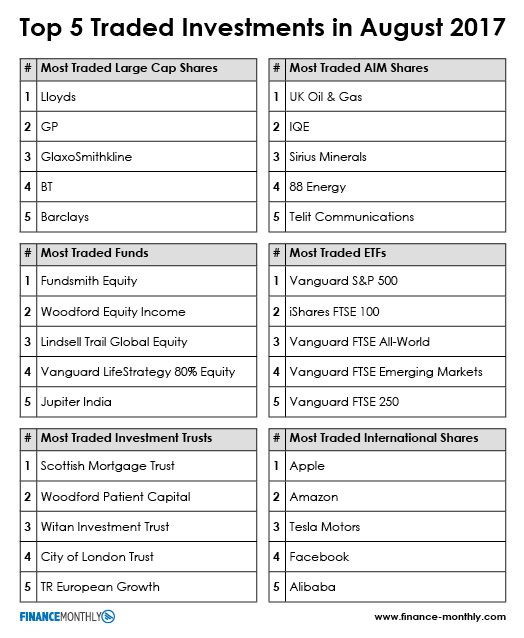 Commenting on the results, Lee Wild, Head of Equity Strategy at Interactive Investor said: “Following an exhausting 2,000-point rally between February 2016 and the record high in June this year, equity markets have extended their pause for breath, moving largely sideways over the summer months.

“Both the FTSE 100 and broader FTSE All-Share index rose less than 1% in August, though North Korean sabre-rattling tested investors’ nerves. Concerns that Kim Jong-un could nuke Guam, the US west coast or anywhere in between began a rollercoaster ride through the month, as enthusiastic buyers took advantage of each sell-off.

“Mopping up underperformers like Barclays proved a popular trade. After falling 6% in August, Barclays shares haven’t been this cheap since November 2016.

“Trading at a discount to most domestic peers on several key multiples, Barclays gatecrashed the top five most-traded large-caps on the Interactive Investor platform as buyers outnumbered sellers by more than two-to-one.

“Perhaps the biggest story to pass under the radar in August was the AIM market’s break above 1,000 for the first time since summer 2008. It’s easily outperformed the other domestic indices in 2017 so far, rising 20% in the past eight months.

“It was IQE that piqued interest among investors in August, almost toppling UK Oil & Gas from top spot as trading volume on the Interactive Investor platform more than doubled.

“A rally, given fresh momentum by a bullish update in July, spilled over into August, pushing IQE shares to new highs. There’s real excitement here as market watchers speculate about the possibility its chip components feature in Apple’s new iPhone 8, due to be launched next week (12 September).

“Internet of Things (IoT) hopeful Telit Communications came from nowhere in August following a profits warnings and shock departure of its CEO. A subsequent plunge in the share price and extreme volatility made it a trader’s favourite.

“Overseas, trading volume for Apple doubled as the shares surged by 10% in August. Apple shares typically nudge higher ahead of major product launches and the unveiling of the iPhone 8 next week has pushed the share price to a record high.”