With digital currencies taking the financial world by storm, the banking industry is being revolutionized from the outside. And it’s about time. The global banking system, which relies on currencies whose value is partly determined by the people in power (and partly by the demand) and thus, spin the wheels of the capitalist machine, could […] 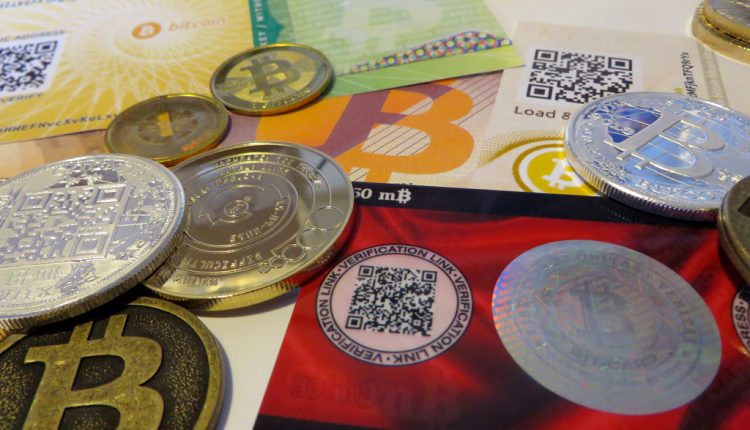 With digital currencies taking the financial world by storm, the banking industry is being revolutionized from the outside. And it’s about time. The global banking system, which relies on currencies whose value is partly determined by the people in power (and partly by the demand) and thus, spin the wheels of the capitalist machine, could possibly be turned inside out.

Cue cryptocurrencies. The premise is simple: They are not controlled by any particular country, which means supply depends on demand and the value depends on the movements within the blockchain. However, the programming gets far more complicated than that, as does their relationship with “regular” money and banking. It’s a love-hate relationship, or at least the banks love to hate them, seeing as the more transactions that are performed using crypto, the less power they have to maintain control of the financial capital in their country, and subsequently worldwide.

China was the first country to ban ICOs (initial coin offerings — the process to start a new currency). This shouldn’t really have come as much of a surprise from the country that has a bit of a history of trying to keep their population in check. When the news hit, it had a less than enthusiastic reaction from miners and investors alike. China says the move was to protect investors, which would make sense at a basic level because the Chinese stock market is less than 30 years old and investor protections need to be comprehensive enough for the ever-complicated ecosystem of alternative finance, which still needs time to develop. On the other hand, reports back in September revealed that China is hoping to eventually develop its own fintech sandbox, so their banning of ICOs could possibly be considered as a pre-emptive strike on the competition. Time will tell.

Other countries will also introduce some kind of regulation, but there’s nothing as extreme as China, yet. The USA doesn’t have an outright ban, but the strict regulations with the infamous IRS mean that you have to be an accredited investor to have the right to participate in ICOs. Malaysian officials have issued cautions and announced that there will be regulation to follow and they are not ruling out the possibility of banning cryptocurrencies completely. Most recently, South Korea has stated that strict controls are needed and there will be heavy penalties for offenders. Experts say that this is just paving the way for more control on cryptocurrencies in general. And it’s not just in Asia that governments are starting to play hardball: The banking capital of Europe, Switzerland, has introduced a code of conduct regarding ICOs and regulations for currency use.

Does this all come down to a country’s desire to regulate their own finances and wealth? Maybe. But it seems that they’re missing the point somewhat. The sheer beauty of digital currency is that they work independently of any government or central bank. And seeing as the cryptocurrency market is booming and is only set to continue, completely prohibiting ICOs in these countries is likely to be as effective as trying to ban gaming in the Bahamas, which now plays host to PokerStars’ annual high-stakes championship tournament for poker.

As for bans in more countries, there are a couple of possibilities. Some countries will follow suit and introduce regulations on both ICOs and cryptocurrencies, making them lose what made them so appealing and successful in the first place. And others will allow investors to get in on the ground floor of this unregulated space for them to increase wealth in the hope that it benefits the country of the investor. Given the plans for economic growth in Southeast Asia, investors are sure to be plugging for this second option and subsequently leaving their competitors in the dust.

Of course, there will always be those looking for loopholes. After all, where there is a will, there is a way, and when the value of cryptocurrencies increases 400% in a six-month period, a will is easily found. It’s also possible that something as simple as a name change might suffice — premines are becoming an increasingly popular concept in the US at least — until regulations affect these as well, creating a cycle of innovations within the digital currency world.