The Top 5 Traded Investments in September

Interactive Investor, the online investment platform, has recently released its clients’ most traded investments, by number of trades, in September 2017. Commenting on the results, Lee Wild, Head of Equity Strategy at Interactive Investor, said: “It was all about inflation, interest rates and tapering during September, so little wonder central banks dominated proceedings. US Federal […] 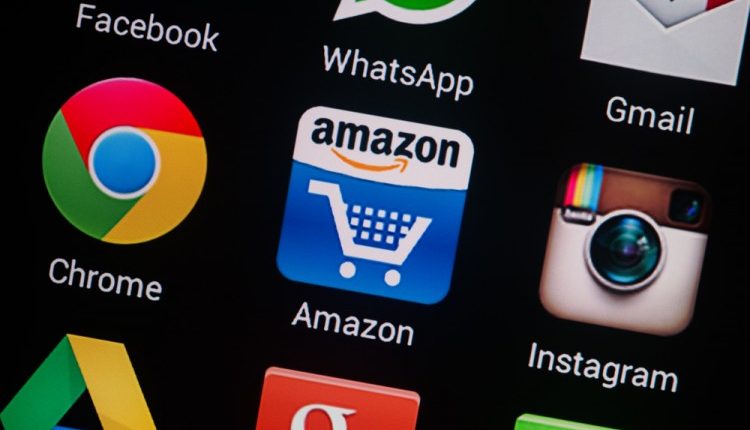 Interactive Investor, the online investment platform, has recently released its clients’ most traded investments, by number of trades, in September 2017. 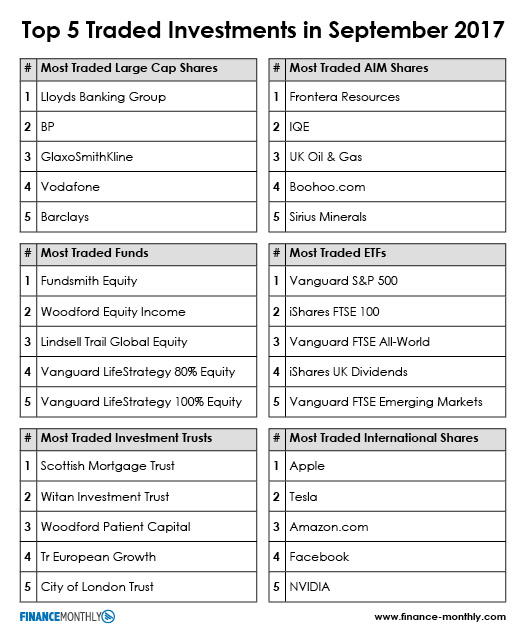 Commenting on the results, Lee Wild, Head of Equity Strategy at Interactive Investor, said: “It was all about inflation, interest rates and tapering during September, so little wonder central banks dominated proceedings. US Federal Reserve chair Janet Yellen, who’ll begin slowly winding down the Fed’s $4.5 trillion balance sheet this month, prepped markets for a rate hike in December then another three in 2018.  Not to be left out, Bank of England governor Mark Carney turned hawk as inflation hit 2.9%, confirming that a first increase in UK borrowing costs for over a decade just got a whole lot closer.

“The obvious benefits of higher interest rates had the British pound up as much as 5% against the dollar and at a post-EU referendum high. Rate rises are typically good news for the banking sector, with lenders quicker to raise borrowing costs than they are to offer better deals to savers. It may not be great for consumers, but an improvement in bank margins should feed through to shareholders by way of bigger profits and dividends.

“It’s why investors’ favourite Lloyds Banking Group rallied 6% in September and remained the most popular blue-chip stock on the Interactive Investor platform last month. Vodafone blasted back into the Top Five. Apple’s launch of the iPhone 8 should get the tills ringing, and the fastest growing broadband operator in Europe offers an irresistible dividend yield of over 6%.

“As one would expect, there was plenty of excitement on AIM. Online fashion retailer Boohoo.com is a member of AIM’s exclusive ten-bagger club, but the shares are hardly cheap, so tweaking margin guidance lower in its half-year results gave traders a scare. So did joint-CEO Carol Kane’s decision to sell £10.7 million of Boohoo shares in the aftermath.

“However, a 25% plunge in the share price always looked harsh given aggressive growth forecasts. It’s why trading volume more than tripled in September and buyers outnumbered sellers two-to-one.

More spectacular, however, was the explosion in activity at Frontera Resources. There are 13.4 billion shares in issue worth less than a penny each, but the £100 million company is no tiddler. Frontera’s liquidity, typified by tight spreads, volatility and an intriguing story make it a firm favourite among small-cap investors. At the beginning of September, the shares were worth just 0.1125p, but before the month was out it was 0.782p, an increase of 595%.

“There’s real excitement around Frontera’s Ud-2 well in Georgia because it sits in the Mtsare Khevi gas complex, where experts estimate a potential recoverable resource of 5.8 trillion cubic feet of gas. Following a series of progress reports, the number of trades on the Interactive Investor platform swelled twelvefold in September versus the previous month.”

Rebecca O’Keeffe, Head of Investment at Interactive Investor, adds: “Yet again, the big active funds of Fundsmith Equity, Woodford Income and Lindsell Train Global occupy the top three spots, with our investors continuing to prefer active management in the current environment. With currencies driving markets and sector moves more pronounced, there is greater potential for active managers to add value.

“Although the top three are all active, passive funds remain relatively popular and Vanguard 100 muscled its way back into the Top Five, knocking out Jupiter India in the process. Vanguard have taken over as the preferred option for many clients, with 15 Vanguard funds in the Top 100 most bought funds year-to-date. The compound effect of lower fees is significant and over the long term this can add tens of thousands to your portfolio value, making low-cost tracker funds highly attractive for investors.”