The Paradise Papers have revealed secret boltholes for many firms and individuals around the world, from sportsmen and the Queen to giants like Apple. But what are people’s thoughts on tax avoidance, which is very different from the illicit tax evasion? Tax avoidance has a large range of angles to consider, from investment to the […] 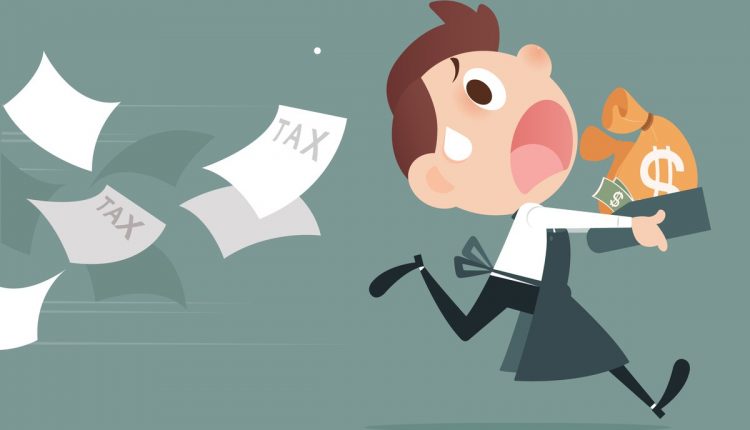 The Paradise Papers have revealed secret boltholes for many firms and individuals around the world, from sportsmen and the Queen to giants like Apple. But what are people’s thoughts on tax avoidance, which is very different from the illicit tax evasion? Tax avoidance has a large range of angles to consider, from investment to the moral dilemma of national tax, the spirit of the law, and of course financial protection.

Below Finance Monthly hears Your Thoughts on tax avoidance and offshore tax law loopholes, referencing the latest leaks and the information found therein, with experts from all round, covering various sectors.

The net is continuing to close in on a variety of tax planning and more information from the Paradise Papers will no doubt fuel HMRC’s efforts of collecting the tax gap.

In my opinion, there are two types of taxpayers who are getting caught up in the headline of ‘tax avoidance’:

We are seeing many more arguments in the press about the moral position of taxpayers and it is clear the landscape has changed over the past five years or so, with tax avoidance appearing to be as abhorrent as tax evasion.

However, it is the courts that decide on tax matters and not the press, so we need to be careful not to tar everyone with the same brush and to allow informed decisions to be made through the correct channels.

The continuing change in landscape makes it very difficult for taxpayers and advisers to know where the line now is between acceptable tax planning and abusive avoidance.

It will be very interesting to see how HMRC and international tax authorities deal with the information from the Paradise Papers and whether they can successfully filter their way through commercial tax saving arrangements as compared to abuse of apparent loopholes.

First and foremost, we must stress that we’re not ‘tax advisers’, albeit we do have a remit to consider taxation when advising clients on their investments.

The issue for us here is morality, as Tax Avoidance (or mitigation) is not illegal. Every client that invests within an ISA does so for the taxable benefits it brings. Similarly, so does a pension. If the tax breaks were not there, I doubt people would use them as they do. Investing offshore has always been a legitimate way of investing too, however some of the more complex schemes raised of late raises a question of morality, rather than legality.

I believe it’s the amounts involved that make it feel immoral to the majority of the general public. If, for example, we see someone who is taking home a large pay packet not paying the tax man the ‘fair’ amount, it makes people feel angry, as they’re already winning the lottery, as it were. The problem is, if it’s immoral to ‘legally avoid tax’ at all, the amounts should be irrelevant. This issue of morality, therefore, makes it impossible to police, as everyone has differing views.

If we’re saying that ‘avoiding tax’ at any level is wrong, then that should also mean the end to ISAs, pensions, and every accountancy business in the country, as this is their purpose in the end. It would become an absolute minefield.

It would be very surprising if the affairs of those individuals concerned were illegal or nefarious. It is the theft of the papers that is illegal.

Some of the documents relate to matters 75 years ago when the world was a very different place. Recent developments have made a significant impact on the use of tax havens, namely the common reporting standard (CRS) and FATCA. Both FATCA and CRS are automatic exchange of information protocols that mean privacy is no longer what it used to be.

Just because an individual makes an investment that is based offshore does not mean that they have done anything wrong – if they fail to disclose it (and the return they make) on their tax return then that’s tax evasion. But to make the quantum leap and suggest that everyone from the Queen to Bono is dodging tax because some of their investments are made via Bermuda, Cayman or Malta is stupidity on a grand scale.

Regarding Lord Ashcroft, if he is non-UK domiciled then he will benefit from the remittance basis of taxation. The fact that he took steps to mitigate his UK liability (legally) is a matter for him and his conscience, not the media.

The comments this morning by Shadow Chancellor John McDonnell are wide of the mark – imposing a withholding tax on dividends will not stop tax abuse – it would simply make the UK less competitive as a jurisdiction for large multinationals, at a time when we need to be more competitive than ever.

John McDonnell’s comments illustrate just how magnificently out of touch he is with reality. A worrying thought given he’s likely to be our next Chancellor.

Offshore investing, in very general terms and in order to provide a realism check, is legal. The ability to invest one’s funds offshore, traditionally in a small jurisdiction that does not have the most sophisticated regulatory structure, is noted as being a viable and useful investment strategy for a number of reasons. Whether it is to diversify one’s exposure to risk, to protect one’s assets from political variabilities (like war or political instability, for example), or to protect against market volatility, there are a number of benefits to investing offshore. However, ‘investing offshore’ masks a number of variances which really should be revealed: offshore investing may relate to an investment fund being ‘domiciled’ abroad, which is legal, but offshore investing is sometimes cited when people attempt to remove their income from tax authorities, which is not legal. Whilst some who are caught in the crosshairs of this latest scandals have not, necessarily, been accused of operating illegally, it is really the close connection between the business and political elite and these tax-avoiding schemes which is causing the scandal to have such an impact. Whilst allegations of illegality will likely be forthcoming, at the moment the focus is on both a. proximity between the scheme and the elite, and also b. the issue of declaration, as witnessed by the story enveloping Lord Ashcroft at the moment. Yet, the proximity-issue points to a much larger issue, and one which, rather regrettably, is difficult to paint in a positive manner.

The former British Prime Minister, David Cameron, once opined that tax avoidance – in relation to the comedian Jimmy Carr being outed as using an aggressive tax-avoidance scheme – is ‘morally wrong’, with his successor, Theresa May, vowing to combat tax-avoidance almost immediately after taking office. However, the first point to note is that it will be incredibly interesting to hear Theresa May’s responses to this latest leak, one which puts some of her Party’s most revered figures in the centre of the scandal (one doubts she will be as forthcoming this time). The second point is more abstract; the absolutely incredible amount of people and corporations caught up in this scandal can only tell us one thing: tax avoidance, or at least doing everything possible to reduce one’s tax burden, is inherent within society (particularly, rather obviously, for those with large reserves of funds). This should not really be revelatory, but the response to the Paradise Papers suggests that maybe it is. This latest instance of proof that influential people systematically ‘game the system’, should be the spark that initiates deep-rooted reform of the market-centred society we live in, but one should be able to realise how fanciful that thought is when looking at the impact of the Panama Papers; that is quite a way to end on the back of what, to all intents and purposes, should have been an era-defining revelation in its own right, but now represents par-for-the-course.

The recently leaked documents yet again brought to light offshore investments by firms and individuals, many of whom are politicians and celebrities. Most of the tax-reducing arrangements mentioned in these documents, however, are perfectly legal. Among many questions this may raise, two are “Is investing abroad a bad thing?” and “Do tax laws favour the rich?       “

Investment in global financial markets is similar to global trade. Both remove territorial constraints to economic activities and bring benefits. Investing abroad should be thus no more objectionable than buying imported cars or imported vegetables. However, offshore opportunities are not available to the majority of taxpayers, – typically, they are for very large investments, – so the issue here is the underlying inequality of opportunities, rather than an evil nature of global markets.

According to the official statistics, in 2017/18 tax year the top one percent of UK taxpayers earned 12% of the total pre-tax income and paid 27.7% of the total income tax revenue. The bottom fifty percent earned 25.3% of total pre-tax income and contributed 9.7% of the total income tax revenues. In 1999-2000 these numbers were 11% and 21.3% for the top one percent, and for the bottom fifty percent they were 23.8% and 11.6%, respectively. This reflects growing progressivity of the UK personal income tax, which also appears to have outpaced the growth in income gap.

The pattern is even stronger in the United States. There, in 2014 the top one percent of taxpayers earned 20.58% of total income and paid 39.48% of all income taxes. The bottom fifty percent earned 11.27% of total income and contributed 2.75% of all income taxes. For each dollar earned, the top one percent taxpayers paid 27.1 cents in tax, whereas the taxpayers in the bottom fifty percent paid 3.5 cents, – a more than seven-fold difference.

Thus, a highly progressive income tax system in the UK and in the US leads to the highest burden of income tax falling on the richest taxpayers. What these numbers also tell us is that the income distribution in both countries is highly unequal. This is why rich taxpayers have opportunities unavailable to many, – in particular, they can afford incurring high costs of offshore investments that give them higher net returns. The task for the governments is to address the roots of inequality, and this goes far beyond changes in the tax law.