The US economy’s growth rate last quarter was recently revised on the basis of stronger investment from businesses and government bodies than previously assessed. GDP in Q3 was revised up to 3.3% annual growth rate compared to the previous quarter. This was according to the US Department of Commerce in a press release on the […] 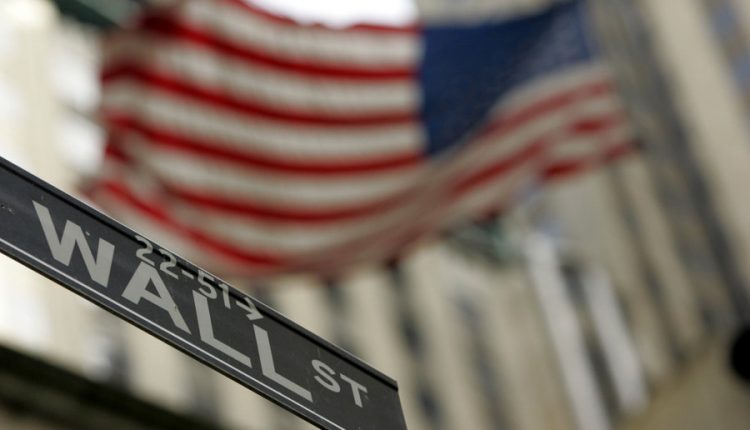 The US economy’s growth rate last quarter was recently revised on the basis of stronger investment from businesses and government bodies than previously assessed. GDP in Q3 was revised up to 3.3% annual growth rate compared to the previous quarter. This was according to the US Department of Commerce in a press release on the 29th November 2017.

This week Finance Monthly reached out to sources across the globe to hear their take on the current situation in the US, what has impacted growth across several industries, and what the forecast for 2018 looks like.

US growth was revised to 3.3% annualised on Wednesday, up from an initial reading of 2%. This was the fastest growth rate in 12 quarters but there is likely to be some hurricane distortions, so we must interpret the data with caution, we don’t expect it to continue at this level.

Looking into the numbers and things look broadly positive. Consumer spending, which accounts for around 70% of the US economy, remained strong, growing 2.3%. This wasn’t quite as strong as last quarter but is a good level nonetheless and shows that the US consumer is relatively healthy. For the consumer to continue to spend, we really need wage growth. So far, this has been pretty anaemic in spite of very low unemployment. We believe this could be about to change. NFIB Small Business Surveys show that 35% of small business are now finding it hard to fill jobs and 21% are planning to raise compensations as a result. This data points are at cycle highs and this is highly likely to feed into US wage growth at some point.

Business investment picked up, contributing 1.2% to growth, up from 1% the quarter before. This is a pleasing sign as it suggests that corporates are gaining confidence in the economy and are willing to make the investment necessary to capitalise on this. Corporate profits were also up last quarter which should give corporates the financial freedom to continue to develop and (hopefully) growth wages.

The upward revision, from previously 3.0%, was mainly due to a higher than expected increase in public and private spending.

If the current estimate of growth in the Q4 GDP is realized, then this would represent the first time since 2004 that the US economy has posted three consecutive quarters of over 3%.

The growth rate is in line with the government’s target. They are engaging a tax cut plan to lift GDP to 3% annually. However, economists see such a pace as unsustainable and expect growth to slow sometime in 2018.

If you were to look for some bad news in the revision, then you could point to the fact that the revision comes from public and private spending and not consumer spending, which makes up 70% of the US economy. In addition, inventory build-up was significant and could prove to be a drag on growth in the future. However, this upward revision comes with a backdrop of severe hurricanes and low wage growth, which should have been quite negative for consumer growth.

This positive news will strengthen the case for the Fed to raise rates next month, although the announcement had little effect on the dollar or the markets.

The highlight of last week’s US data card was the release of the GDP numbers for the third quarter of 2017. The number brought US GDP from 3% to 3.3%.

This is slightly above the median expectation of 3.2%, and shows the US economy continues to expand progressively with the GDP reading being the most aggressive since late 2014.

But in context, what does this mean for the US rate path, as the December rate decision from the Federal Reserve rate setting committee comes next week? From freshly inaugurated Federal Chair Jerome Powell’s perspective, the data is on course for a hike. Even the departing Janet Yellen appeared to shift her dovish tone, referencing data with the possibility of a hike in December.

We need to look no further than the recent performance of US stocks and the dollar for confirmation that the market believes in the upcoming rate hike. Despite the ongoing investigation into President Trump’s electoral campaign, which is an obvious anchor, there are no signs of a slowdown in the US positivity story. The one final hurdle for the market to overcome ahead of next week’s decision is the Non-Farm Payrolls on Friday. The data has been somewhat muddied over the last few months, as hurricanes have taken their toll. However, this month, we should expect to get a true reading on the strength of the US jobs market.

A strong Friday performance will push the market up the final few percent towards a December hike.

Across the Atlantic, the US economic outlook is also robust, which is reflected in high business confidence. US GDP is expected to expand a solid 2.0% in 2017 and 2018. The positive outlook is supported by strong job growth, very low and still declining unemployment, and even firming wage pressure. In this environment, the number of bankruptcy filings is at historical lows. In Q3 of 2016, the number of bankruptcies in the US reached its lowest quarterly level since Q4 of 2006. We forecast a 4.0% decline in the overall number of insolvencies this year and a mild 2.0% decline in 2018. The US outlook is subject to risks, on the upside (tax reform) as well as downside (trade, NAFTA).