Your Thoughts: Interest Rate Hike in May?

Analysts currently expect the Bank of England to hike interest rates in May, but some are opposed, claiming the market is misjudging the BoE’s plans. Bond market guru Mohamed El-Erian says the potential rate hike is “far from a done deal.” Last week the BoE left interest rates on hold, adding to suspicious they may […] 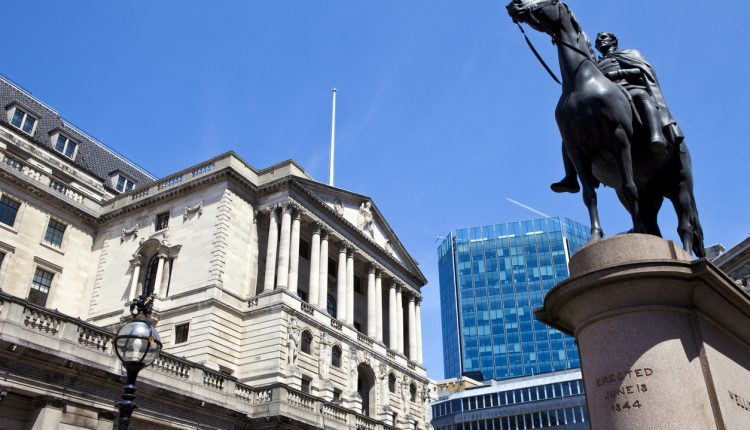 Analysts currently expect the Bank of England to hike interest rates in May, but some are opposed, claiming the market is misjudging the BoE’s plans. Bond market guru Mohamed El-Erian says the potential rate hike is “far from a done deal.”

Last week the BoE left interest rates on hold, adding to suspicious they may raise them in May. After all, the BoE has been hinting at increased rates since last November’s hike.

This week Finance Monthly asked experts: What are the indications? What’s the BoE’s plan? What are your thoughts on future implications?

Carney and Co. were not expected to spring any surprises last week, opting to keep interest rates on hold again, much as the consensus had suggested. While the vote to retain the current status of the asset purchase facility was unanimous, there were dissenting votes from serial hawks, McCafferty and Saunders, who saw that the time was right for the Bank to raise interest rates to 0.75%. Many of the major banks have brought forward their forecast for a hike to May, though Bloomberg’s interest rate probability tool sets this likelihood still at only around 65%. Commentators are certainly warming to the idea, but most believe that it will be almost another year before a subsequent hike is carried out.

This may be underestimating the path of inflation, wage prices and – importantly – overstating Brexit concerns. Carney has repeatedly suggested that Brexit remains one of the greatest challenges to their forecast models, however, the price action in Sterling already belies a growing optimism, or acceptance, that the economic impact of the 2016 referendum is far less negative than suggested by the major players prior to the event. With a transition agreement in place, a move into the critical trade negotiations is a huge step forward even if it brings us to a position with the greatest potential for deadlock.

With headline inflation remaining high and now wage prices heading in the same direction, the UK’s second hike in just over a decade will indeed come next time around. Furthermore, with a May hike enacted, the door will then open for a second hike of the year in Q4, an eventuality that the market is yet to price in. With Brexit concerns reducing on the growing optimism that a transition agreement will provide the time and space for a trade arrangement to be thrashed out, the prospect remains for Sterling to trend higher in the weeks and months to come.

We have been bullish on GBPUSD for more than a year now and even with such a consistent trend higher in the last 12 months, the pound remains historical cheap by nearly any measure. There will be times when negotiations with the EU falter, and with it Sterling will stutter, but with a focus on the policy outlook from the central banks and a long-term chart to hand, the medium-term future continues to look bright for the pound.

When the BoE begins to hike interest rates the main concern I see is the impact this will have on over indebted consumers. I have been paying close attention to UK unsecured consumer debt, which is currently at all-time highs of more than £200bn. Furthermore, the annual growth rate in UK consumer credit is 10% a year which is considerably higher than household income growth (2%), therefore a very concerning place to be. These are unsustainable levels now and an interest rate hike could tip these consumers over the edge. Particularly, those on interest rate tracker mortgages. This will then have a ripple effect on businesses as consumers rein in spending to pay off their debts.

For entrepreneurs it is damaging because funding is an issue as it is, let alone with higher interest rates as it will put off potential investors. The first thing businesses cut back on is risky investments and purchases, so entrepreneurs and small businesses will see the biggest brunt of it in my opinion. For the financial markets we should see strength come into GBP. That, combined with the soft Brexit announcement we had earlier last week could push GBP back towards 1.5 – 1.6 against the USD.

The Bank of England vote to hold interest rates is not surprising, as recent figures indicate a moderation in inflationary pressures. However, with wage growth finally picking up, our analysis suggests that interest rates are likely to increase later in 2018, despite the tepid real GDP growth figures.

Based on our current data and analysis, we are maintaining a ‘deteriorating’ risk outlook for the UK but this could change to ‘stable’ depending on the outcomes of the EU summit this week. If the 28 EU leaders agree on the much-needed transition period until December 2020, the risk of a hard Brexit in March 2019 will drop significantly. That said, implementation risks remain high and the long-term future of EU-UK trade relations are still unclear. Against this backdrop, a careful and measured approach to managing relationships with suppliers, customers, prospects and partners is key to navigating through these uncertain times.

The Pound spiked up following the latest UK interest rate decision which saw GBPEUR and GBPUSD touch fresh levels as the recent improved expectations were realised. Whilst Inflation had fallen slightly lower than expected it remains above target and rising wage growth too has given the Bank of England a freer hand in raising interest rates.

Rising growth forecasts for the UK also add to the increasingly rosy picture for the UK, progress on Brexit with the agreement of the transitional phase has also added to the buoyant mood. Whilst the current stance of the Bank is for a rate hike in May any serious changes in economic data could derail that.

A rate hike in May is now very likely but with that looking so likely, the Pound may not move much higher. The next 6 weeks of economic data ahead of the decision on May 10th will now be pored over for any signs of either caution from, or indeed signs of further hikes down the line. It would seem likely that with the UK and global economy forecast to grow further in 2018 and 2019, the Bank of England will continue to need to manage rising Inflation as the economy grows.

In my role as a specialist foreign exchange dealer my clients have been quick to utilise the forward contract option to lock in on the spikes and moves higher for the Pound. Whilst the longer-term forecast has improved lately, the uncertainty over Brexit and the fact the UK remains behind other leading economies in the growth stakes, indicates a risk averse approach. Locking in the higher levels still remains the most sensible option to manage your currency exposure and volatility from the Bank of England and interest rate changes.

With two members of the Bank of England’s monetary policy committee voting to raise interest rates it is becoming more likely that at least one increase will take place this year, probably as early as May.

Whether the era of ‘cheap money’ has finally come to an end remains to be seen. Any rise will be welcomed by savers who will potentially see an increase in rates on saving accounts, but the cost of borrowing will increase too. Those on variable mortgages could experience higher interest rates for the first time and need to understand the financial implications this could have. However, it is important to remember that even with the interest rate rises expected, interest rates remain low by historical measures and below the rate of inflation.

It’s also important to not become complacent and we’d advise everyone to remain mindful that there may be uncertainty in the months ahead, especially as stock markets remain volatile.

If you have thoughts on this, please feel free to comment below and let us know Your Thoughts.