Bitcoin was created in the aftermath of a catastrophic economic recession and a fiasco in the worldwide banking system. It was the poster-child of the ‘cypherpunk’ movement, which believed in the transformative power of cryptography to mitigate that of governments and of capitalism. More broadly, it was the latest in a long line of political […] 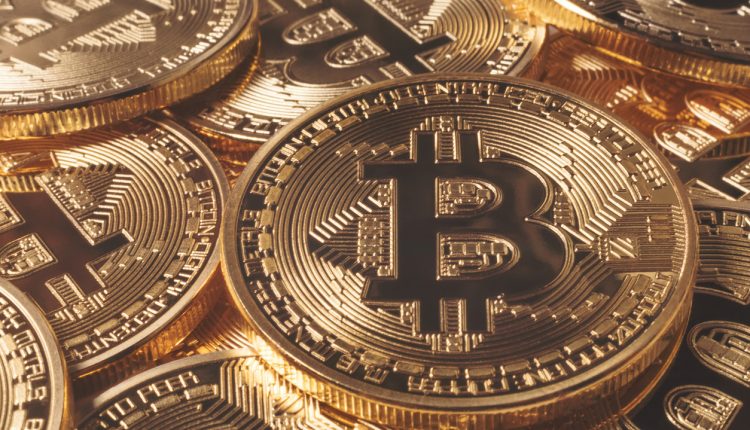 Bitcoin was created in the aftermath of a catastrophic economic recession and a fiasco in the worldwide banking system. It was the poster-child of the ‘cypherpunk’ movement, which believed in the transformative power of cryptography to mitigate that of governments and of capitalism. More broadly, it was the latest in a long line of political movements that have occurred throughout human history – from the French revolution in the 18th Century to the communist revolutions that gripped the 20th – all of which have aimed to give power “back to the people”.

But Bitcoin, the cryptocurrency once heralded by anarchists and libertarians as a technology that would unfetter us from a domineering financial system, now stands on the cusp of assimilating with the very sector which it was supposed to circumvent. For staunch advocates of total crypto liberty, that philosophical sea-change might feel like an expedient betrayal – and they would be right. But Bitcoin has evolved in a way that even its founder surely didn’t anticipate: its popularity has forged a whole new financial market, and an entire crypto ecosystem in its wake.

That’s no small feat, and it’s not one that financial institutions can realistically ignore. The power of blockchain, crypto’s underlying technology, may be in its decentralised nature – and in many sectors, that level of decentralisation is viable. But for the world of finance, this simply isn’t the case, and it never will be. The destiny of all successful financial products is institutionalisation, and given the triumph of crypto, institutional involvement – and the regulation that follows from that involvement – was always inevitable. If the client demand is there, which it is, then institutions have every right to meet that demand – and many already are.

The horse bolted last year, when two exchange giants, CME and CBOE, launched bitcoin future trading operations. That set the gears turning for other exchanges and banks. In May this year, Goldman Sachs, the most prestigious of the major Wall Street Banks, waded into the crypto world with a crypto futures trading operation and a dedicated trading desk. There’s plenty of activity on the horizon too: the New York Stock Exchange, part of the Intercontinental Exchange, is reportedly setting up an online platform for buying and holding crypto.

Crypto has also strayed into the world of asset management, where the number of funds currently stands at around 251, with $3.5 – 5 billion in assets under management. Considering only 20 hedge funds for cryptocurrency existed in 2016, this represents substantial growth. Even George Soros is said to have given approval to trade virtual assets in the last few months, having called it a bubble in January of this year.

Firms like Soros Fund Management and Goldman Sachs are far from outliers in the world of finance. According to a recent survey from Reuters, one in five financial institutions is considering trading cryptocurrencies within the next 12 months. That’s a noteworthy shift from 2017, when BTC and crypto were derided by the financial world as a scam and an avenue for criminality. Financial institutions may be saying one thing, but they’re doing quite another, and there will be fast followers now that Goldman has put the wheels in motion: very few want to lead, but everyone wants to be second.

As tends to be the case with the crypto market, wherever BTC goes, others follow. Ethereum futures appear to be on the horizon, at least as far as CBOE is concerned. The Initial Coin Offering market as a whole has also witnessed rapid institutionalisation. Back in 2017, all token sales were public, and widely advertised. Now, most ICOs get their money in private sales from a handful of investors. Even if start-ups do decide to run public sales, the vast majority of funding still comes from institutional money.

The elephant in the room is now working out the effect of all this institutional involvement. Most obviously, we’ll soon be seeing the impact of big money, as the process unlocks billions on billions of dollars that float in the world’s financial systems. With that, we’ll see more block trades occurring. Prices are likely to rise. Volatility may increase, or indeed, it may decrease as the market becomes more liquid.

Regardless of price movements, institutionalisation looks set to be a positive thing for the market, providing legitimacy in the space: after all, the more positive actors there are in the market, the better.