Lawyers have claimed the recent ruling between Christopher & Joanne Doran and Paragon Personal Finance is a new precedent that could mean that banks are liable for another £18bn in payouts. This could mean huge changes to the way firms operate in this sphere, although there are many parts of the puzzle that remain unclear, […] 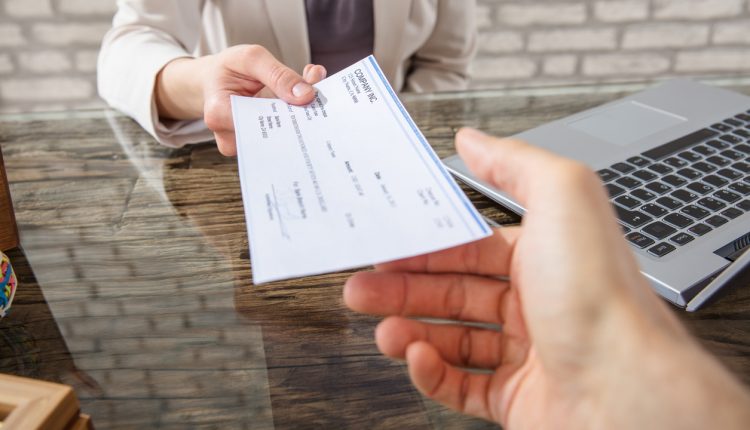 Lawyers have claimed the recent ruling between Christopher & Joanne Doran and Paragon Personal Finance is a new precedent that could mean that banks are liable for another £18bn in payouts.

This could mean huge changes to the way firms operate in this sphere, although there are many parts of the puzzle that remain unclear, namely in regard to commission, premiums and compensation. At this point, banks are on high alert for impending changes to the PPI deadline.

This week Finance Monthly reached out to a number of experts in the legal/banking sector to hear Your Thoughts on the potential for further PPI payouts.

There doesn’t appear to be any basis for the FCA’s statement that there is a fixed tipping point at which a particular level of undisclosed commission becomes unfair. According to the FCA, only those people who unwittingly paid over 50 per cent of their total premium in commission are entitled to compensation. The regulator’s argument that the only appropriate remedy in these instances is to repay the excess compensation over and above that notional 50 per cent level is inconsistent with recent court rulings, and the legal principles around mis-sold PPI.”

Mrs Doran gave evidence that she would not have taken out the policy at all had she known about the commission level. Accordingly, the judge ruled she should be awarded the full amount of the premium in damages. This judgment – whilst not binding on other courts – is likely to have far-reaching significance, showing not only that the faulty FCA guidance is not legally binding, but also that it is a castle built on sand. If claimants challenge it, they could be repaid in full – at a potential total cost of up to £18bn to the banks.

This judgement is extremely important as the Defendant, Paragon Personal Finance, tried to persuade the Court that the unfairness related to matters that took place at the time of entering into the agreement and that the court should hold that the limitation to bring a claim should start to run from when the allegations of unfairness happened.

The Defendant also invited the Court to follow the FCA calculation, and only award relief amounting to the commission paid above 50%.

The court also held that appropriate redress that should be awarded is the full amount of the PPI policy and the interest paid.

The current rule states that customers can claim back money if more than 50% of their PPI payments went through as commission and this information was not disclosed upon taking the policy.

The average commission banks were paid was 67%, which means millions of people who were sold PPI are entitled to compensation.

This decision is welcomed and shows the Courts are prepared to reject the tipping point approach that has been expressed by the FCA and also allows individuals access to justice through the Court.

The case opens space for a renewed claims frenzy as it suggests that even if the PPI policy was not mis-sold, customers could still reclaim due to excessively high commissions that were paid out.

The news that those with mis-sold PPI policies may be able to claim billions of pounds more in compensation, following a court ruling in Manchester, will no doubt alarm banks across the UK.

It is estimated that only 1.2 million claims have been made out of 13 million potential PPI pay-outs. The large number of outstanding claims may seem overwhelming for banks, but they can successfully deal with this huge number of potential claims by ensuring they communicate using the Three P’s: Process, Proactivity and Proof. Specifically, this means placing a firm focus on internal processes, acting proactively when reaching out to customers and being able to prove compliance will make it far easier for the industry to ride out the storm. Failing to follow this process means do this means financial services companies will run the risk of facing the FCA’s wrath, while damaging valuable customer relationships.

The real winners to emerge from this saga will be the ones who realise it is a wake-up call. We live in turbulent political and economic times – every stakeholder within the Financial Services sector must be confident they are laying the groundwork for full compliance and traceability, so they will be able to ride out future storms of a similar nature.

With the 29 August 2019 deadline for new PPI claims approaching, we have started to see and will continue to see claims management companies try to drum up new complaint angles in the lucrative PPI compensation arena.

Traditionally, PPI claims were made on the basis of mis-selling. However, a new ground for complaint was established with the Supreme Court’s judgment in Plevin v Paragon Personal Finance. The Supreme Court ruled that a failure to disclose to a client a large commission payment on a single premium PPI policy made the relationship between a lender and the borrower unfair, under section 140A of the Consumer Credit Act 1974.

The Supreme Court’s view was that anything above 50% commission was excessive and automatically unfair. The consensus was that anything which was paid above 50% should be returned to the Customer. That threshold was endorsed by the FCA and is now reflected in the FCA rules. It was quite common for a large portion of the sum which a customer paid for in PPI to in fact be paid to the intermediary as commission.

Christopher & Joanne Doran v Paragon Personal Finance follows on from the Plevin case. It seems as though the County Court judge has decided that customers should get back the whole commission value (ie. 75% in this case), as opposed to the residual percentage above the 50% threshold (i.e. 25%).

The impact of this judgment remains to be seen; however, the court’s decision has not yet been made public and it was issued by a County Court (4th tier). The FCA has already confirmed that it will not be changing its guidance. Plevin was a Supreme Court judgement (top tier), before five Supreme Court justices, and is binding on all UK courts and beyond. By comparison, the County Court has no binding authority on any court in the UK. Even if the case is appealed, it will not have the status of Plevin, which remains the leading authority in this area.

The Supreme Court’s judgement, paired with the FCA’s guidance, will continue to be the guiding lights on this issue.