In a recent study into Britain’s largest landowners, ABC Finance Ltd has uncovered who really owns the UK. Owning a lucrative property portfolio has become a dream for many people in the UK. This is unsurprising as the returns on savvy investments can be substantial. As of the start of 2018, there were upwards of […] 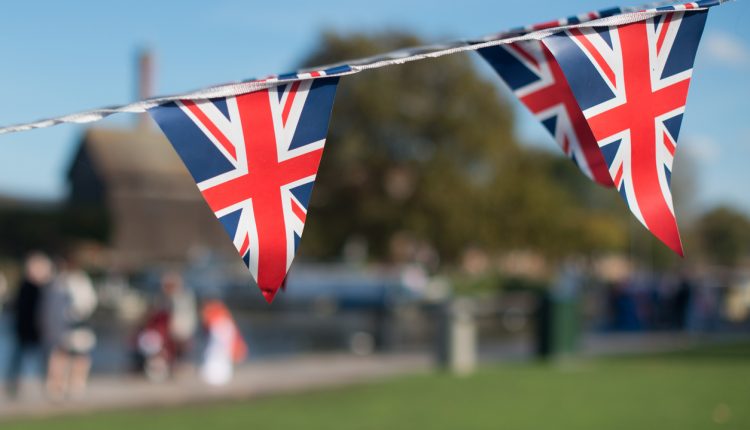 In a recent study into Britain’s largest landowners, ABC Finance Ltd has uncovered who really owns the UK.

Owning a lucrative property portfolio has become a dream for many people in the UK. This is unsurprising as the returns on savvy investments can be substantial. As of the start of 2018, there were upwards of 750,000 property millionaires in Britain but even they can’t hold a candle to the largest overall landholders. 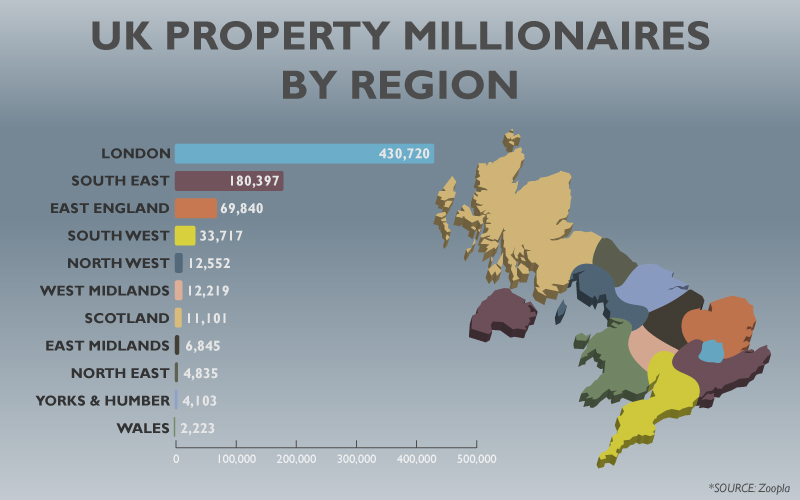 The UK is made up of approximately 60 million acres. The top 50 landowners currently own 7.3 million acres combined which equates to over 12% of Britain’s landmass.

So, who are these people and companies that own so much of the UK?

While many people assume that the Royal Family have the largest land holdings, in reality, charitable organizations like the Forestry Commission and National Trust own the most land in the UK.

To put this in perspective, land owned by charitable organizations makes up 5.4% of Britain’s entire area. The Forestry Commission alone owns 4x the landmass of the Lake District while the National Trust’s land could comfortably fit the entire island of Tenerife.

This isn’t to say that the Royals are stuck for space. The Crown Estate owns more land in the UK than makes up the nation of Luxembourg and the holdings in Queen Elizabeth’s personal portfolio could fit Buckingham Palace 1,000x over.

Then we have the British Military, who own a substantial amount of land, set aside for the “defence of the realm”. Both the MOD and the Royal Artillery Company made the top 50 landowner list with combined holdings of almost 1.2 million acres – around 2% of the UK.

Interestingly, the group that claims fourth place in the land ownership leaderboard is made up of foreign business moguls and royalty, such as retail mogul Anders Holch Povlsen and Sheikh Mohammed Bin Rashid Al-Maktoum. In fact, the amount of land owned by foreign interests (562,285 acres) could be used to construct 23 million average-sized UK homes.

Further down the list sit the UK’s utility companies including Severn Trent and United Utilities. The companies that have made the property rich list are involved in water supply and mining, with enough land between them to fit Manchester, Leeds and Birmingham twice.

These are followed by British entrepreneurs and large business owners, such as Sir James Dyson, who personally owns enough land to fit 3,000 Wembley Stadiums. Altogether, these captains of industry control an equivalent amount of real estate to The Channel Islands and The Isle of Man combined.

At the bottom of the land ownership rankings sits a selection of property developers, with Homes England, Taylor Wimpey and the Haworth Group making an appearance in the top 50 with overall holdings of 55,003 acres.

The remaining notable landowners include the Church of England (105,000 acres) and Oxford University’s Merton College which, as a stand-alone campus, owns enough land to fit the entire city of Oxford. 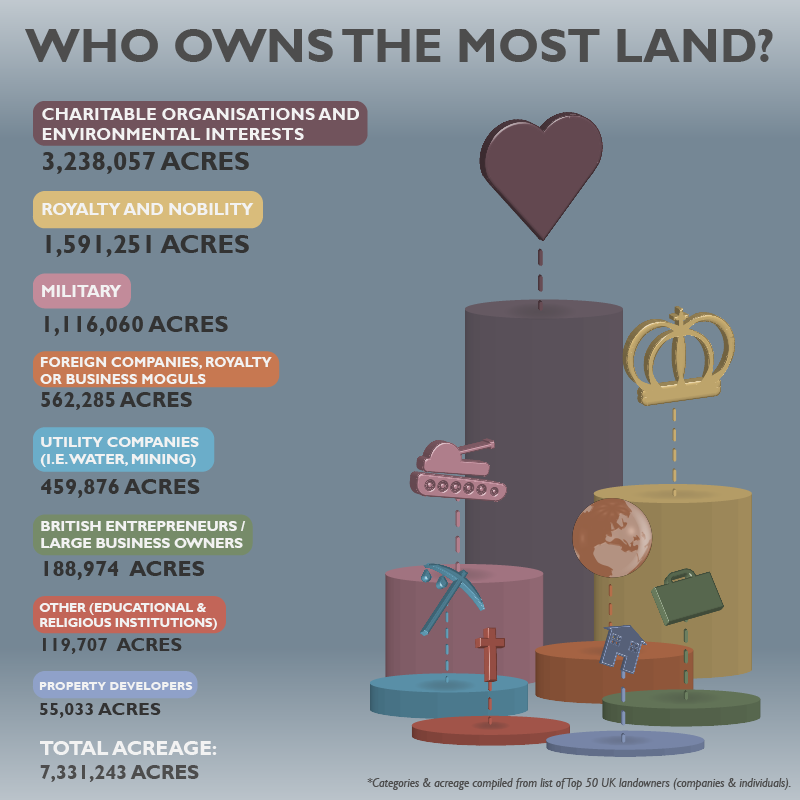 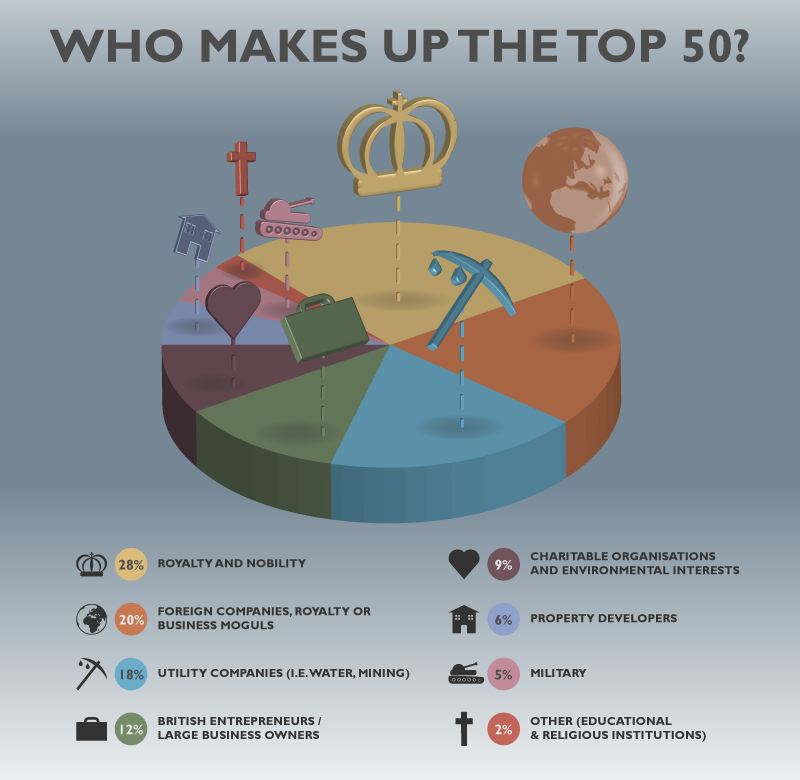