Will a Brexit Plan to Use Blockchain Solve the Irish Border Issue?

Ever since the UK’s decision to leave the EU was announced, there has been a lot of speculation surrounding what will happen to the Irish border. Northern Ireland is part of the UK, which would leave the EU when Brexit goes through, but the Republic of Ireland will remain in the EU. This has led […] 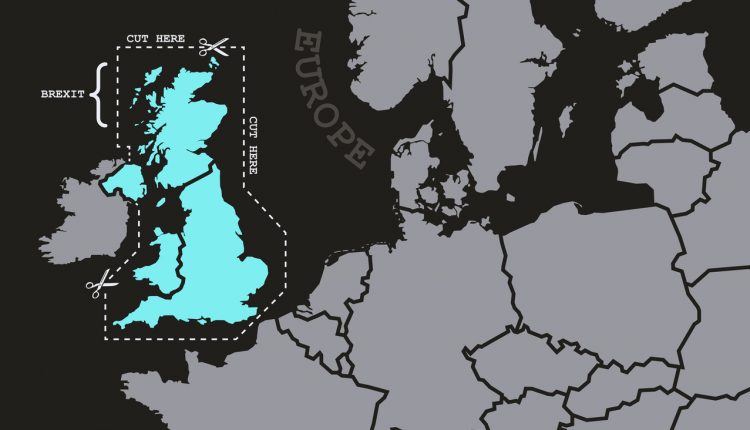 Ever since the UK’s decision to leave the EU was announced, there has been a lot of speculation surrounding what will happen to the Irish border. Northern Ireland is part of the UK, which would leave the EU when Brexit goes through, but the Republic of Ireland will remain in the EU. This has led to many calls for border controls between the countries. It’s generally agreed that customs checks on goods will be required, yet whether passport checks are needed remains debatable. Recently the Chancellor of the Exchequer has suggested using blockchain to solve the issue.

The current line from the Treasury according to one source is that they are ‘actively considering technologies that could help facilitate trade over the Northern Ireland – Ireland land border.’ This was confirmed by Chancellor Phillip Hammond, who, when asked about how the government could achieve smooth trade after Brexit announced “there is technology becoming available … I don’t claim to be an expert on it, but the most obvious technology is blockchain.”

Yet there are a few theories as to how blockchain could be involved practically. That’s not so surprising, as the only real major use of blockchain so far has been to power the cryptocurrency bitcoin.

What Could Blockchain Do?

Essentially, blockchain is a decentralised ledger which stores a digital record of transactions which is tamper proof. There have been a number of companies that have started to apply blockchain technology to their supply chains, with the most common reason to keep track of goods. One such example is of a start-up that used blockchain to track its tuna stock, every time it changed hands from net to supermarket the blockchain was updated.

This could be applied to the Irish border for documenting the movement of British goods through the supply chain, as a way to verify compliance with the EU’s rules. Checking blockchain certifications should be more efficient than paper ones, but it will be slower and it’s still unclear what other benefits this could hold.

Are There Any Other Options?

Presumably there are other options, given that the Treasury has revealed barely any details as to how blockchain might be applied. Especially as research into dealing with 6,000 heavy goods vehicles per day crossing the border has shown that using blockchain as a solution is ‘untested or imaginary’.

There’s still a chance that there won’t be a hard border and no technological solution will be required. Until the logistics and exact requirements are sorted out, it remains to be seen what will happen in terms of a solution.

Will it Be Successful?

According to most experts who have thought about the logistics of using blockchain to solve the Irish border issue, probably not. However, a solution that includes blockchain in part could be possible.

Indeed, in an interview with Cointelegraph, Vili Lehdonvirta, an associate professor and senior research fellow at the University of Oxford stated that “in my assessment there is zero chance that blockchain technology will help deliver a ‘frictionless’ border between Northern and the Republic of Ireland.”

Added to this, Nick Nick Botton, an expert on trade affairs and digital economies at Landmark Public Affairs stated that “The Northern Ireland issue is sadly not one that will likely ever be solved via technology, it’s strictly a political issue at this stage.”

For businesses whose model relies on importing and/or exporting over the Irish border, seeking out financial options in case plans to use blockchain or other technology to sort out the issue fails is a good idea. Currently, it seems like there isn’t much of a plan, but that should all change in the near future.