Most people always carry their phones with them — very few leave the house without their device. And so, it’s natural that mobile banking appeals to a large percentage of the UK population. 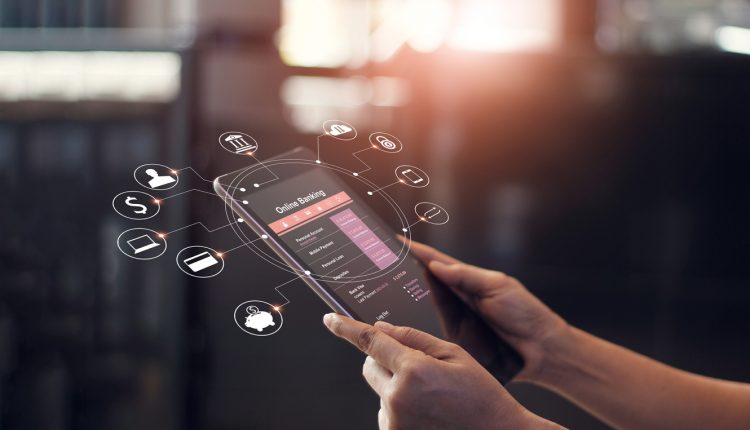 Industry experts CACI forecast that 2019 could very well see mobiles usurp PCs as the main appliance for internet banking. It’s even predicted that by 2023, 72% of Brits will use apps as their main financial management source.

But mobile banking has already transformed how we spend money. Let’s explore how.

Thanks to banking apps, it’s easier than ever to access money. Access to phone signal granted, you can transfer money, anywhere, at any time. However, with this comes the risk of overspending.

And many people can’t resist the temptation to buy more than they need. In fact, a recent report by Bain & Co. revealed that on average, mobile payment users spend twice as much as those who don’t.

Very often, with the risk of overspending comes an increased demand for easy money-saving tactics. Unsurprisingly, banks have been quick to jump on this need by bringing out budgeting apps.

Although increased spending remains common among mobile bankers, these apps could help to provide a remedy. Because managing finances is a priority for most people, they have been quick to take off.

So, mobile banking hasn’t just influenced how we spend — it’s changing how we save, too.

Banking apps make it more straightforward to exchange money and make purchases, therefore they are particularly valuable for people who struggle with traditional methods of money management.

For wheelchair users, visiting a local bank or an ATM can often be inconvenient. But thanks to these apps, financial affairs can be managed from home. The need to venture into town to take out cash or pay for goods is now a thing of the past — and this is transforming lives.

Likewise, this has revolutionised how people with specific learning differences monitor their money. Features like colour-coding are ideal for users with Dyslexia, Dyspraxia and ADHD, for example.

For people who live far from the town or city, driving to an area with a hole in the wall or bank is no longer necessary as banking can be done from home. Using this kind of app could even reduce your carbon emissions.

How we spend, save and manage our money has been completely transformed by mobile banking. No wonder its set to rise in popularity over the next four years. This is an exciting time for the financial world. How will it affect your finances?