The UK government has taken the first tentative steps to help bring the property market back to life. 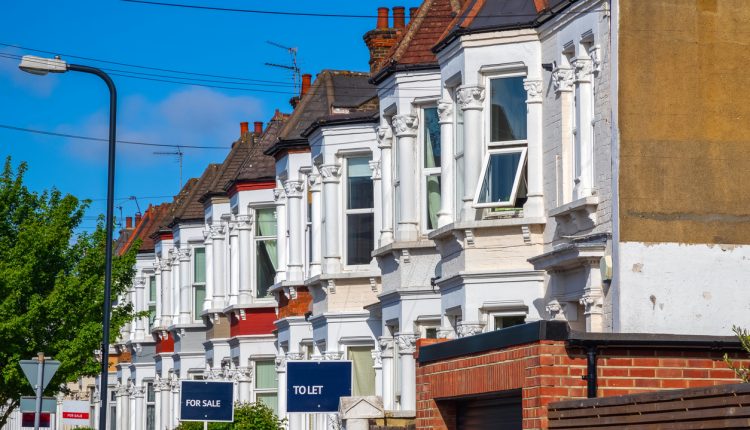 From 13 May 2020, estate agent’s offices were permitted open and to begin viewings, in line with social distancing guidelines. People were allowed to move home. The construction industry was also permitted to begin building again, in line with government guidance.

Despite such steps, many commercial premises are likely to remain shuttered for some time to come. Those that do reopen may expect significant falls in turnover. The lockdown precipitated by the coronavirus pandemic has already pushed some businesses over the edge. Even as the lockdown measures are slowly eased, many commercial tenants may struggle to meet their payments. Landlords and tenants alike are now grappling with a radically altered economic situation and struggling to understand how it impacts their commercial lease arrangements. Richard Osborn, a specialist commercial property and property development lawyer at Excello Law, parses the new measures and their implications below.

The emergency Coronavirus Act, 2020 protects commercial tenants from eviction should they miss a payment in the three months after the measures were implemented. This means that no right of re-entry or forfeiture for non-payment of rent may be enforced in a commercial tenancy until 30 June 2020, at least. This protection can be extended up to six months. Landlords and tenants will be expected to work together to establish an affordable repayment plan when this period ends.

The government has put in place a raft of measures to help businesses weather the coronavirus crisis. Commercial tenants can avail of UK government loans on attractive terms in order to pay rent. The government’s £330 billion business loan package announced by Chancellor Rishi Sunak was specifically stated to be available for businesses to “pay their rent, their salaries, suppliers or purchase stock”. The Bank of England’s reduction of interest rates to a record low of 0.1% may help make existing loans more manageable. The government’s VAT payment deferral is estimated to have provided businesses with £30 billion in cash flow relief. Crucially, the government’s coronavirus jobs retention scheme helps businesses retain furloughed staff, which will help them to get up and running quickly once they reopen.

The government’s £330 billion business loan package announced by Chancellor Rishi Sunak was specifically stated to be available for businesses to “pay their rent, their salaries, suppliers or purchase stock”.

Despite these measures, many now fear a permanently changed commercial reality across the commercial property sector. Landlords of office premises are concerned that the massive moves towards homeworking necessitated by the coronavirus pandemic have proven a remarkably successful experiment for many businesses. Some major employers now intend to ramp up homeworking on a permanent basis, which may imply a long term reduction in the demand for office space. Likewise, the recent vast shift to online shopping is a serious concern for the retail sector. Many expect customers to continue shopping online in greater numbers, even after the pandemic passes. Concerns that the coronavirus pandemic may be causing permanent tectonic shifts in the commercial property market have increased anxieties across the sector. On top of this, most economists believe that we are already in the early stages of a major global recession.

Letting Agents: Should You Use Them? What Property Should I Invest in 2019?

Frustration brings the contract immediately to an end. Both parties are relieved of any of any unperformed obligations. The Law Reform (Frustrated Contracts) Act, 1943 stipulates that money already paid is normally recoverable. However, if a party to the contract has incurred expenses, they may charge them to the other party. If a party who has gained a valuable benefit under the contract must pay a fair sum for that. Otherwise, the contract is brought to an end.

Frustration may appear attractive as a clean way to end a lease. However, meeting the legal test for frustration is onerous. Each case will turn on its own facts, and will depend upon the impact of the crisis upon the performance of the contract. Frustration may be arguable in cases where leases have only a short period to run, and where the business requires physical proximity – such as a hairdressing salon, for example. But even then, much will depend on government advice as it evolves. The government has issued advice on how to operate businesses safely for England. However, this is open to interpretation in terms of how might apply in practice to a given business. Some tenants may argue that compliance is impossible and that their leases are therefore frustrated.

Frustration may be arguable in cases where leases have only a short period to run, and where the business requires physical proximity – such as a hairdressing salon, for example. But even then, much will depend on government advice as it evolves.

The position is more complex where a commercial tenant is not ordered to close, but where they decide to do so in order to protect staff or customers – perhaps due to their judgment that the premises does not enable government social distancing guidance to be met. In such cases, where there is a valid “keep open” clause, it is open to a landlord to argue that the balance of convenience lies in favour of the premises being kept open. However, cases seeking damages for breaches of “keep open” clauses are rarely successful at the best of times. The courts are likely to be sympathetic to businesses closing to protect their staff and customers in the context of the coronavirus pandemic.

In this time of uncertainty, it is best for landlords and tenants to communicate openly and to work together collaboratively to resolve any issues that may arise. However, when complex issues do arise, professional advice should be sought.

While it is a matter for their own commercial judgment, it may be advisable for landlords to agree rent reductions where appropriate, to help their tenants to survive the crisis. Keeping existing leases going in a modified form may be far preferable to seeking new tenants in what may be a very difficult market. After all, none of us knows what sort of economy awaits us on the other side of the coronavirus crisis, or when the crisis will pass.