Lockdown Versus Economy: The Danger of a Rushed Reopening

With several states hurrying to resume business as usual, provoking renewed surges of COVID-19 infection, it is time to examine the damage wrought by the pandemic so far and how an unflattening curve could sink the US economy even further. 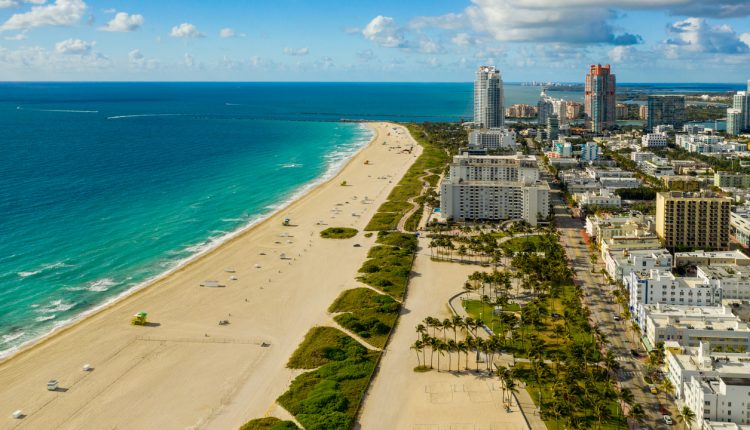 The International Monetary Fund’s June update to the World Economic Outlook paints a bleak picture for all nations in the short term. Examining the current economic trajectories of developed nations, the report estimates a contraction of 8% in the United States’ real GDP for 2020 – which, if true, would eclipse the 4.3% lost in the Great Recession of 2007-9. However, the full report specifies that the world’s GDP downturn “could be less severe than forecast if economic normalization proceeds faster than currently expected in areas that have reopened”, citing China’s revived service industry and investor enthusiasm as an example of an ideal rebound.

On paper, then, it would appear that the surest route to recovering the economy would be a fast yet vigilant return from lockdown, with businesses enabled to reopen once they have deployed adequate safety measures. This is the stated aim of the US government. The Congressional Budget Office have estimated that the COVID-19 crisis will cause upwards of $8 trillion worth of damage to the US economy, and a rough $6 trillion has already been issued to combat the economic and social ramifications of the pandemic. Given that the US’s national debt surpassed $23 trillion by the end of 2019, it is no surprise that the US’ political leadership intends to soften the blow by encouraging the swiftest economic recovery possible.

However, while China was reportedly able to gain control over the spread of COVID-19, the methods it used – which have included the restriction of free movement, militant policing of suburbs and the enforced wearing of masks even in citizens’ own homes – would be untenable in the United States, especially now that authority over lockdown measures has been largely delegated to the states rather than overseen directly by the federal government.

The Congressional Budget Office have estimated that the COVID-19 crisis will cause upwards of $8 trillion worth of damage to the US economy.

With well over a million active cases within the country and as-yet insufficient track-and-trace mechanisms in place to interrupt chains of infection, the efforts of individual states to return Americans to work are all but guaranteed to cost lives. The true variable is what kind of balance state leaders are willing to strike.

The rush to reopen is further complicated by the ease with which it can go wrong, causing a greater surge in infections than leaders predicted. The only real recourse in these cases is to reverse the reopening process, thus causing minimal increases in business activity and further prolonging the need for strict lockdown measures to remain in effect.

This is what we are currently witnessing in Texas, a state that was at the forefronts of efforts to reopen for business as soon as feasibly possible. Governor Greg Abbott’s “Open Texas” programme was an attempt to open non-essential businesses in measured “phases” while meeting the minimum recommended health protocols of the Texas Department of State Health Services.

Each of these phases saw an uptick in recorded cases, which then came to a head in June as confirmed COVID-19 cases doubled in the span of three weeks and a record 5,100 COVID-19 hospitalisations were reported statewide. Rather than risk the health of staff or customers, companies like Apple voluntarily reclosed their stores across the state, and Abbott issued an order for all bars in the state to shutter once again.

A similar situation has unfolded in Florida, where a record daily rise pushed Miami beaches (a cornerstone of the state’s $88 billion tourism industry) to reclose, and across a number of other states whose reopening efforts have been comparatively less forceful. The worst of all worlds – an extended business-stifling lockdown and a spike in COVID-19 cases – could be on the horizon.

Ultimately, the weighing of lives against renewed economic activity might itself be useless. Speaking with Reuters, UCLA professor Andy Atkeson has theorised that a unilateral end to lockdown would simply mean that “Americans will lock themselves down” for fear of the resultant waves of deaths, meaning no significant increase in consumer spending. Also to be accounted for would be the overall loss of productivity from the many employees whose personal lives would be impacted by the resurgence. Mass death is simply not good for the economy.

This is not to say that the US must forsake all economic activity until a coronavirus vaccine has been produced. For another way, we can look to the example of South Korea, whose aggressive track-and-trace programme stamped out the initial wave of COVID-19 and has continued to isolate and contain smaller outbreaks in the months since. South Korean restaurants, bars and clubs remain open, and – crucially – deaths from COVID-19 have been kept low (the count stands at 282 as of publication). As a result, South Korea’s GDP is expected to fall by a mere 0.2% this year.

Whether there is time for the US to adopt similar policies remains to be seen. Whatever the case, every advance towards normalcy must be made with greater care than we have seen thus far, or else the costs will quickly eclipse any benefits reaped.