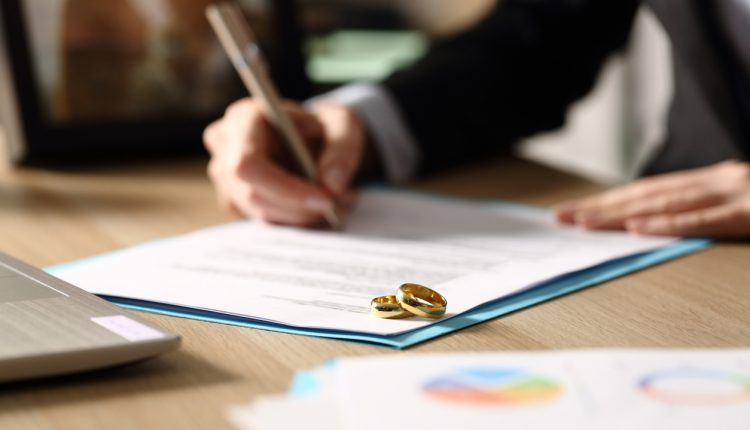 Finance Monthly hears from Richard Kershaw, partner at Hunters Law LLP, on how changes in markets can impact divorce settlements and whether there may be a chance to reopen them after they have been finalised.

Over the past twelve months, as COVID-19 has raged around the globe, the FTSE 100 index has seen significant volatility, hitting a high of 7156 and a low of 4993. With asset values in a state of flux, a divorce settlement reached shortly before the outbreak of the pandemic may now look significantly unbalanced if the assets retained by one party were heavily invested in a sector badly hit by the crisis. How does the family court deal with this?

The family court places a high value on the finality of divorce settlements to enable both parties to move on, and encourages taking a long-term view. It does, however, allow for the re-opening of settlements in very limited circumstances. There have been attempts to bring market volatility within that framework, with the latest effort, FRB v DCA (No 3) [2020] EWHC 3696 (Fam), relying on the financial consequences of COVID-19.

The couple were both from extremely wealthy families, and the divorce proceedings had been highly acrimonious, focusing on the wife’s concealment of the child’s paternity and the husband’s attempts to minimise his assets. A judgment of 28 February 2020 made an award of £64 million to the wife. At a hearing on 27 March 2020, four days after the UK’s first national lockdown started, the husband stated his preference to settle the award in cash rather than by transferring some of his investments, and volunteered to make the first payment by 30 September 2020.

Just before the first payment was due, the husband applied to re-open the settlement on the basis that his assets were held in countries, or underpinned by businesses, hard hit by the pandemic (his assets included interests in the international hotel sector, commercial property and care homes). His application failed for a number of reasons, including his failure to provide detailed evidence on the alleged decline in value of his interests – the court noted that his interests were diverse and some may have benefitted from the financial consequences of the pandemic. It was also significant that, after the pandemic had already hit, the husband had declined the option of satisfying the award in shares rather than cash, which would have shared the financial risk between the parties, and had instead volunteered the payment schedule.

The family court places a high value on the finality of divorce settlements to enable both parties to move on, and encourages taking a long-term view.

Crucially, the court said it is “essential” to take a “long term” view, as most commentators consider that the world economy will recover within the next couple of years to pre-COVID-19 levels. Therefore, orders will not be re-opened simply due to significant fluctuations in value; market fluctuations are to be expected and go both ways. This reflects the approach taken by the court in the wake of the 2008 financial crash. For example, in Myerson v Myerson (No 2) [2009] EWCA Civ 282, the court refused to reopen a divorce settlement even where the husband’s business interests had declined in value to such an extent that the settlement would give the wife more than 100% of the assets.

Following this judgment, anyone hoping to re-open their divorce settlement due to the financial impact of COVID-19 will need to think very carefully before making an application. Even substantial fluctuations in asset values are unlikely to persuade the court that the settlement should be re-opened. A claim where a general economic recovery would not assist in the particular case – for example where a business has gone bust due to the pandemic – might have a better chance of success, but the claim would still be speculative.

What, then, can be done? For those currently negotiating divorce settlements, careful consideration should be given to the level of risk attached to each asset when dividing the family’s resources. One party may be willing to take on more risk in return for a higher proportion of the overall assets, or the parties may prefer to share both the assets and the risk equally. However, a settlement that does not take risk into account has higher prospects of unfairness.

For those whose settlements have already been finalised, there may be areas of flexibility worth exploring to relieve immediate financial pressure. In respect of the capital settlement, if there are sums still to be paid then it is possible to apply to the court for (or, if possible, negotiate) a delay in payment to ease cashflow concerns. If the settlement required the sale of assets, or the extraction of cash from a business within a certain timeframe, but the current financial climate would make this a poor time for the transaction, then an application to defer it may assist. The court will need to be satisfied that there is a genuine financial need for the delay rather than simply a preference for it.

What Are Demo Accounts? Do They Instil Overconfidence In Traders? Real-Time Updates Can Be An Investment Game Changer: How To Use News To Trade Better

Ongoing maintenance for a former spouse or for children is always subject to variation, both up or down, and if the pandemic has significantly decreased the payer’s ability to meet the agreed payments then a prompt application to vary should be made. If the reduction is likely to be temporary the recipient may be open to agreeing a short-term decrease in payments, especially as many people have found their spending levels reduced during lockdown. As ever, any application will need to be supported by detailed evidence.

Managing divorce settlements can be challenging at the best of times, and economic turmoil adds to the challenges. Whilst the court is unlikely to reopen past settlements, in many cases options do exist for mitigating the impact of the crisis.

Mistakes To Avoid When Selling Your Home For Cash