Private equity firm Bridgepoint is set to launch an IPO on the London Stock Exchange, helping to show that the UK capital is winning some significant listings in the midst of the global initial public offering boom. 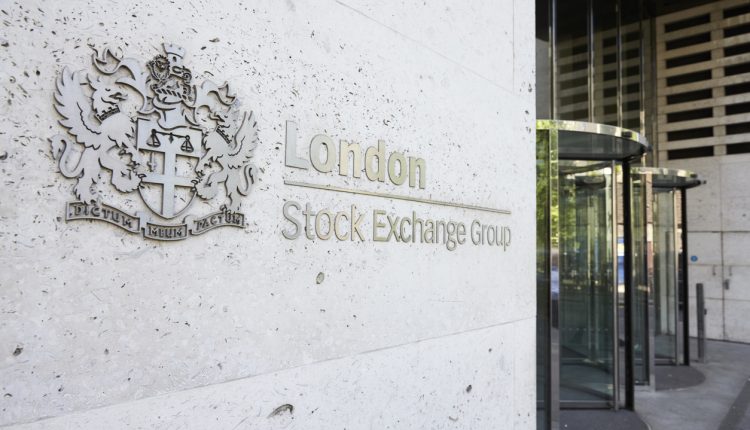 The buyout group, which holds around £23.5 billion of assets under management across equity and debt funds, is set to offer out around 25% of its shares with a further 15% expected to become available through an over-allotment option.

The company is seeking to sell approximately £300m worth of new shares, whilst also selling some shares from existing shareholders – paving the way to a valuation of £2 billion. The flotation signifies a rare arrival in the public markets for a private equity firm and will position Bridgepoint alongside fellow London-listed organisation, 3i Group.

Bridgepoint’s flotation comes amidst a flurry of private equity deals as buyout groups swoop to acquire companies that have fallen on hard times during the Covid-19 pandemic. However, in choosing to remain in London for the listing, Bridgepoint has placed itself as the latest significant arrival helping to bolster the capital’s financial reputation.

Building On A Record-Breaking Q1

Despite the challenges posed by both the Covid-19 pandemic and Brexit, the London Stock Exchange recorded its best start to the year for welcoming IPOs since 2007, despite not all flotations performing as well as initially expected, like in the case of Deliveroo.

Buoyed by prestigious listings from the takeaway food firm, consumer review platform Trustpilot, web security firm Darktrace, and many more smaller firms on the Alternative Investment Market (AIM) made the beginning of 2021 a boom period for London.

Financial services firm EY has found that 12 IPOs raised £5.2 billion on the LSE in Q1 of 2021, while another eight claimed £441 million on Aim – paving the way for the most lucrative opening quarter in 14 years.

Although Deliveroo’s much anticipated listing ended in disappointment due largely to shady perceptions on employee rights and an excessive valuation, London appears to have sidestepped Brexit uncertainty to retain its position as the place in Europe for private companies to go public.

“The UK has had the strongest opening quarter for IPOs for 14 years, with the markets successfully weathering the effects of Brexit and bouncing back from the stall in activity caused by the onset of the pandemic a year ago,” explained According to Scott McCubbin, partner at EY. “With an effective vaccine rollout under way, momentum and confidence in the UK IPO market should continue to build, but future growth may vary depending on the sector.”

In 2021, against the backdrop of the Covid-19 pandemic and Brexit, the London Stock Exchange ramped up its efforts to welcome companies looking to list domestically. In March, the UK Listing Review published its recommendations for reform of the Listing Rules of the LSE. The reforms were created as a means of boosting the attractiveness of the UK as a place to go public – particularly for new economy companies – whilst maintaining an appropriate level of investor protection.

The proposals within this recommendation included the relaxing of rules in relation to SPAC activity, remarketing the LSE’s standard listing segment, allowing companies with a dual class share structure to list on the premium segment of the stock exchange and reducing the free float requirements and allowing companies to use other measures to demonstrate liquidity.

These significant alterations come as the global IPO market is accelerating at a rapid pace, with record-breaking numbers for 2021 being returned for companies.

Astoundingly, global IPO proceeds in 2021 have already surpassed 21 of the past 26 years in total. At a total of nearly $250 billion raised so far, there’s little doubt as to why London is pushing so hard to accommodate new customs.

This surge in new arrivals on the public market has been driven largely by strong performances among tech startups during the pandemic and a brand new wider investor base created through the stimulus packages governments offered during lockdowns.

“The pandemic supplied additional reasons for the retail investment market to grow. To support the economy, most countries adopted stimulating policies, which brought both the loan and deposit interest rates to historic lows,” explained Maxim Manturov, Head of Investment Research at Freedom Finance Europe. “As an alternative to low-rate deposits, many started investing their savings into stock markets, which posted significant gains last year despite the lockdown and the production slump.”

The Bid To Attract An Apple

The efforts of London to alter its listing requirements comes as the city looks to fill the gulf in tech giants on the FTSE 100 compared to its US counterparts. The UK doesn’t play host to stock market leaders like Microsoft, Facebook, Apple and Google, and subsequently misses out on stock market gains driven by these key players.

The absence of key organisations is another reason why the US is currently the world’s cheapest major stock market. Although the FTSE 100 index contains some big stocks based on old-economy fixtures like fossil fuels companies and financial institutions, the market is still around 10% below its pre-pandemic peak from last year – despite concerns surrounding both Brexit and Covid-19 clearing somewhat in 2021.

In comparison, the S&P 500 is up 22% from its pre-Covid-19 peak from last year, while the more technology oriented Nasdaq has rocketed by over 40%. Despite its sluggish performance, the arrivals of Bridgepoint’s IPO and other successes in the form of Darktrace have shown that the city is turning a corner in ramping up its appeal to companies both domestically and overseas. If the favourable listing conditions can continue, there’s no reason why London can’t outperform its pre-pandemic peak over the course of the year.

Beyond the Numbers: The Future of the Auditor