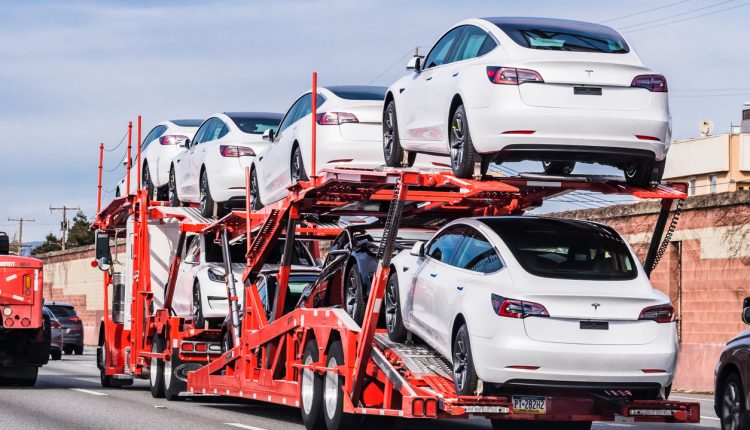 Shares were up by as much as 6% in after-hours trading following the news.

Automotive revenue hit $16.86 billion, up 87% from the same period last year. Meanwhile, automotive gross margins soared to a record 32.9%, with the EV company reporting a  gross profit of $5.54 billion. Regulatory credits made up $679 million of Q1 automotive revenue.

Tesla said revenue growth was pushed forward partly by an increase in the number of vehicle deliveries, as well as an increase in average sales prices.

Earlier in April, Tesla reported making 310,048 vehicle deliveries worldwide for the first quarter. Its Model 3 and Model Y vehicles made up 95% of deliveries in the period ending March 31, 2022.

Despite ongoing disruption from the Covid-19 pandemic as well as the conflict in Ukraine, Tesla CEO Elon Musk remains confident that the company can grow at least 50% over figures from the previous year.

“It seems likely that we’ll be able to produce one and a half million cars this year,” Musk said.