What Impact Is The Conflict Between Russia And Ukraine Likely To Have On The Price Of Commodities?

Hemant Bansal, Commodity Solution Lead at The Smart Cube, takes a look at how the Russia-Ukraine war is likely to impact the price of commodities in the months ahead. 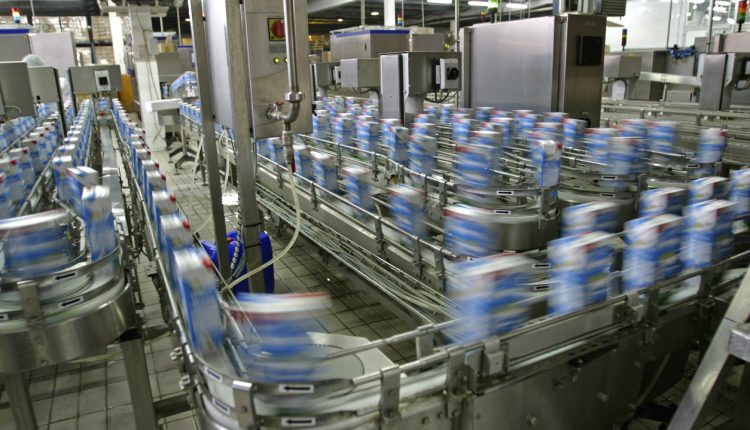 On behalf of the team at The Smart Cube as a whole, our hearts go out to everyone affected by this ongoing conflict. Our thoughts are with the Ukrainian people.

On 24th February 2022, Russia launched a full-scale military operation in Ukraine. This followed months of hostile activity from the world’s largest country, which escalated on 21st February when Russia proclaimed the Donetsk and Luhansk oblasts of Ukraine, two regions in eastern Ukraine, to be independent and ordered troops to enter both.

In response to the invasion, nations from across the globe have imposed a range of sanctions on Russia. Britain, Japan and the US have sanctioned billionaires and major financial institutions with close links to Russia, while Germany has frozen the Nord Stream 2 gas pipeline project, which had been set to ease the energy price crisis.

With the end of the conflict not yet in sight, as countries around the world impose sanctions on Russia and peace talks continue with limited signs of progress, it appears that the crisis will have a major impact on commodity prices.

Prices of commodities set to rise in the short term

So far, the conflict has resulted in large-scale panic buying of key commodities coming from Russia and Ukraine, which has caused a sharp upward rally in commodity prices. An example of this can be seen when looking at nickel prices. As Russia accounts for 49% of world nickel exports, the Russia-Ukraine crisis has led to a shortage of the base metal, causing its price to spike. Further to this, the conflict has prompted short covering by businesses, including the Chinese group Tsingshan – the world’s largest nickel and stainless-steel producer. Short covering is the process of purchasing borrowed securities to close out an open short position at a profit or loss, while it also involves the purchase of the same security that was initially sold by the holder of the position. As such, this action has further contributed to driving the price of nickel up, with the London Metal Exchange forced to halt trading in nickel on Tuesday 8th March after prices surged 110% to top $100,000 per tonne.

Prior to taking a closer look at the expected price increases of commodities, it is worth mentioning that the following estimates have been calculated using a combination of a statistical price forecast model, in tandem with leveraging monthly and daily price data over the last 20 years. This has allowed for sensitivity analysis to take place, whereby the dynamic impact of similar conflicts and resulting sanctions on commodity prices can be evaluated – like the 2014 Russia-Ukraine conflict.

The expectation is that the continued military conflict in Ukraine is set to see the prices of a range of commodities increase sharply in the short term. For example, the prices of crude oil, palladium, platinum, and aluminium are in line to go up, due to Russia being a major producer and exporter of these raw materials. Looking at this in more granular detail, the price movement (between March 2022 and May 2022) of crude oil is anticipated to be between 10 to 12%, as Russia is the second-largest producer in the world, meaning there is the possibility of disruption to crude oil supplies. Adding to this, metal prices are also expected to surge, due to Russia playing a major role in the global mining of palladium (45% of global production), platinum (15%) and aluminium (6%). As a result of the continuing conflict, it is expected that the prices of these precious and base metals will increase by between 10 and 18%.

Further to this, the price of natural gas is anticipated to rise, as Ukraine is an important transit route for Russian natural gas flows from Europe. With Russia accounting for roughly 40% of the European natural gas supply, serious disruption to the supply of the energy product is a distinct possibility. This could see the price movement of natural gas increase from anywhere between 18 and 28%. Additionally, agricultural products are also expected to experience a spike in their prices, due to Ukraine being the “breadbasket of Europe”. In fact, Russia and Ukraine are major global exporters of both corn and wheat, accounting for an estimated 30% of global wheat exports. As such, the price of corn is expected to increase by 10 to 18%, while wheat is set to rise by 12 to 20%.

However, if Russia decides to bring its invasion to an end, or if Western countries introduce active initiatives in an attempt to stabilise energy prices, then the expectation is that commodity prices will fall significantly, returning to pre-conflict levels. For example, the prices of crude oil and natural gas have started falling on the back of the US announcing a record release of one million b/d from the US Strategic Petroleum Reserve over the next six months, in addition to The International Energy Agency (IEA) agreeing to release up to 60 million barrels from their respective strategic reserves. In the event of the conflict de-escalating, crude oil is expected to fall by a further 10 to 15%, while nickel is in line for a drop of between 13 and 17%. Nevertheless, at this moment in time, this scenario unfolding is difficult to predict with any certainty.

What can organisations do to ensure business continuity?

Firstly, it is imperative for companies to actively evaluate alternative suppliers to ensure business continuity. Businesses should be prepared to switch to or identify alternative sources for procuring essential products and services in the event of disruption due to a crisis. An example of this can be seen with the uncertainties Russian suppliers and bankers are having at present, which has resulted in Tata Steel seeking alternative markets for coal imports, choosing to look beyond Russia and instead purchase coal from other regions, such as North America. By having a range of different sources and suppliers, companies ensure that they are prepared in the event that the situation in Ukraine drags out, as they can easily purchase commodities through alternative avenues.

As well as this, businesses must continuously monitor the situation, in terms of the conflict itself, as well as the restrictions and sanctions being imposed. This allows organisations to stay up to date on the impact the crisis is having on the supply chain in light of the events taking place and plan for multiple possible eventualities. For example, companies can react quickly and raise the prices of their products if the price of the commodity they require for manufacturing has escalated significantly. Businesses can also brace for cost increases by allocating provisions in anticipation of this possibility, while they should also eliminate or freeze all non-essential spending.

Furthermore, there are a number of other actions organisations can take to prevent supply chain disruptions during such geopolitical events as the ongoing Russia-Ukraine conflict. Companies should liaise with suppliers to identify alternative payments methods, while they should also address immediate financial and cybersecurity concerns. This includes reviewing financial hedge positions in light of the volatile Russian and Ukrainian currencies, in addition to identifying and minimising vulnerabilities in cybersecurity.

To ensure continuity, it is vital for businesses to constantly monitor the situation as it continues to evolve and develop, while they must also actively evaluate alternative providers and distributors. By doing this, organisations will be able to limit the potential damage caused by supply chain disruptions during geopolitical conflicts, such as the one ongoing between Russia and Ukraine.