The Importance Of Financial Inclusion For Emerging Markets

Discussions of the pandemic are starting to feel increasingly passé – but this sense that the worst is behind us, or that the issue is no longer worth discussing, doesn’t account for the ongoing global impacts of the pandemic, particularly on emerging markets (“EMs”). Or, to put it another way, when Western commentators say that “the worst is behind us,” they place a real emphasis on “us”. 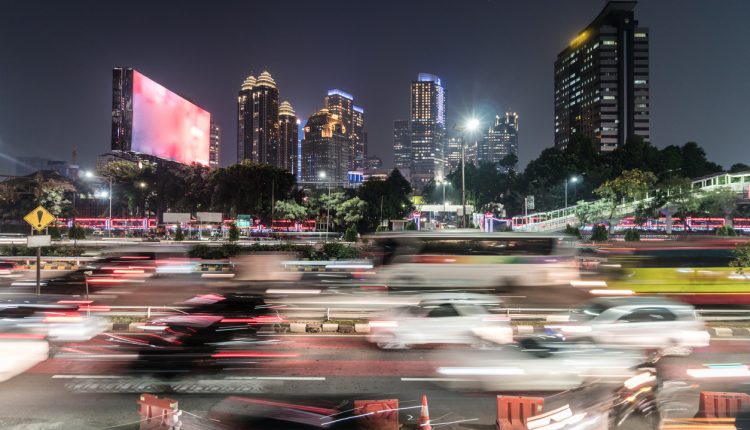 Just a glance at a recent report from the World Bank is enough to clarify that, in terms of pandemic recovery, “advanced economies and emerging market and developing economies are on two different flight paths,” with advanced economies on track to return to pre-pandemic trends by next year while EMs find themselves “flying low” and vulnerable to further “headwinds”.

This huge economic disparity lends an extra degree of urgency to discussions surrounding economic inclusion, a process which – according to groups like the UN’s Sustainable Development Goals organisation – can help to create jobs, stimulate business activity, and improve growth for individuals, companies, and countries across the emerging world. However, while such discussions are important and necessary, we need to be careful about how we frame the subject of EM financial inclusion.

After all, though it does absolutely help to accelerate growth, EMs are not just helpless victims, and attempts to improve economic inclusion aren’t moral crusades or exercises in charity – if nothing else, there’s a robust business case for improving access to the credit and cross-border payments services that young, tech-savvy EM populations need to continue thriving without punitive restrictions.

What is economic inclusion?

In brief, economic or financial inclusion refers to ensuring that people and organisations have access to the financial services (or products) that meet their needs. These, according to the World Bank, can include “transactions, payments, savings, credit and insurance” – though I would place transaction accounts at the top of that list.

It might be tempting, on encountering economic inclusion, to assume that it’s an idea to be directed at unbanked people – that is, people who have no bank accounts whatsoever and who deal entirely in cash. And, to be clear, there are still a lot of unbanked people in the world today – to the tune of 1.7 billion, in fact, according to the latest Global Findex Report.

Equally, though, economic inclusion is about widening access to financial services – a slightly more pervasive issue that can wear different masks.

Let’s say, for example, that a person from an EM like Kenya wants to set up a business – they’re digitally literate; they understand the services and platform they need, and they’re completely capable of procuring those services.

That person may well encounter a problem, however: not because they’re technically unable to access a digital platform, but because the international nature of the platform means any subscriptions made by the Kenyan business owner will be subject to the often punitive, regulation-borne fees involved in cross-border payments to and from EMs.

This isn’t the same as being unbanked – the person in this scenario may well have a personal transaction account, for example – but the practical result is the same: an EM country is denied an economy-boosting new business, and an individual can’t pursue their livelihood without a huge amount of hassle.

The many motives for strong inclusion

For me, there is a clear moral dimension to ensuring that financial inclusion is as widespread as possible. Digital financial inclusion, especially, is capable of lifting people out of poverty and, as I’ve mentioned, improving the economic prospects of EM countries more broadly.

That doesn’t mean Western financial institutions should spend too much time patting themselves on the backs for any moves towards inclusion – after all, Western regulatory pressures play a huge role in the underbanked status of EM countries. Besides, it would be disingenuous to frame financial inclusion as some charitable act to be preached about when, in fact, there’s a robust business case to be made in its favour.

Commentators like McKinsey have noted that this market consists of around two billion people (and 200 million small businesses) who are currently underbanked and the benefit is clear for service providers prepared to embrace potentially lucrative new revenue streams in a secure compliance-driven environment– for example by inserting themselves into the innumerable micropayments that come hand-in-hand with the frictionless ease of digital transactions.

The motives and outcomes for financial inclusion are, to some extent, in the eye of the beholder. For EM countries facing post-pandemic economic deceleration, though, the former is perhaps less significant than the latter.

Whether such efforts are viewed in terms of a mechanism for reducing poverty; stimulating economic growth; correcting Western regulatory bias; or as a canny business move, the result is that once we focus on establishing financial innocence rather than looking for financial guilt we get to a point that individuals and the market generally will only benefit both emerging and more established markets, with the myriad opportunities that will result.

About the author: Richard Shearer is the CEO of Tintra.