Dr Vanessa Neumann, recently appointed as Independent Non-Executive Director for fast-growing Regulatory Technology company, Tintra PLC, discusses the challenge of bias and prejudice within the Western Financial System and why she thinks advanced technology and AI is key to overcoming red tape. 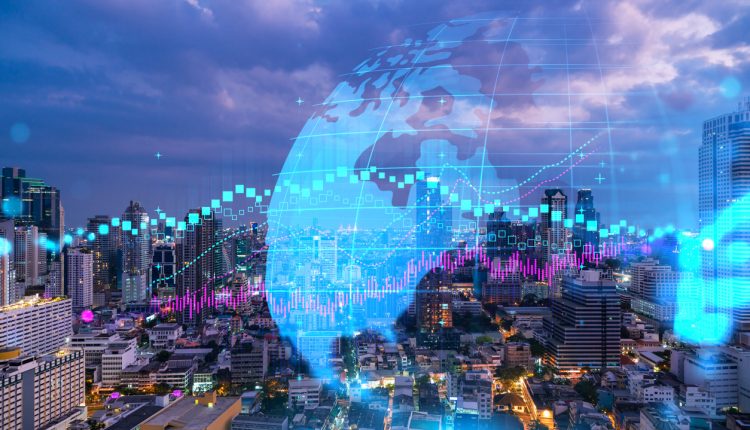 Dr Neumann, you have served as an Ambassador to the UK and campaigned for the restoration of democracy and free markets in your homeland. Many people will be surprised to learn that the West’s financial system has an implicit bias towards companies and individuals from emerging markets.

Please can you explain how this bias manifested itself?

I think what people need to understand is that emerging markets are generally punished in several ways by compliance systems that are inherently biased. The goal of AML is to increase the systems of checks and balances to spot the illicit financial flows, but also to allow development. So far, poorly applied or biased AML compliance systems are imposed on countries that either don’t have the training or have the capacity to conduct that monitoring, but do their own compliance in a manner that is culturally relevant to them, with their own understanding of local market players and relevant documentation.

It also disadvantages licit financial flows, for business and trade finance, that fund economic development and economic inclusion, which are SDGs of the UN and are also in the stated goals of the World Bank and the IMF. Yet if the country systems don’t have the capacity or protocols to meet these particularly Western protocols and the country gets ‘grey listed’ by the FATF regional body, the country gets punished in several ways. First, good financial flows are disadvantaged, by being delayed or outright blocked. Second, if you are grey-listed by the FATF, the cost of servicing your sovereign debt goes way up and, considering that emerging markets already have higher debt burdens and higher interest rates, it’s a real double burden.

You were recently appointed to the board of Tintra PLC. Why did you decide to join the company and how do you see your role developing?

I decided to join the Tintra Board because I’m excited about its mission. I think it applies innovative technologies that remove bias, improve economic inclusion and economic development which are all values that I have clearly stated and fought for during my career. This is a bank that is building its systems from the ground up, rather than trying to impose new technology on a legacy system, with which there is friction. Tintra’s approach is completely innovative. Its frictionless technology will increase the opportunity for entrepreneurs and economic development: both are things I care about.

How do I see my role developing? Hopefully, my credentials in financial integrity and my relationships with multinational organisations like the OECD, FATF, OAS, UNODC will be helpful to bring forth a productive dialogue between Tintra and those organisations. I hope also to bridge nuanced and effective relationships between Tintra and the Western Hemisphere, particularly Latin America.

What are the regional differences and challenges that Tintra faces in the markets it operates in and how does it seek to overcome them?

It seeks to overcome them by having, on the one hand, regional knowledge, and nuance of how those countries work, together with genuine insight on what “good” or proper documentation and identity identification look like, and what are normal and acceptable behavioural patterns of these people doing these transactions. And then, on the other hand, you are also building the technology that will access that knowledge and analyse those factors in a way that is unbiased. I think that’s a very worthy challenge.

Do you believe that advanced technology and Is AI the key to overcoming compliance red tape?

Yes, I think so. I think it will be fantastic. As I said several times, the current Western-style system of anti-money laundering causes more than 90% of false positives, flagging people that are not doing anything wrong. It’s very burdensome; it’s very expensive, and yet you still have financing of terrorism and transnational organised crime, while more good and honest businesses and individuals are unjustly punished. This is not only unjust but counterproductive. What we want is to capture more of the illicit financial flows, while enabling (and indeed facilitating and expediting) good financial flows, linked to trade, finance, and development.

AI properly built and applied is key to that. I think that Tintra’s approach is good because they are starting with that, rather than trying to backwards induce an AI system on an older legacy system. This is something I think most banks are finding very challenging. The way Tintra is building its framework ensures that its systems will not only be more efficient now but continue to innovate well into the future. Tintra will be the world’s first bank purpose-built for Web 3.0.

What does International Women’s Day mean to you?

On International Women’s Day 2022 (March 8th), my work with Tintra is particularly satisfying. First, as a woman, who is also Latin American, it’s both a great honour and responsibility to bring those twin identities and voices to the board of directors of a financial institution at the forefront of both banking and technology. Second, women are always the ones who struggle the most when there is a downturn, and the pandemic put that into stark relief. As entrepreneurs, particularly in emerging markets, women are severely disadvantaged in their access to capital and financial services. Tintra’s unbiased and always on AI-driven compliance system should level the playing field for female entrepreneurs everywhere – and that is something I will be proud to support.