US remains GDP Heavyweights: Will this resilience remain in 2023?

Boasting a Gross Domestic Product (GDP) of $22.3 trillion, the US is far and away the world’s biggest economy. 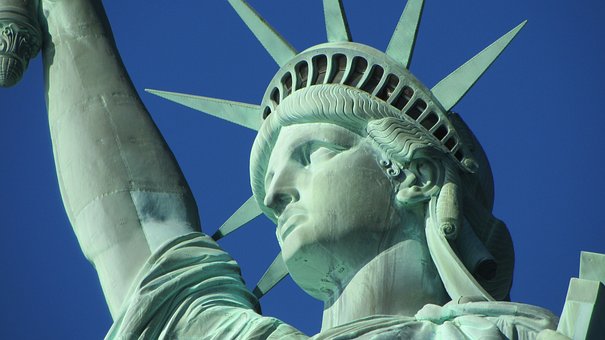 It has held this position since the 1890s, buoyed by technological, financial, and manufacturing technologies. In recent years, China has modernized and transformed into the fastest-growing economy. Today, the Chinese economy is second only to the US in size. The top two economies control 41.89% of global GDP.

GDP in the US has grown steadily since the financial crisis of 2009. It quickly rallied from the pandemic recession because of the vast and lasting government response. 2021 brought growth and prosperity. The country was hit by hard-hitting inflation, the highest since the 1980s.

The Conference Board of Forecasts expects economic difficulties in the US to expand in the wake of persistent inflation and the Federal Reserve’s aggressive fightback. The bank increased interest rates several times during 2022 by an accumulated 4.25%. The Board’s expectation for 2023 is a recession and a zero increase in GDP for the year. The forecast is for a short relatively mild recession with a rebound toward the end of the year.

When Will Inflation Drop?

Interest rate increases have affected the housing market, as mortgage repayments escalate. The rampant dollar will negatively affect US corporate profit margins. The inflation rate is likely to soften from the 2022 projection of 7.7% to a much lower 3.4%. Lower housing prices, high inventories, and decreasing demand will all help to moderate inflation.

Slowing inflation will allow the Federal Reserve to curb interest rate increases. The bank has signaled its intention to continue raising interest, at least in the first quarter of 2023. Thereafter, it is likely to hold interest rates and start to reduce rates in 2024.

US Economic Outcomes 2023 and Beyond

Employment growth in the US in 2022 has been nothing short of remarkable. November’s unemployment rate was 3.7%, so organizations battle to find the skills they need. Large layoffs in 2023 are unlikely because companies will want to retain the skills. Still, Morgan Stanley predicts that 2023 will end with a slightly higher unemployment rate of 4.3%.

The ageing population could present the US with one of the biggest financial headaches of the future. In an economy already at full employment, a declining workforce will lower productivity, and cause increased wages and inflation. Future government policies must center around expanding the tax base and building healthcare infrastructure for elderly care.

The outlook for 2023 is far from certain. The war in Ukraine, ongoing gas shortages, supply chain shocks, and the increased cost of energy will continue to weigh on prices and growth.

China’s recent pivot on its zero Covid-19 policy should increase global trade as the borders open and trade increases. The Chinese people are not as well-inoculated as the western world. An exposed population may succumb to severe illness. This could force a return to economic lockdown in China with knock-on effects on the global economy.

What about the long-term future? Will the US retain its current position as the world’s biggest economy? Global consultants PricewaterhouseCoopers, in their 2017 report called “The Globe in 2050” predict that India and China would overtake the US as the world’s largest economies. The report forecasts a world economy that doubles between 2016 and 2042. Emerging markets like Brazil, China, India, and Indonesia will drive this growth.