Tesla Overtakes GM as Most Valuable Car Marker in the US

Silicon Valley’s Tesla overtook GM as the most valuable carmaker in the United States last week said Toronto Sumitomo Trading International. Modern technology is working its way into our lives and infiltrating every aspect of our daily routines, automobile industry is no exception, the increased reliance on software and renewable energy paved the way for […] 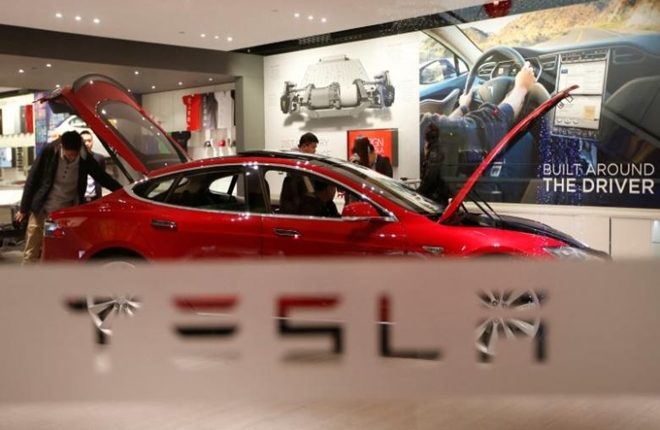 Modern technology is working its way into our lives and infiltrating every aspect of our daily routines, automobile industry is no exception, the increased reliance on software and renewable energy paved the way for Tesla to climb to the top of the industry and claim the title, the biggest carmaker in the United States by market capitalization.

“The company now is valued at 50.887 billion dollars beating GM by one million dollars, something will lead to an interesting discussion when the two Chief Executive Officers meet at the white house with president Trump to discuss the tax reforms and infra structure” said Daniel Holland, Director of Corporate Equities at Toronto Sumitomo Trading International.

Tesla’s stock price has increased by 35% over the last month aided by investors’ trust in Elon Musk’s plans to revolutionize both the energy and the automobile industries. Meanwhile, General Motors’ stock price has been declining in the past few years.

“Tesla’s valuation as a car company is unrealistic, but if we look at it as a battery company which can expand and innovate, the valuation might work” said Michael Hudson, Head of Mergers and Acquisitions at Toronto Sumitomo Trading International.

Many skeptics believe that Tesla is overvalued and its highly inflated stock price has made it a target for short sellers who bagged a valuation loss of 2 billion dollars so far in their portfolios.