Trump’s Withdrawal from Paris Accord Leaves Businesses in Limbo

The White House is on fire. Every day – almost every few hours – new scandals are breaking. From investigations about Russian collusion to alleged obstruction of justice, the blaze is white hot. But when it comes to the world of businesses and law, it’s not the alleged criminal law bombshells that are causing the […] 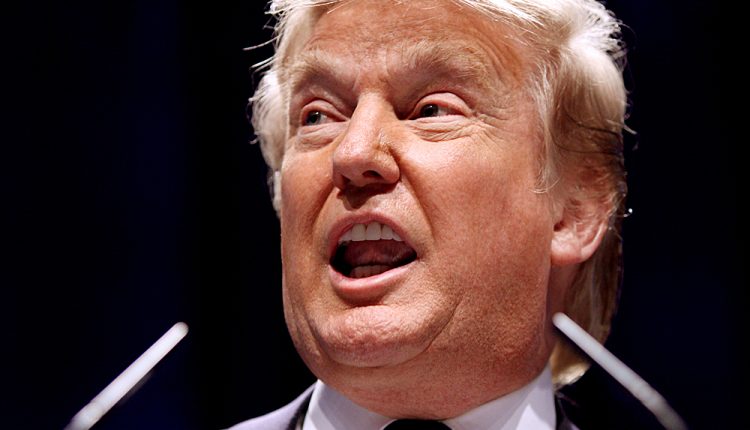 The White House is on fire. Every day – almost every few hours – new scandals are breaking. From investigations about Russian collusion to alleged obstruction of justice, the blaze is white hot. But when it comes to the world of businesses and law, it’s not the alleged criminal law bombshells that are causing the most panic. James Goodnow, talks to Finance Monthly.

On June 1st, US President Donald Trump formally announced what everyone knew was coming: the US is out of the Paris Climate Accord. The announcement and its build up set off another explosion the likes of which Trump and his Twitter account aren’t as accustomed to fighting: a neck-snapping backlash from the business community and the lawyers who represent them.

Trump Thumbs His Nose at Business

“Global warming is an expensive hoax!” Donald Trump famously — or infamously — tweeted in January 2014. With that shot across the bow at the global scientific community, Trump started his war against climate change. His claim served as a rallying cry for his base supporters — many of whom believed that rejecting limits on carbon emissions would lead to a resurgence of US jobs in the coal industry. And the strategy was largely successful, catapulting Trump into the White House.

Despite Trump’s bluster, the business community largely took a wait-and-see approach following Trump’s election. The reason: Trump engaged in plenty of campaign hyperbole that was ultimately dialed back once he assumed office. Obamacare “repeal and replace” is stalled, construction has not started on Trump’s border wall with Mexico, and his travel ban has been blocked by the courts. Perhaps the withdrawal from the Paris Accord would end with the same fate: a promise that would be delayed or not fulfilled.

The business world miscalculated. What business leaders monitoring the situation failed to account for is the fact Trump was backed into a corner. He needed a win with his base. And withdrawal from the Paris Accord is one of the only “successes” he could accomplish unilaterally.

The response from the business and legal community has been swift. On June 1, 25 major US companies, including juggernauts Apple, Facebook, Google and PG&E signed an open letter to the president that appeared in the New York Times and Wall Street Journal. The letter makes the business case for the Paris Accord: “Climate change presents both business risks and business opportunities.”

The day before the announcement, Tesla and SpaceX CEO Elon Musk gave Trump an informal ultimatum on Twitter, saying he will have “no choice but to depart” from Trump advisory councils if Trump pulled the plug on the Paris Accord. Musk’s comments are not isolated. Since the election, over 1000 businesses signed the Business Backs Low-Carbon USA statement.

The chorus of voices coming from the business community is united by a common theme: US withdrawal from the Paris Accord is not only ethically questionable, but leads to dangerous instability for business. Every day, business leaders make difficult decisions about where to allocate resources. A stable and uniform framework allows businesses to confidently invest in technology that will last into the future. According to the Business Backs Low-Carbon USA statement: “Investment in the low carbon economy … give[s] financial decision-makers clarity and boost[s] the confidence of investors worldwide.”

Trump’s decision has also put lawyers into hyper-drive. Within Washington, there is widespread disagreement about the legal implications of Trump’s move. Last week, a group of 22 US lawmakers, including Senate majority leader Mitch McConnell, warned Trump in a letter that his failure to withdraw from the Paris Accord could open the litigation floodgates: “Because of existing provisions within the Clean Air Act and others embedded in the Paris Agreement, remaining in it would subject the United States to significant litigation risk.” But it’s far from clear that US withdrawal from the Paris Accord will immunize the White House from the courts – with groups that favor the agreement already having vowed to sue.

In-house lawyers are no doubt sweating, as well. Lawyers at large corporations with operations in the United States are tasked with providing recommendations to business leadership on what they can and can’t do from a regulatory perspective. With Trump pulling the US out the Paris Accord, lawyers now have to look to domestic regulations — a scheme that itself could be turned upside down — and try to reconcile those with international protocols. All of this uncertainty may translate into lawyers feeling like they are walking on quicksand.

Trump prides himself on operating on instinct. Prior to making his decision to pull out from the Paris Accord, he no doubt felt the rumblings of this business backlash coming. Why, then, did he move forward? Part of the answer may lie in his examining his base. Recent polls show that, for the first time, Trump’s support among his core supporters is starting to erode. And that may spell danger for Trump, who relied on a mobilized and rock-solid base to ride into the White House. Trump thus decided that his need for a political victory and appeasing his base was worth the kickback from the business community.

But Trump may be missing something here. According to many reports, moderate conservatives and centrists who voted for Trump did so in part because they believed his rhetoric was nothing more than puffing that wouldn’t ultimately be acted on. They were willing to throw their support behind him believing that he would revert to more traditional GOP, pro-business values.

But Trump’s withdrawal from the Paris Accord demonstrates that Trump isn’t all talk. When his back is against the wall, he is willing to act – even if it means acting against the interests of non-base voters who helped elect him. That realization may alienate the critical segment of the business electorate he needs to win again in 2020. More immediately, it may spell trouble for Republican members of Congress in 2018.

The White House is on fire. But it may not be heat from the blaze that stops Trump politically – but rather a cooling to Trump and his policies from moderate Republicans and the business world.

James Goodnow is an attorney and legal and political commentator based in the United States. He is a graduate of Harvard Law School and Santa Clara University. You can follow him on Twitter at @JamesGoodnow or email him directly at james@jamesgoodnow.com.