On Friday, shares in travel and aviation companies, including IAG, EasyJet, and aero-engine maker Rolls-Royce, fell amid fears that a new coronavirus variant could lead to a fresh wave of pandemic restrictions around the globe. 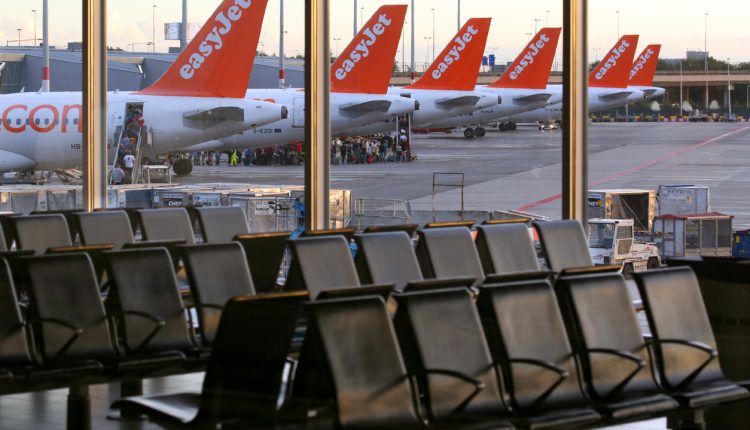 The new variant was first identified on Tuesday. It is feared that the variant could be more transmissible and may have greater resistance to current coronavirus vaccines. This prompted the UK government to put six southern African countries back on England’s travel red list on Thursday night.

Flights from South Africa, Namibia, Zimbabwe, Botswana, Lesotho, and Eswatini will be suspended from midday on Friday, with officials reviewing several travel measures.

The news has led to a sharp sell-off of travel stocks. IAG fell by as much as 14% in early trading, while Rolls-Royce was down 12%.

“Fear has gripped the financial markets with the travel industry flying into another violent storm, after the discovery of a new COVID strain which could be far more contagious and may render vaccines less effective,” said Susannah Streeter, a senior investment and markets analyst at Hargreaves Lansdown.

Meanwhile, Peter Chatwell, head of multi-asset strategy at Mizuho International said, “The European lockdowns on their own would have meant soft Q4 GDP growth, but a Q1 rebound. US, UK, Asia all looked unaffected by Europe’s problem. If the new variant does deliver its potential (usurping Delta, and reducing vaccine efficacy) we need to think about a globally soft/flat Q4 and Q1 GDP growth. Vaccine efficacy will determine the severity of lockdowns, and therefore whether this becomes another recession.”

So, You Want To Finance A Road Trip? Here’s How