10 Years on Since the Financial Crisis, Have Banks Earned Our Trust Back?

In 2008 the global financial crisis hit business worldwide and recovery has been slow ever since. At the centre of this recovery banks have played a vital role, but attitudes have shifted over the years. Here Marina Cheal, CMO at Reevoo, answers the question: have banks earned our trust back? When is a bank not […] 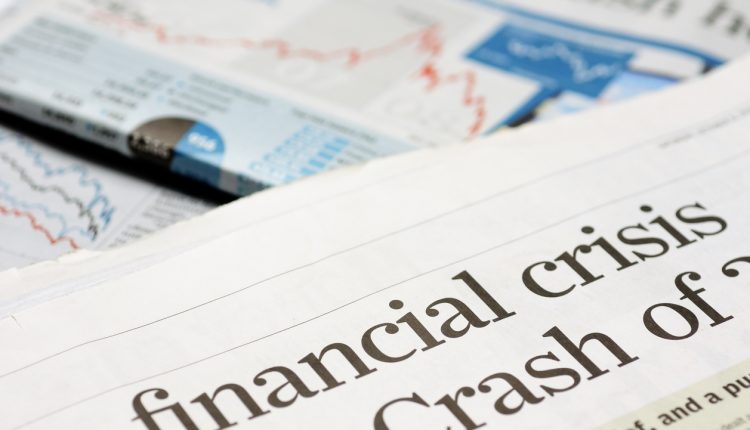 In 2008 the global financial crisis hit business worldwide and recovery has been slow ever since. At the centre of this recovery banks have played a vital role, but attitudes have shifted over the years. Here Marina Cheal, CMO at Reevoo, answers the question: have banks earned our trust back?

When is a bank not a bank?

In 2008 the major financial institutions managed to comprehensively dismantle consumer trust. Since then, they’ve tried almost everything to win that trust back – but the main change is what’s happening around the big banks, not within them.

The Big Six survived the 2008 crash (some by the skin of their teeth) but nearly ten years on they’ve still to rebuild consumer trust. Their customers remain – mostly out of necessity or inertia. But changing attitudes, expectations and regulations mean a raft of challenger banks are ready to snap them up.

And those big banks have no one to blame but themselves.

Pre-2008, banking customers were supposed to look out for stability, tradition, heritage above everything, even customer service. Customers would put up with inconvenient branch opening hours and computer-says-no failed mortgage applications because at the time, legacy was a good thing.

Today’s banking customer has done a complete U-turn – influenced not just by the failings of the big financial institutions, but innovation in almost every other industry. Compared to how easy it is to set up a Gmail or Uber account, banking is in the dark ages. Challenger banks’ USP is helpfulness not heritage, speed not solidity – and it’s blowing a wind of change through the industry.

This has led to the birth of a clutch of new smartphone-only banks that are focused on making banking a more user-friendly experience. Understanding that banking isn’t just about holding onto and shelling out the customer’s cash when required, these ‘neo-banks’ put money management back into customers’ lifestyles. What, if anything, is the bedrock of people’s modern lives more than money?

So instead of lining up deposits and debits and administrating standing orders, these banks review the customer’s spending patterns, established commitments to help customers better understand how much cash they really have in hand. Oh, and making the experience enjoyable while they’re at it.

Tom Blomfield, founder and CEO of one of the most popular smartphone banks, Monzo, doesn’t believe that the incumbent banks are under immediate threat. He does, however, insist that they will have to change.

He told the People Tell Richard Stuff podcast: “Big banks don’t need to fail for startups to succeed. We’re still fractions of a percent of the market. But retail banks will look dramatically different in five years. They may not have to fail, but that’s not to say that some won’t,” he warns.

Mark Mullen is chief executive of Atom Bank and the former CEO of First Direct. His view is that the market is changing in response to customer needs and it really is time to move with the times.

“When regulation changes, banks change in response. The question is really what drives regulation. A lot of what we see today has been driven by the crisis but also a broader range of influences like advances in technology. The great majority of innovation in banking didn’t start anywhere near banking and so it’s had to respond.”

There can be no doubt that the Big Six have been slow to respond to the changes in the retail banking sector. Barclays only launched a mobile app in 2012 and the majority of mobile banking apps are simply a pared down version of online banking – in many cases, so pared down that the app still can’t perform simple tasks such as pay someone new without referring to the online portal.

Open banking looks set to be the real spanner in the works for banks. PSD2, the second Payment Services Directive will open up customer banking data (with consent under data protection legislation) to anyone the customer is happy to share it with.

This can include but isn’t limited to: online retailers, utilities, insurers… in fact, anyone who can provide the customer with great user experience and simple financial management under a trusted brand.

Being side-by-side, and in some cases having to cooperate with more nimble companies will be an unfavourable comparison – and may shepherd customers toward banks that can offer a more tech-forward solution.

Mullen explains the challenge ahead, for challenger banks as well as incumbents: “Open banking and PSD2 paved the way for an API economy in financial services. The acid test of whether it succeeds is less to do with technology or regulation. What will motivate customers to engage in a different banking model and fundamentally – what’s in it for them?

“We’ve lived with the universal banking model and the one stop shop. The open banking model has to be as convenient. I wouldn’t underestimate that. You can have a great reputation and tick the boxes you think are important and still struggle because the trade-off of effort versus return isn’t transparent.”

This still won’t necessarily drive the big banks into obsolescence but it will strip away the brand and service elements until our hallowed institutions are nothing but white label providers of banking functions. The account management, the ancillary services and the relationship will be with whoever can deliver consumer trust, 2018-style.

Mullen concludes: “This is a very big banking market and there are lots of opportunities for us to develop over the next five years. When PSD2 enacts in January, the world won’t be different but there will be a competition for customers and products over the year.”