Today marks the 30th anniversary of the day when the financial bubble, that resulted in the Dow Jones reaching a record peak of 2722 in August, burst in spectacular fashion. Following a fraught Friday on the New York Stock Exchange where the DJIA dropped sharply, the opening bell on 19th October started a selling onslaught […] 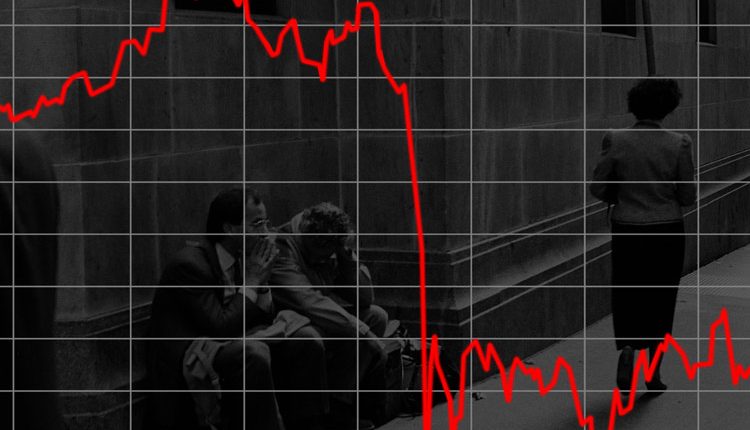 Today marks the 30th anniversary of the day when the financial bubble, that resulted in the Dow Jones reaching a record peak of 2722 in August, burst in spectacular fashion.

Following a fraught Friday on the New York Stock Exchange where the DJIA dropped sharply, the opening bell on 19th October started a selling onslaught and panic on the floor that hasn’t been seen since. We take a look back at Black Monday 1987 in numbers.

9am – The sounding of the opening bell that began the selling that almost crashed the entire American financial system.

4x – The amount the points drop on 19th October was bigger than the previous record.

604.33 million shares – Volume of shares on the New York Stock Exchange. A record at the time.

$1 Billion dollars – Value of Sell Orders reached by 10am on 19th October.

112 million – Shares lost by the Designated Order Turnaround System at NYSE as the computers buckled under the weight of sell orders.

$18.8 Billion – Market Value Lost By IBM on Black Monday. It was valued at around $62 Billion before Monday 19th October.

23pc – Drop on the FTSE 100 on Black Monday and Tuesday combined. The biggest ever in history and a figure that has never been seen since.

30.9% – Amount of American Express shares were reduced by during the trading day.

33 – Age of Paul Tudor Jones in 1987, when he and his colleague Peter Borish foresaw Black Monday.

$100 Million –  Amount Paul Tudor Jones made by shorting the market and ensured his legacy on Wall Street.

$1 Billion – Amount Sam Walton, reportedly America’s Wealthiest Man lost on the day.  ”It was paper when we started, and it’s paper afterward.” He said after the days trading.

$500 Million -Reported value of holdings in Allegis, Holiday, Bally and various other companies sold by future President Donald Trump in August that ensured he avoided any losses and became one of the few to make money on Black Monday.

10 – Number of the largest banks who extended credit to traders following the Federal Reserve statement.

$1 Trillion – Total loss of wealth by the close of play.

$10,000 – Cash withdrawn late on 19th October from his Bank by Allan Rogers, head of government bond trading at Banker’s Trust, and hid in his loft because he was so scared the whole banking system was going down.

7% – Percentage of stocks that didn’t even open the following morning.

10:00am – The rally is over and the Dow Begins to plummet once more.

11:28am – Time the Chicago Mercantile Exchange ceases trading on the S&P contract.

11:15am – Time on Tuesday 20th October traders and banks like Merrill Lynch, Goldman Sachs and Salomon requested John Phelan CEO of the NYSE perform a total shutdown due to lack of buyers.

285 – Price paid by Blair Hull on MMI Futures in Chicago sparking the rally that some say prevented a full blown crash.

62% – Amount made by Tudor Investment Corp. in October.

23000 – Number hit by the Dow Jones on October 18th 2017, almost 30 years on from Black Monday sparking fears another equity bubble may be about to burst.

Thanks to some quick responses from the Federal Reserve and a surprise market rally, the Dow Jones rallied enough to avoid a repeat of the Great Depression that had followed the Wall Street Crash of 1929 that bore many similarities to Black Monday in 1987.

The flash crash also led to several huge changes on Wall Street including a kill-switch on trading the S&P if it drops below 7% and an overhaul of the computer systems that had caused so many issues on that fateful day to ensure that the confusion and inability to trade would no longer be an issue. And while there have been monumental crashes on trading floors across the world, none seemed to repeat the speed and fear that occurred on the New York Stock Exchange on the 19th October 1987.

Rumour and conjecture abound in the financial world that lessons may in fact not have been learned, and that we may be in line for another Black Monday, especially given the DJIA topping the 23000 figure just today.  Analysts remain nervous, citing an 8-year bull market and reports of a hugely over-inflated US stock market.  One thing is for certain, no one at the New York Stock Exchange will want to see the markets offer up any sort of anniversary.