Climate Change: We Don’t Have Time

Ingmar Rentzhog is a Swedish entrepreneur who founded and serves as the CEO of We Don’t Have Time, a tech start-up aiming to become the world’s largest social media platform for the climate crisis. He is also a Climate Reality leader trained by US former Vice President Al Gore. Here Ingmar tells all about his […] 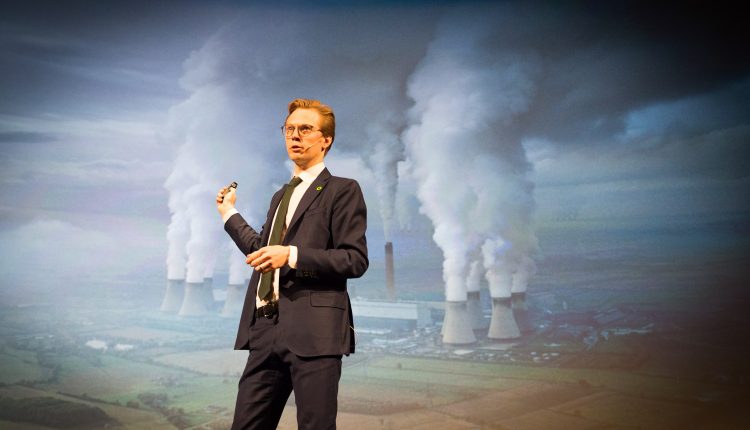 Ingmar Rentzhog is a Swedish entrepreneur who founded and serves as the CEO of We Don’t Have Time, a tech start-up aiming to become the world’s largest social media platform for the climate crisis. He is also a Climate Reality leader trained by US former Vice President Al Gore. Here Ingmar tells all about his company, its mission and accomplishments in its endeavour to raise awareness of and combat the ways in which we contribute to climate change before we run out of time. 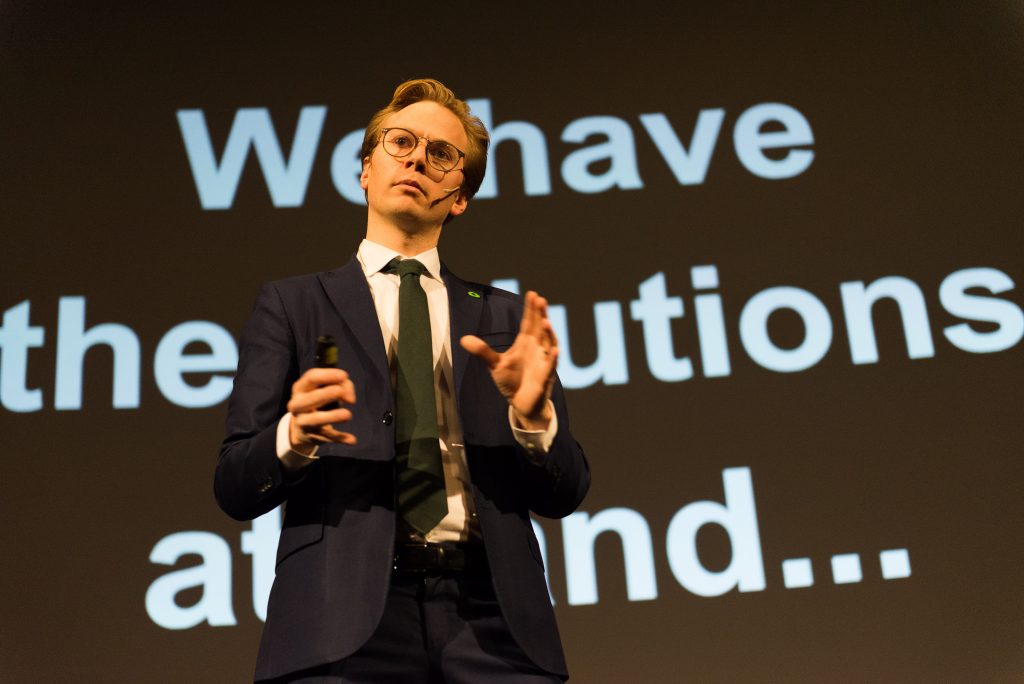 What inspired the foundation of We Don’t Have Time? How has it faired compared to your initial goals?

The election of Donald Trump for US President was a climate wake-up call. He got me and many others to wake up and realise that our leaders won’t solve the climate challenge by themselves. We are the ones who need to do it, all together. My first step was to set up a small team of professionals that I knew well, and like myself were dedicated to the cause. Earlier this year, we raised US$1.2 million through the equity crowdfunding platform FundedByMe. It was a success and we got 200% oversubscribed where we attracted over 430 investors from more than 15 countries all over the world, a mix of both ordinary citizens and angel investors. Right now, we are concentrating our efforts on building our platform. So far, as a kind of “teaser”, we have launched three action tools, one for sending climate love and climate bombs to chosen world leaders’ tweets, one for making a short selfie-video with a personal climate resolution, and a tool for carbon compensating your emails.

What motto does We Don’t Have Time live by? What is its long-term objective?

Our name – We Don’t Have Time – is our motto. We also have a manifesto on our website that basically states that climate change is an on-going catastrophe and that we need to act now. We all need to step up and come together.

The political and economic elites are clearly not taking climate change and the threat against our ecosystems seriously enough, or we wouldn’t be where we are today. We can’t trust that political leaders, government officials and financial stakeholders will do enough by themselves – the challenge is too great, the issue too important, the catastrophe too imminent. We believe that real change will only come if a movement of ordinary citizens from all over the world demands change. We must push them, ourselves, and our peers, to do much more, and faster. By building the world’s largest social media platform focused on climate change, you, me, my friends, your friends, our families, all and everyone – can be the change by the power of many.

If a large enough number of ordinary citizens come together to share information, policy proposals, solutions and demands for action, change will happen. Our platform could make that happen. Everyone – ordinary citizens, politicians, organisations and climate friendly companies could participate. We would like to involve everyone that shares our concern for the future.

The long-term objective is to acquire at least 100 million active users that can propel real change on our platform. This will be financed through a revenue flow from advertising by climate-friendly corporations that want to engage conscious customers. 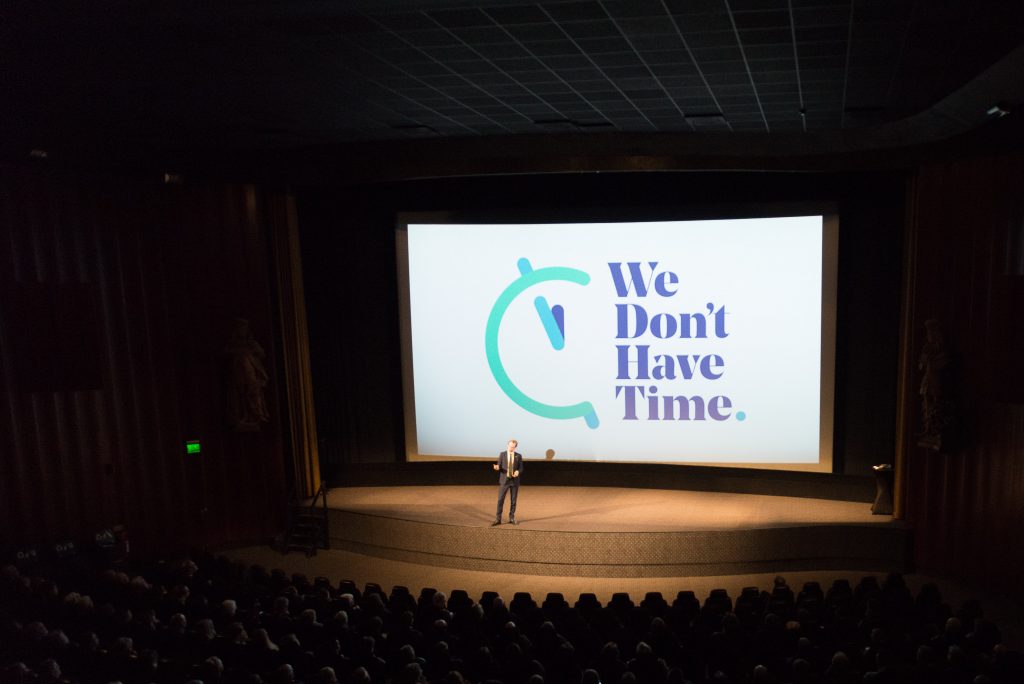 What impact has We Don’t Have Time made on its cause since its creation? Is it what you expected?

We launched the tools that I mentioned by hosting the world’s first “no-fly” global, climate conference, The 2018 We Don’t Have Time Climate Conference. Experts from all over the world participated on video call and in our studio. The conference attracted a global audience of 9,000 attendees from 90 countries. We haven’t launched the platform yet, but we publish blog posts regularly and are very active on social media. Over a million people either follow us, have interacted with our action tools, have watched clips from our launch or read our blog and our newsletter.

What is the current threat that climate change poses on the world and the economy?

We are already seeing it: Extreme weather, droughts, wildfires and floods. It will get worse. Climate change is an existential threat to our civilisation and thus, by extension, to the economy. We all, including investors and business leaders, have a moral obligation to take a long-term perspective, but it’s also in our self-interest. If we don’t solve this, the future will belong to warlords, not businesspeople. If you want to run a profitable company some years from now, then you need to focus less on maximising profit for the next quarter and more on how you and your peers can be part of the change that must happen.

What would you say is the vital first step in raising awareness of climate change?

It is to realise basic scientific facts about climate change. The level of CO2 in the atmosphere, global warming and the frequency of extreme weather events are undeniable facts that all point in a very alarming direction. Then you need to analyse the connection between your current lifestyle choices and green-house gas emissions. If you are a business leader, you need to analyse the carbon footprint of your organisation. From there, you can start making choices towards reducing your emissions.

What can we do as individuals to aid in the battle against climate change?

By making conscious, informed choices, and sticking to them. The best way to influence others is to set a strong example. Don’t try everything at once, instead try to become really good at something – for instance eat more green food – and be vocal about it. Above all, be a positive role model by showing your peers that you can come a long way by choosing a green alternative, be it a vegetarian diet, train travel, or something else. Show that living green is not a sacrifice, it’s a better lifestyle!

What importance does social media have in today’s professional business world and associated activism? How do you think this has changed over the years?

I think it’s beyond doubt that social media is a real game changer. Institutions and organisations don’t have the same control over their message and the image they project. So they must be much more proactive in terms of building relations with influencers and creating innovative strategies that work in today’s media landscape. It’s much harder for corporations to gloss over irresponsible behaviour. The crowd, or actually, the market, will immediately punish them for that. With We Don’t Have Time we want to accelerate this trend with a strong focus on sustainability.

What difficulties, if any, have you run into in the process of building We Don’t Have Time from the beginning? How did you work through them?

As a tech company, we are dependent on much sought-after, and expensive, technical competence and to continuously work hard on QA. It takes time to find, educate and manage the development team. I don’t think we have had more difficulties in this area than any other start-up, but it’s the single most challenging issue that we face, especially for a fast-growing company like ours. But that sort of makes sense, because developing the platform is key to building company value. 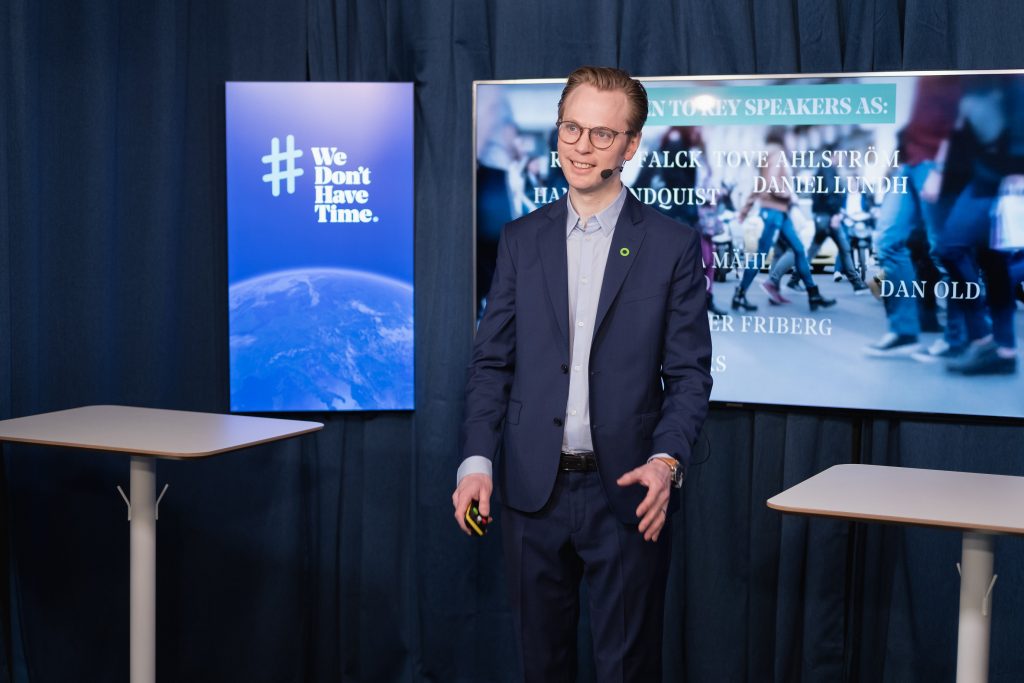 How have your previous experiences and professional roles prepared you to run this company?

What has been We Don’t Have Time’s greatest achievement so far? What would you attribute this to?

We have come from nothing and gained a fantastic reach. As I mentioned, over a million people have interacted with us through social media, our blog and our action tools. What makes me proudest is that we get daily requests from people that want to help our organisation from all around the world. For me, this is proof of concept. We are already attracting ordinary citizens that are concerned about this issue. When our platform is launched, they will join it and our movement will gain momentum.

What do you anticipate in the year ahead for We Don’t Have Time and yourself?

The launch of the first version of the platform will be a huge milestone for us. We also plan to follow up on our successful conference.

Find out more at wedonthavetime.org