The FinTech Sector is Here to Stay Despite Brexit

While the political and economic uncertainty surrounding Brexit continues, one thing remains certain - technological innovation will continue to disrupt the financial services industry. 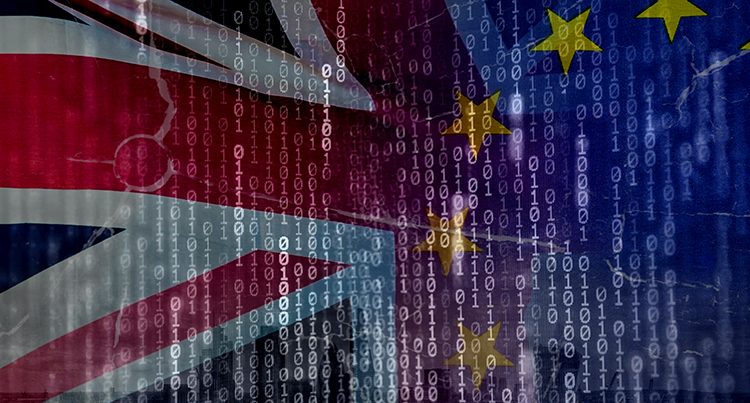 One sector at the forefront of this disruption is FinTech, in which firms enjoy cost bases lower than those of traditional banks and freedom from the restraints of branch networks and legacy IT systems. As such, they can provide faster services and more innovative products, thereby revolutionising systems and processes, says Rosanna Woods, Managing Director of Drooms UK.

Digitisation will be a priority for firms

FinTech trends have disrupted the industry for over a decade now, and I believe this is the year challenger banks will become prime targets for investors. Large FinTech firms – and traditional financial companies – will also be more likely to get involved in the M&A space as digitisation remains a major driver for deal-making.

In terms of funding, 2018 marked the best-performing year for UK FinTech M&A (US$457.8 billion), which shows that investors are still hunting for the next big FinTech investment. And although Brexit has brought a lot of uncertainty, it could also mean that investors have a lot of dry powder.

In the digital payments space, we have already seen the roll-out of digital payment methods, particularly via mobile, allowing consumers to make payments at a single tap of a card or mobile device. As banks continue to seek technologies to speed up customer service, they will look to FinTech companies to integrate with their own systems and enhance customers’ experiences.

In many ways, growth in FinTech innovation and M&A transactions each contribute to their own success. Businesses and investors are both attracted to opportunities that technology could bring in the industry, and its potential to automate services. This leads to several M&A transactions taking place for geographical expansion and technological innovation.

But will Brexit impact or slow down the developments of financial technologies in the sector? In my opinion, only moderately, if at all. In fact, Blackstone’s acquisition of Thomson Reuters (US$17 billion) last year shows that transaction values increased due to businesses continuously embracing innovation in digital banking, payments, and financial data services.

Although Brexit may have some impact on investors’ confidence in the UK, it is possible that they are simply biding their time. It is common for investors to practice caution when investing in foreign markets. But despite the transactional and regulatory uncertainty we currently face in the UK, I suspect that investors will see the growth in the FinTech space as opportunities to invest in emerging technologies.

Technology is not just the focus for investment, it is also helping the investment process too. In particular, it has paved the way to making the due diligence process for M&A more efficient and secure. The creation and utilisation of virtual data rooms to help solve the problems faced by dealmakers and investors has been embraced by the industry as good investments.

From a technology provider point of view, artificial intelligence, machine learning, and analytics have digitised the screening process of deals and greatly reduced the time undertaken for due diligence, as well as improving workflow. This is also true for many other sectors such as real estate, legal, life sciences, and energy.

As such, it makes sense to predict more investment in technology that will help the digital transformation of businesses, as demonstrated by Siemens’ investment in software companies in 2007, which generated US$4.6 billion in 2016.

Although Brexit may have some impact on investors’ confidence in the UK, it is possible that they are simply biding their time.

The heightened desire of investors to acquire businesses for digital transformation remains – as previously mentioned – one of the core drivers for M&A. Although Brexit may eventually present unexpected challenges to the FinTech sector, it will continue to thrive. This belief is supported by a report by Reed Smith that stated 31% of financial organisations plan to invest over US$500 million in the FinTech sector this year.

Taking stock of the aftermath left by the EU referendum, Brexit has undoubtedly created lingering uncertainties and ever-present threats to deal making. But the overall value of UK M&A activities between 2017 and 2018 shows that Brexit did not prevent UK M&A from performing. In fact, over 140 M&A transactions in Q1 2018 were FinTech deals.

This was due to many factors, such as the strong relationship between UK and US investors, as well as the pound’s devaluation after the EU referendum, which made cross-border deals more attractive for global investors and particularly those deals involving businesses specialising in RegTech and digital payments.

Although the on-going Brexit negotiations are not going well and that a no-deal Brexit, despite not being ideal, is still a real possibility, recent history suggests that the FinTech M&A sector will not be as heavily affected as it might seem. The signs indicate that investors will continue to pursue new technologies that can help make business operations more efficient.

What concerns businesses and investors in the UK is the fear that London may lose its crown as a FinTech hub. They will be looking for a Brexit deal that replicates the passporting rights the City currently enjoys and would also allow the UK economy to grow by about 1.75% by 2023 (as firms continue to trade in the City).

Moving forward, the difficulties Brexit presents are not insurmountable for the FinTech sector. It will continue to grow and disrupt the industry – whether the UK leaves the EU with a deal or not – and although it is wise to make contingency plans, businesses should avoid making drastic decisions. The FinTech sector is here to stay and it is well-equipped to withstand the many challenges ahead.