Most people probably think Bill Gates is still the richest man in the world. Granted, he once was, but he was never the richest person that ever lived.

According to Bloomberg’s Billionaires Index, in 2018, Jeff Bezos, Founder and CEO of Amazon, took up the throne as richest man alive, having crossed the $150 billion mark and replacing Bill Gates, Co-Founder or Microsoft, who held the position for several years, and whose all-time high net worth was valued at just above $100 billion in 1999.

However, throughout history, there have been richer men. Yet sadly, no richer women. Taking into account inflation and the value of wealth held, Jeff Bezos actually sits much further down in the richest people ever list, with the likes of Genghis Khan and John D. Rockefeller taking precedence.

But who is truly the richest person that ever lived?

At an estimated value of $400 billion, Mansa Musa I of Mali is the richest person who ever lived. Born in 1280, Mansa Musa was ruler of the Malian empire, and acquired the most part of his wealth from the production and trade of salt and gold; more than half of the world’s supply at the time in fact. 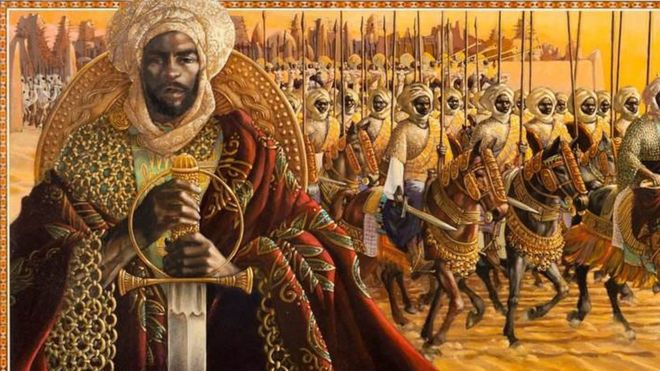 You’ve likely never heard of this ruler, unless of course you live in a country that was heavily influenced by his rule, which would be several African countries with Muslim heritage. Still today there are mosques standing that were built on the back of Musa’s immense wealth.

Dying in 1337, Musa left his huge amount of money to his heirs, who not only squandered the best part, but failed to protect the family worth just two generations down the line, when the empire was overturned in civil war and conquered by invading foreign nations. Musa was the tenth Mansa of the Malian empire and ruled over the better part of what was previously the Ghana empire, today known as Mauritania and Mali. 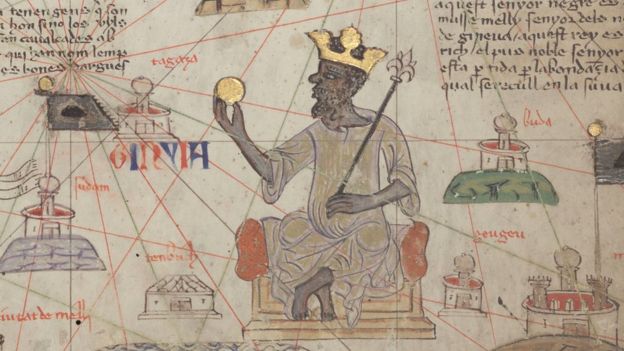 His titles, surprisingly unrelated to his stacks of cash, include among others: “Emir of Melle,” “Lord of the Mines of Wangara,” and “Conqueror of Ghanata.” According to David C. Conrad’s “Empires of Medieval West Africa: Ghana, Mali, and Songhay,” during his rule, Musa conquered 24 cities and their surrounding districts, amassing wealth left, right and centre. On top of this, he was the world’s biggest gold producer and distributor, as gold was a highly sought commodity at the time, and an important indication of status and affluence.

TED Ed reports that in order to fulfill one of the five pillars of Islam, Mansa Musa made a 4,000 mile pilgrimage to Mecca, and spent silly amounts of cash in doing so, as of course a Mansa as such had to travel in both style and luxury. TED Ed writer Jessica Smith says: “Not one to travel on a budget, he brought a caravan stretching as far as the eye could see.” The 60,000 strong caravan was rumoured to have included 1,000 helpers, 100 gold-packed camels, endless musicians the Mansa enjoyed, and 500 or more slaves with golden staffs.

Alongside his heritage Musa’s assets are estimated to be worth an inconceivable amount, and although historians and economists have rounded said value to around $400 billion, according to Time magazine: “There’s really no way to put an accurate number on his wealth.” In fact, some believe that Mansa Musa’s incredible fortune may have been slightly exaggerated by his contemporaries, and that the Rothschild Family, the most successful banking family in history, may be in fact the front runner for the richest person/persons who ever lived.

“There’s really no way to put an accurate number on his wealth.”

Nonetheless, this legendary ruler stands among the richest of the rich, and while today’s generations may have forgotten him, time remembers him through the many monuments, mosques and madrasas that he had built and still stand in Gao and Timbuktu, but more notably, the Sankoré University, which today is a fully staffed university with over 25,000 students and one of the largest libraries in the world at roughly 1,000,000 historical manuscripts.

Bill Gates and Jeff Bezos are names we hear daily nowadays, and names we most associate with real billionaires, but these guys aren’t much in comparison to Mansa Musa, the richest person who ever lived.

Something For the WeekendBusiness & EconomyEditor's Choice

Insurance Trends To Pay Attention To In 2022