Thomas Cook: How Struggling Businesses Can Come Back from the Brink 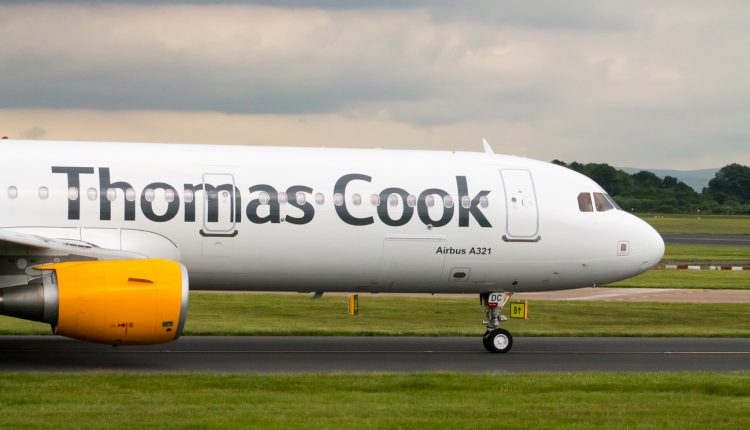 Here negotiations expert at Huthwaite International, Neil Clothier offers exclusive commentary about why negotiations so often fail for businesses on the brink of collapse.

Brexit, the gig economy, the death of the high street, mismanagement wherever the blame may lay, some of the UK’s biggest brands have collapsed in the past five years. From Thomas Cook to Bury FC, the past month alone has seen some shocking negotiation fails. Begging the question, why? Why are some of the Globe’s biggest and most prestigious brands struggling to bring it back from the brink? Why are, presumably, some of the nation’s most senior negotiators struggling to secure deals at the final hour?

The most recent Thomas Cook case is no exception. As a household name and go-to travel agent for UK families for well over a century, this company has self admittedly failed in securing rescue funds and in turn has collapsed. But why?

Thomas Cook was outdated. The rise of the digital economy has seen consumers moving online to book their holidays, and a fast-paced gig economy has seen side offerings such as travel insurance and money being challenged by new and aggressive brands that are more than happy to steal market share from sleeping giants.

Whilst not all businesses can be accused of being sleeping giants – take Bury FC for example – they can be accused of either mismanagement, or failing to embrace the opportunities presented by a shifting consumer mindset. What we’re saying here is that mismanagement doesn’t just include questionable investments and a lack of attention to important matters such as business growth (), it also reaches to matters such as the effective management of contracts, supplier management and procurement.

Time and time again we see struggling businesses, from Debenhams to Toys R Us, BHS to HMV focusing heavily on securing investment at the last hour. But surely, if these cases prove anything, it is that this approach is fundamentally flawed and often does not work.

While desperate boards scratch their heads and frantically seek out investors, they are failing to see what a real negotiation comprises and how this forms the very fundamentals of business management. There are two considerations overlooked as part of this.

Firstly, there are a whole host of negotiation fails that can seriously impact the effectiveness of getting a good quality deal. Secondly, negotiations should not be viewed as the last resort, but should instead form a part of every businesses’ strategy from the offset. A systematic approach to negotiations is a proven tactic of thriving business, in fact UK businesses that implement a systematic approach to their strategy see on average growth of 42.7% over those that do not. So, the answer, in short, negotiate well and as part of day to day business.

Of course, understanding how to execute exactly that is no easy feat, not least when you’re at the brink of disaster.

More often than not, negotiations fail due to a lack of understanding around the important role human behaviour has to play as part of any business transaction. There are numerous fails when it comes to negotiating, and even the most accomplished negotiators are guilty of falling fowl of these fails.

This is particularly prevalent when emotions are running high and the pressure is really on. There may be a desperate plea by those seeking funding to have their tale of woe heard by a potential investor. Struggling businesses will attempt to pull on the heartstrings of a prospect. But nobody ever left a negotiation feeling positive about a desperate case. Instead, these negotiations should focus on what is truly on offer. More often than not it is a powerful brand, a proven (if not archaic) infrastructure, loyal staff, a portfolio of quality suppliers and lots of assets. It’s called understanding the value proposition and it’s about knowing and understanding worth.

Once it is established what really is on offer, it’s vital to gauge a true understanding of what it is exactly that a potential investor may be interested in. This can be done by asking questions, and plenty of them. It is vital to understand why a potential investor is around the table in the first place. What do they really want out of a potential deal? What are they willing to concede and what do they view as being the most valuable aspect to the negotiation? In other words, where will they flex and where will they stick. By listening to and establishing these needs and wants in advance, negotiations can be shaped around these requirements.

Alongside this, there are of course plenty of other considerations when negotiating. From failing to prepare for failure, meaning there is no back up plan, to assuming a poker face, which becomes off-putting to investors, there are a whole host of negotiation myths that are adopted around the negotiation table and often cause negotiations to breakdown, simply because rapport is poor.

Will the Government Save Flybe from Collapse? Thomas Cook Aftermath: When Liquidation Delays Take Off

Of course, there’s one way that all the hassle of seeking funding can be avoided altogether. Avoid the brink full stop. Easier said than done, but there are key considerations businesses can implement to help reverse their fortunes.

When thousands of jobs are in jeopardy, investors and shareholders want fast answers and cost cutting, redundancies and short-term sales pushes are often the go-to solutions. But a long-term strategy is needed if a business has any hope of survival, and this lies in effective negotiations.

Negotiations should have been the go-to solution way in advance of Thomas Cook’s situation, and indeed in any business’ situation when finding themselves with tumbling profits. Negotiations are important not only in order to reduce overheads with current suppliers, but when looking at new ways of working, and new companies to work alongside. Thomas Cook is not alone, this is something that the entire high street is suffering with, but many overlook the crucial role that strategic negotiation can play.

Applying a systematic approach to negotiating on every deal can bring major benefits, and the “negotiate with us or we go out of business and you lose us as a customer” position can be used as leverage.  In the short-term, particularly at times of trouble, this approach is essential.   Businesses in this situation need to consider the areas in which the opportunity to negotiate to save money and improve cash flow is available across the entire organisation. This includes a whole range of considerations – Huthwaite research data shows that six out of the top ten most effective margin maximising strategies relate to negotiation. These being: Improving productivity (53%), Reducing overheads (53%), Cost-effective purchasing (50%), Improving customer retention (49%), Reducing fixed costs (48%), Managing general operating costs from suppliers (41%).

When all is said and done, negotiations are an essential tactic that can truly save the fates of misfortune for companies across the UK, regardless of their size. Whether a business is on the very edge of collapse, desperate to claw back some control, or futureproofing for a rainy day, effective and systematic negotiations are nothing short of essential. I’ll say it again, if you want to avoid the brink negotiate as part of day to day business, if you’re on the brink, negotiate well.