The new figures from the ONS were released hours after the unveiling of Chancellor Rishi Sunak’s “winter economy plan”. 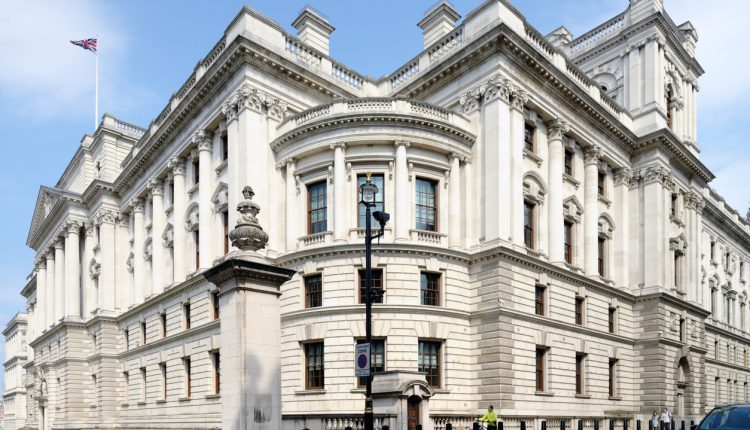 New data released by the Office for National Statistics (ONS) showed that HM Treasury borrowed £35.9 billion in August – the highest for any August month and the third-highest monthly amount since records began in 1993. The figure represents a £30.5 billion increase from August 2019, owing to the UK government’s efforts to fund its economic relief measures while also tackling the continued spread of COVID-19.

Borrowing between April and August reached £173.7 billion, £145.9 billion higher than the same period in 2019 – another record.

However, the figures fell below expected levels; Pantheon Macroeconomics’ aggregated average of analysts’ predictions forecasted £38 billion worth of borrowing in August.

The new figures were released a day after Chancellor Rishi Sunak announced a raft of measures to bolster the UK economy during the winter months. The most significant addition was the Jobs Support Scheme (JSS) that will replace the currently existing furlough support scheme when it expires at the end of October.

The JSS will support employees in “viable” jobs by topping up the salaries of those who have returned to work but have had their hours reduced. Additional measures  in the plan include new grants for self-employed workers until 30 April 2021 and an extension of the government’s emergency business loan schemes.

The Internationalist Toolkit: The Ever-Changing “Traditional” Bank US Banks Prepare for Regulatory Scrutiny Over COVID-19 Loans

Separate figures released by the ONS on Thursday estimated that around 12% of the UK’s workforce remained on partial leave or full furlough earlier in September.

The UK government’s total debt stood at £2 trillion during August, exceeding the size of the country’s entire economic output. With the new borrowing taken into account, this debt has now reached £2.024 trillion.