What is DeFi – the Future of Finance, or Just Hype?

The continuing rise of cryptocurrency and NFTs has shown the potential for decentralised finance to become a crucial part of our way of life. 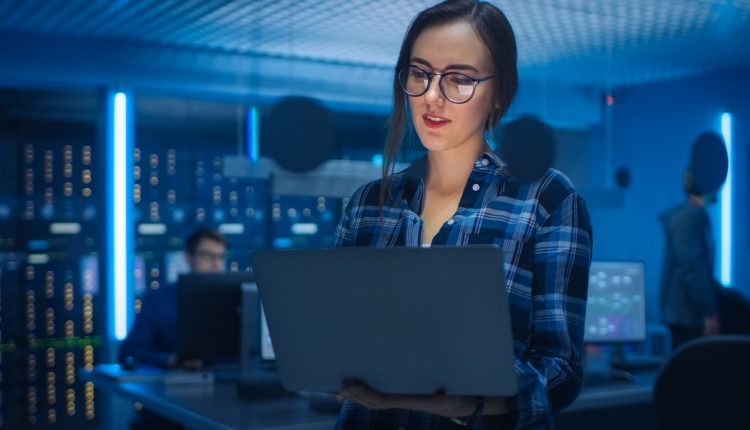 Shane Neagle explores what DeFi is and what it means for the future of the financial services sector.

Throughout humanity’s long history, there were not that many thresholds after which nothing remained the same. The first major threshold represented a shift from hunter-gathering to agriculture, which led to the formation of cities, inevitably leading to metallurgy and the industrial revolution. In turn, after each threshold has been crossed, we have seen greater acceleration of innovation and economic growth.

Our modern era has been marked by the most important threshold of them all – digitisation – transforming real word assets into fungible and infinitely replicable bits. As a result, a book can be almost instantaneously downloaded at the speed of light to whoever needs it, effectively for free. This alone represents a far cry from the revolutionary Gutenberg printing press.

However, the world of finance has been missing the key ingredient to fully undergo digitization. Having electronic payment systems to move around representations of money is one thing, but having natively digital money is altogether another problem. One that many believe has been solved by the pseudonymous Satoshi Nakamoto, who ushered in blockchain technology manifested through the world’s first cryptocurrency – Bitcoin (BTC).

Blockchain Tech as a Digital Recreation of Money

Before blockchain came along in 2009, what would it have meant to digitise money? How could it retain value without being attached to some externality? We measure value with money because it is fungible, but how would we make money digital, fungible, and incorruptible? Otherwise, a string of numbers as a digital code would fail to render any meaning, or value.

Blockchain provides those boundaries that wall off potential corruptibility by relying on a decentralized digital record. Spread across a network of computers, blocks represent records of transaction, cryptographically (SHA-256 encryption) linked into chains. Therefore, when a single block is added – transaction conducted – it has to be verified across a majority of the network of thousands of computers holding the complete blockchain ledger.

In turn, every transaction is traceable. Most importantly, with constant verification of the entire network by Bitcoin miners, it is virtually impossible to be hacked. If someone generates a fake transaction, it would fail to generate a solvable hash, which would reveal it to miners. Although this has the effect of consuming electricity comparable to Argentina, it simultaneously made it so that Bitcoin grew to over $1 trillion in market capitalisation, as a leaderless, decentralised, unassailable and deflationary digital money, aka “digital gold”.

Decentralised Finance as the Final Piece of the Digital Money Puzzle

Bitcoin, as a native digital currency, turned into a massively successful proof of concept. It continues to onboard institutional investors, from MicroStrategy to Tesla, both as a hedge against inflation and as a payment method. However, Bitcoin still exists squeezed within a centralised financial system, dependent on the on/off ramp of fiat currency.

What if the entire financial infrastructure, from banks to clearinghouses and exchanges, can also be digitised in a decentralised manner? Although blockchain technology made digital money possible, not all blockchains are created equal. Bitcoin’s blockchain was designed as secure and conservative, while others are more flexible.

Ethereum is one of them, launched in 2015 by Vitalik Buterin. While Ethereum’s native cryptocurrency (token) – ETH – doesn’t have a hard cap supply like Bitcoin, its value proposition is in utility. Thanks to its programmable blockchain, Ethereum hosts almost the entirety of dApps – smart contracts that are executed when conditions are triggered. This makes it possible to create blockchain games, NFT marketplaces, decentralized exchanges (DEX), and most importantly – DeFi – Decentralised Finance.

The scandal involving Citadel hedge fund and Robinhood trading app demonstrated in no uncertain terms the foibles of a financial system dependent on intermediaries.

Whether you want to trade with large market cap blue-chip stocks or dubious stocks like GME, such a system doesn’t inspire confidence if its underlying mechanisms can be upended with a pulling of hidden levers. Thanks to smart contracts – dApps – decentralised finance eliminates such risks. This means that you can engage in:

Alongside smart contracts, the underlying constructs powering DeFi are:

Moreover, DeFi no longer presents an isolated system reserved for altcoins. The defining trait of DeFi is constant innovation, befitting such advanced digital technology. Just last month, the Synthetix platform made it possible to connect traditional assets like stocks and equities to the DeFi ecosystem. In the coming months, you will start to hear more about such assets – synths or synthetic stocks.

Such bridging assets means that one could start trading with stocks on a DeFi protocol, and even engage in shorting. This was made possible by Chainlink (LINK) – a decentralised oracle protocol that feeds smart contracts with off-blockchain data, including those from the banking infrastructure and stock markets.

Given that DeFi exploded in value since last summer, it would be more accurate to frame DeFi’s current flaws as birthing pains. As you would guess, much of it stems from security issues – hackings and exploits. CipherTrace estimated that the DeFi market lost $2.7 billion last year due security breaches.

This largely originates from Ethereum’s flexibility as a programmable blockchain. Like smart contracts, it is entirely open-source, which is good for the growth of the space as it allows viable alternatives to emerge, Polkadot being one of the more rapidly growing ones. Although all major smart contracts are regularly audited by professional security companies, they too can miss exploits, as we saw with Yearn.Finance.

However, that doesn’t mean that insurance too cannot be decentralised. Indeed, such solutions are already in full swing: Nsure.Network, CDx, Cook Protocol, Etherisc, and the most popular one so far – Nexus Mutual.

Outside of these technical issues, DeFi has all it takes to fully tokenize and decentralize the world’s financial system if it is allowed to evolve. This may collide with governmental interests, but if we take into account 1.7 billion unbanked adults, and the growing threat of deplatforming in the developed world, this should serve as a strong force to drive DeFi across the new threshold.