PayPal is no stranger to making waves in the world of fintech, but the news that the finance giants are considering a move into the retail investing landscape is likely to cause a splash in an industry that’s undergone a rapid rise in users since the emergence of the Covid-19 pandemic. 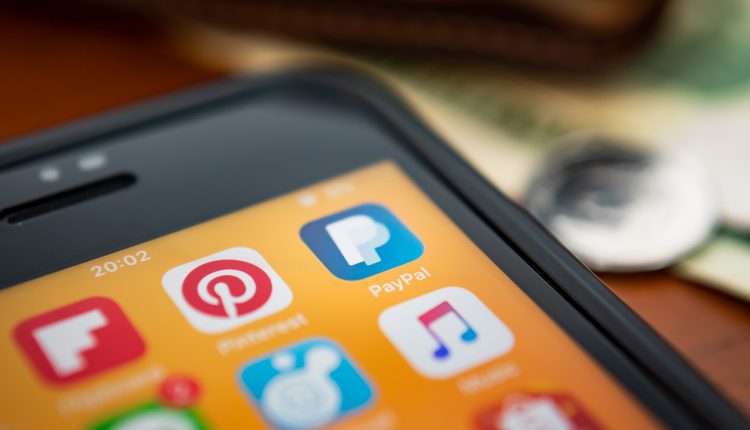 In August, news broke that PayPal was exploring the possibility of creating a stock trading platform. This marks a considerable inroad towards retail investment, having rolled out the ability for customers to trade cryptocurrencies last year.

The company has even hired brokerage industry veteran Rich Hagen as part of the move – who has reportedly become CEO of a previously unreported division of PayPal called Invest at PayPal.

As the chart above shows, PayPal’s potential foray into the world of retail investing may have been sparked by significant growth in the user base of online brokerages throughout 2020. While the pandemic may have aided new customers in making their first trades through stimulus packages and the free time afforded by social isolation measures, it’s also worth noting that brokerages have become far more popular since adopting zero-commission payment for order flow operating models.

So far, 2021 appears to be telling a similar story in terms of mass retail investor growth around the world, and experts believe that PayPal is eager to tap into this rise in adoption.

“The surge in retail investing, as well as the knowledge that more than 10 million new investors entered the market in the first half of 2021, are driving PayPal’s interest in this industry,” explains Maxim Manturov, head of investment research at Freedom Finance Europe. “PayPal wants to ride this wave while also keeping up with the competition. Since then, Robinhood Markets, Inc. has grown to over 22.5 million net accounts by the conclusion of the second quarter of the 2021 fiscal year, an increase of 129.6% year over year.

Meanwhile, Square, Inc., PayPal’s main competitor in the payment processing sector, has already incorporated features to its Cash App payment service that make it easier to trade equities and cryptocurrencies. And this is a major milestone in the evolution of the PayPal ecosystem. PayPal is a well-known brand that handles 22% of all online transactions in the United States and has a high degree of consumer trust. These criteria indicate that if it enters the retail investment market, it will be rewarded with a more extensive user base.”

PayPal will be aiming to leverage its industry muscle to compete with established online brokerages like Robinhood. Today the payments giant is responsible for leveraging 22% of online transactions in the US, while also retaining a relatively high level of consumer trust along the way.

With such significantly high total payment volumes around the world, PayPal could feasibly enter the market as the largest brokerage on the planet, with some 400 million customers already in place worldwide.

PayPal’s global reach may also help on its path to prominence, with the possibility of accessing markets that the likes of Robinhood haven’t yet accessed, due to Robinhood only being available for US-based customers at the time of writing. However, some market commentators have expressed their fears that, although PayPal boasts a significant global user base, it may be too late for a party that’s been building throughout 2020.

Late To The Party?

Despite its huge volume of users, PayPal may still run into trouble winning over retail investors for their new service – particularly in the US where Robinhood has already performed exceptionally well in months.

In conversation with Motley Fool’s Industry Focus host Jason Moser, financial planner, Matthew Frankel expressed his bafflement that PayPal had taken so long to push forward with plans to launch their own online retail brokerage.

“My other adjacent thought to that is, are they late to the party? Has everyone else already scooped up that? Stock trading exploded in the middle of 2020,” Frankel added, noting that in missing the pandemic investment gold rush, PayPal may find itself at a disadvantage in winning over users who may have already acquainted themselves with other brokerages.

As the data above shows, Robinhood’s monthly active users swelled to 20 million in the early months of 2021 – owing to the sheer volume of coverage that the platform received in the wake of the Gamestop short squeeze. The trading app has now become synonymous with meme stocks and although its reputation has taken knocks from many Wall Street stalwarts like Warren Buffett, it didn’t stop Robinhood from going public in the summer of 2021 and attaining a sizeable market cap of around $35 billion at the time of writing.

However, PayPal is far longer in the tooth than Robinhood and the company’s market cap of $316 billion shows that it certainly has the resources to make a success of whatever new concentration it turns its hand to. Winning over Robinhood’s network of retail investors may be one thing, but PayPal certainly has the ability to mount enough of a campaign to woo new users.

However, a bigger hurdle may be lurking around the corner in the form of the regulatory boundaries that PayPal will need to navigate. If PayPal wants to create its own brokerage subsidiary, regulatory approval will need to take at least eight months to complete. The US Securities and Exchange Commission (SEC) has already made it clear that it’s concerned about the level of ‘gamification’ taking place in the retail investing market of late – and the arrival of new key players may compound those fears.

Ultimately, the unease of the SEC may cause the required approvals to take longer, while the commission has also made it clear that it’s considering imposing a ban on the popular payment for order flow investing models that have helped to bolster the revenue of Robinhood and many other industry leaders.

Should PayPal opt to create its own retail investing tool, it will be entering an industry that is perhaps at its most volatile stage. However, with an ever-growing base of active users, PayPal is aware that it’s tapping into an industry that’s become extremely popular in recent months. With the right navigation, the payment giants may be able to hurdle its uncertainty and make a big splash in the ever-popular retail investing landscape.

How to improve the LMS’s ROI for startups

Exploring The Role Of ChatGPT And The Metaverse